The durability of Conservatism has depended, to a great extent,
on it being a disposition rather than a philosophy.
What marks Conservatives out, across the generations,
and whatever the environment they operate in,
is an attitude of mind rather than an adherence to dogma.

And that disposition
- skeptical, cautious, pragmatic, sensitive to the local and the particular
- has been politically successful because it has been in tune with human nature.

Government does not, and can not, Love, Care, or Give a Damn
Any group of individuals larger than about 150 (Dunbars Number)
ceases to be able to care about each other, as individuals
Love of Thy Neighbor as Thyself atrophies,
Our Vision of the Second Great Command Dies
The people “cared for” by Government are treated like livestock

Caring in society is best achieved by the smallest groups possible,
Families are the prototype, Churches are an excellent example.

Classic Liberals and Conservatives should be complimentary
Like an accelerator and a brake in a car
Different tasks, but balance each other for proper function
They Should actually honor each other, and be respectful

What is seen in society now is a catastrophic failure of primary Virtues,

Replaced by the false gods of “Values” and “Money”
I want what I want when I want it...

People see what they look for

The Gods of the Copybook Headings

AS I PASS through my incarnations in every age and race,
I make my proper prostrations to the Gods of the Market Place.
Peering through reverent fingers I watch them flourish and fall,
And the Gods of the Copybook Headings, I notice, outlast them all.

We were living in trees when they met us. They showed us each in turn
That Water would certainly wet us, as Fire would certainly burn:
But we found them lacking in Uplift, Vision and Breadth of Mind,
So we left them to teach the Gorillas while we followed the March of Mankind.

We moved as the Spirit listed. They never altered their pace,
Being neither cloud nor wind-borne like the Gods of the Market Place,
But they always caught up with our progress, and presently word would come
That a tribe had been wiped off its icefield, or the lights had gone out in Rome.

When the Cambrian measures were forming, They promised perpetual peace.
They swore, if we gave them our weapons, that the wars of the tribes would cease.
But when we disarmed They sold us and delivered us bound to our foe,
And the Gods of the Copybook Headings said: "Stick to the Devil you know."

On the first Feminian Sandstones we were promised the Fuller Life
(Which started by loving our neighbour and ended by loving his wife)
Till our women had no more children and the men lost reason and faith,
And the Gods of the Copybook Headings said: "The Wages of Sin is Death."

In the Carboniferous Epoch we were promised abundance for all,
By robbing selected Peter to pay for collective Paul;
But, though we had plenty of money, there was nothing our money could buy,
And the Gods of the Copybook Headings said: "If you don't work you die."

Then the Gods of the Market tumbled, and their smooth-tongued wizards withdrew
And the hearts of the meanest were humbled and began to believe it was true
That All is not Gold that Glitters, and Two and Two make Four
And the Gods of the Copybook Headings limped up to explain it once more.

As it will be in the future, it was at the birth of Man
There are only four things certain since Social Progress began.
That the Dog returns to his Vomit and the Sow returns to her Mire,
And the burnt Fool's bandaged finger goes wabbling back to the Fire;

And that after this is accomplished, and the brave new world begins
When all men are paid for existing and no man must pay for his sins,
As surely as Water will wet us, as surely as Fire will burn,
The Gods of the Copybook Headings with terror and slaughter return!

It is not the critic who counts; not the man who points out how the strong man stumbles,
or where the doer of deeds could have done them better.
The credit belongs to the man who is actually in the arena,
whose face is marred by dust and sweat and blood; who strives valiantly;
who errs, who comes short again and again,
because there is no effort without error and shortcoming;
but who does actually strive to do the deeds;
who knows great enthusiasms, the great devotions;
who spends himself in a worthy cause;
who at the best knows in the end the triumph of high achievement,
and who at the worst, if he fails, at least fails while daring greatly,
so that his place shall never be with those cold and timid souls
who neither know victory nor defeat.

Anonymous Modern slaves are not in chains, they are in debt.

Proverbs 22:7 (NIV), “The rich rule over the poor, and the borrower is slave to the lender.” 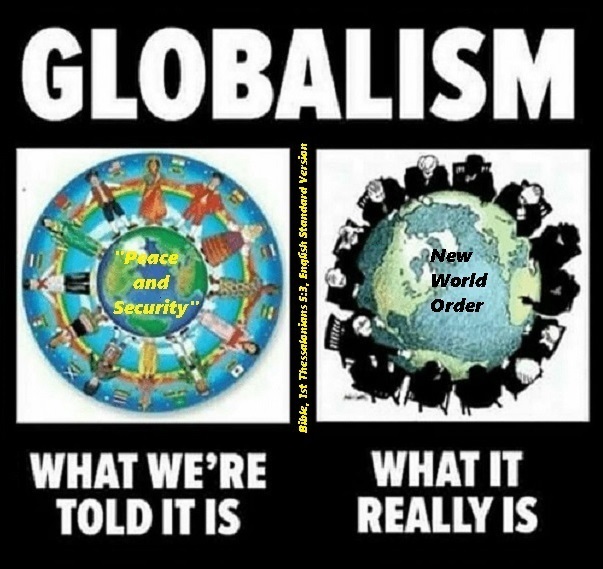 "You cannot help the poor by destroying the rich. You cannot strengthen the weak by weakening the strong. You cannot bring about prosperity by discouraging thrift. You cannot lift the wage earner up by pulling the wage payer down. You cannot further the brotherhood of man by inciting class hatred. You cannot build character and courage by taking away people's initiative and independence. You cannot help people permanently by doing for them, what they could and should do for themselves."

This is the MAGA message

Socialism is a philosophy of failure, the creed of ignorance, and the gospel of envy, its inherent virtue is the equal sharing of misery.

The Stranger within my gate,
He may be true or kind,
But he does not talk my talk–
I cannot feel his mind.
I see the face and the eyes and the mouth,
But not the soul behind.

The men of my own stock,
They may do ill or well,
But they tell the lies I am wanted to,
They are used to the lies I tell;
And we do not need interpreters
When we go to buy or sell.

The Stranger within my gates,
He may be evil or good,
But I cannot tell what powers control–
What reasons sway his mood;
Nor when the Gods of his far-off land
Shall repossess his blood.

The men of my own stock,
Bitter bad they may be,
But, at least, they hear the things I hear,
And see the things I see;
And whatever I think of them and their likes
They think of the likes of me.

This was my father’s belief
And this is also mine:
Let the corn be all one sheaf–
And the grapes be all one vine,
Ere our children’s teeth are set on edge
By bitter bread and wine.

Lots of trees, mountains, hills, lakes and streams. No room for stores.
It’s really easy to buy a gun.
Prices for housing are too low.
Food is cheap.
Most of the people are patriotic. What’s worse, they’re honest.
There’s no income tax, so I don’t think the state will improve much.
Those TVA lakes are just miserable
Dolly Parton music is high art
The Smokies are just crawling with damn Yankees and tourists from Floriduh
Towns like Oak Ridge are just intellectual wastelands
The color Orange is everywhere

Save yourself, stay away
I live here, and I’m an asshole.

All the other stuff is cognitive constructs
Or Med/Surg monsters

"I must not fear.
Fear is the mind-killer.
Fear is the little-death that brings total obliteration.
I will face my fear.
I will permit it to pass over me and through me.
And when it has gone past I will turn the inner eye to see its path.
Where the fear has gone there will be nothing. Only I will remain."

But Praying for God's Kingdom