By now you've heard that Nancy Pelosi is describing the Chinese Wuhan CCP virus as the "Trump virus."  Well, there may really be a Trump virus and it might just be about to strike. This one could induce fever, chills and anxiety. It also might induce jail time. On Twitter it was alleged that Mark Meadows is predicting "imminent" arrests. No vaccine is going to help.

We here have long been asserting that Obama and his minions in the FBI and others spied on Trump and now concrete evidence is finally seeing the light of day. You will remember that James Comey took copious notes of every meeting he had with Trump which was way out of the normal process. He wasn't briefing Trump as he testified- he was interrogating Trump. Many in the Trump campaign were being interrogated. The plot to remove Trump was underway in early 2016 but was in earnest by Aug. 15:

On Aug. 15, 2016, Peter Strzok texted his lover @NatSecLisa about his "insurance policy" against Trump.

On Aug. 16, Strzok opened an FBI investigation against Flynn.

On Aug. 17, Strzok sent an FBI agent to stage a fake briefing to spy on Flynn and Trump.

Trump and Hillary, candidates for President, were supposed to receive defensive briefings from the FBI only the FBI used the opportunity to spy on Trump and set up Michael Flynn.

In one of the documents declassified and released on Wednesday, FBI supervisory Special Agent Joe Pientka wrote that he deliberately used the briefing to “actively listen for topics or questions” from Trump “regarding the Russian Federation.” Rather than provide the Trump campaign a specific warning that certain campaign principals were being targeted by Russian intelligence, the FBI instead gave a general, non-specific warning that foreign intelligence services might eventually target the campaign. Pientka’s written summary of the briefing noted that Trump, Michael Flynn, and former New Jersey Gov. Chris Christie were the only three Trump campaign members in attendance. Christie’s attendance had not previously been disclosed. The August 17, 2016 meeting came the day after the FBI opened a formal counterintelligence investigation against Flynn and just two days after FBI counterintelligence official Peter Strzok texted his former lover, FBI attorney Lisa Page, about an “insurance policy” he had designed to keep Trump from becoming president.

This followed the infamous Strzok text:

“I want to believe the path you threw out for consideration in Andy [McCabe]’s office—that there’s no way he gets elected—but I’m afraid we can’t take that risk,” Strzok texted Page on August 15, 2016. “It’s like an insurance policy in the unlikely event you die before you’re 40….” The very next day Strzok opened an investigation of Flynn then used the pretext of a defensive intelligence briefing to collect intelligence on both Flynn and Trump on August 17.

Flynn would have learned very quickly what was happening to the Trump team, i.e. the illegally premised FISA warrants on Carter Page and more. He had to be taken out.

The meeting was conducted by Joe Pientka as noted. Pientka testified to OIG Horowitz that his effort was to “gain assessment and possibly have some level of familiarity with [Flynn].” As in, something he could use to impeach Flynn

Pientka told the OIG that he was selected to attend on behalf of the FBI so he could “record” or “overhear” from Trump, Flynn, or Christie “any kind of admission” that they were colluding with the Russian government to steal the election from Hillary Clinton. Pientka also added that he wanted to get a baseline impression of Flynn’s “overall mannerisms” in case he needed to later use that information against him.

Pientka would later interview Flynn in the White House. Comey sent him over to the White House, bypassing the proper channels. It was a perjury trap, interviewing Flynn about his call to Russian Ambassador Kislyak.

“We just decided, you know, screw it,”

Comey decided to screw Flynn. At first Flynn was cleared, but months later was charged with perjury. It seems likely that the Flynn 302's were altered to accommodate the charges.

After the ambush meeting Pientka's notes were approved by FBI Attorney Kevin Clinesmith, who altered an FBI official document to make Carter Page appear not to be a confidential informant for the FBI when in fact Page had a long history of working with the FBI.

Too many teasers. These people really need to find another system to get hits to their worthless blogs.

IF this is true expect liberal meltdowns as we’ve never witnessed before. It’ll make the day after the last election appears tame by comparison.
I pray to the Lord this is true.

Pretty sure nothing will happen!

Right. Wake me when it happens.

Believe it when I see them in handcuffs.

Meadows said on the 19th, and that he expects indictments, and it's time for people to go to jail.

Obviously Meadows and the president are publicly telling Barr and Durham to get their rear ends in gear.

Could you get me a grilled cheese sandwich?

There just waiting for Trump to lose in 2020...and it will a disappear

Speaking of Nancy Pelosi, I wonder what is wrong with her neck.

16 posted on 07/24/2020 2:10:58 PM PDT by DLfromthedesert (Justice for Mekhi James. Lori Lightfoot, take care of your babies!)
[ Post Reply | Private Reply | To 1 | View Replies]
To: The Accused
Most anybody who’s been paying attention has known for at least two years that the FBI, intelligence apparatus, and much of the deep state (likely including the previous president and veep) spied on and attempted to illegally and unjustly overthrow a duly elected president.

Yet here we are, three months from another election, and the only people charged and jailed are ASSOCIATES OF THE PRESIDENT.

Not a single perp has even been charged, and some are now writing books or appearing as “contributors” on cable news.

I’m sorry, but breathless reports of impending indictments now only serve to insult my intelligence.

I’ve thrown in the towel.

17 posted on 07/24/2020 2:12:32 PM PDT by daler
[ Post Reply | Private Reply | To 12 | View Replies]
To: Starman417
Wow fellow FReepers. Just wow. This isn't a fender bender. It takes time, and Flynn had to be out of the crosshairs. There is also as SIGNIFICANT Information Op that comes with this, and it has to be timed when John Durham is ready, not when Trump is ready. I would feel ripped off only if Trump doesn't provide the remedy of the coup attempt:

(1) he should reinforce that Americans need to arm and ensure they vote for constitutional sheriffs and judges (screw everyone else), and take over county politics,

(2) encourage waging economic warfare on coup supporters such as media and businesses, and

(3) ask Americans to pull all kids out of public school, thus breaking the teachers' unions, and put them into charter schools that actually teach logic, US Constitution and Americanism. 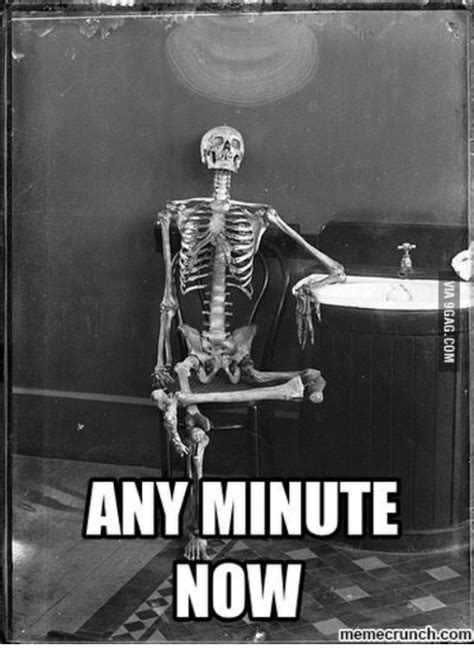