A year or so ago I looked at the google earth image to see what I could see. The only thing that irritated me from the start is the picture was taken with the trees at full foliage. That is odd for goggle in it’s self because they generally try to take the pictures from fall or spring where there is less tree cover so you can see more ground detail.

Didn’t think much more of it at the time… so I forgot about it.

A few days ago I had another reason to hit google earth and I found out that they updated their google earth pictures to a more recent date. It now reflected what had happened a few years ago, instead of what existed about ten or more years back…..

I then zoomed out and something caught my eye as a little off. The trees on the left side of Roods creak road were a lot “browner” than the ones on the right side. I scrolled up and down and it became obvious that there is a demarcation line in the picture separating pictures from two different times.

They have left that area with a static picture while updating everything else around it. And the static picture is of the place during full foliage where you can’t see anything on the ground. Outside of that box, the picture is from fall and there is more ground detail visible. And they have intentionally not updated the picture of the area inside the box so you won’t be able to see anything that has happened/changes there in recent years.

TOPICS: Computers/Internet; Conspiracy; Outdoors
KEYWORDS: earth; gilani; google; googleearth; islamberg; terrorcamp Navigation: use the links below to view more comments.
first 1-20, 21-40, 41-60 next last
They don’t want us to see what has been going on around there so they are intentionally hiding it from public view.
1 posted on 02/18/2014 10:59:52 AM PST by Rage cat
[ Post Reply | Private Reply | View Replies]
To: Rage cat
That is odd for goggle in it’s self because

Maybe you need some new goggles. 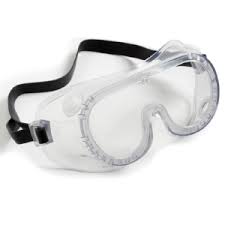 The mind boggles without the goggles.

Funded by some damned boondoggle.

The Muslims have some sort of iceberg now?

Is that Crystal lake from the Friday the 13th movies ?

Google accuses WND of 'hate speech' (over use of terms "black mobs") is another thread.

Just checked it out on Bing. Looks like a bunch of old trailers and junk. Looks like all the trash is just thrown out the back doors. Not much there.

Can’t think of any reason why they would want to keep the public from knowing that there’s a tribe of foulmouthed screaming bearded savages that wants to eliminate the USA and replace it with a fanatical totalitarian state. They ran out of film that day

Where is this islamberg?

15 posted on 02/18/2014 11:21:27 AM PST by MarMema ("If Americans really wanted Obamacare, you wouldn't need a law to make them buy it." Ted Cruz)
[ Post Reply | Private Reply | To 1 | View Replies]
To: Mathews
Just checked it out on Bing. Looks like a bunch of old trailers and junk. Looks like all the trash is just thrown out the back doors. Not much there.

The Amish are really bad about living in their own filth.

And BTW, just south of the coordinates is the Mountain Dell Farm.

Owned by Mark Danau, a former Green Party candidate and all around environmental nut case.

The sooner Google goes, the better. They have all the moral repugnance of Microsoft. However, unlike Microsoft, they actually know how to do software. This makes them dangerous.

I use GOOGlE to find things.