Baltimore rapper Nick Breed — whose lyrics often reflected the pain and trauma he’d seen in the city — was fatally shot Sunday in the Allendale neighborhood.

The rapper, whose real name is Dominic Grant, according to friends and family, was found with gunshot wounds in the 500 block of Normandy Ave. around 7:30 p.m. Sunday, police said. The 24-year-old was taken to the University of Maryland Shock Trauma Center and was pronounced dead soon after arriving, officials said.

Grant, whose music videos garnered thousands of views online, collaborated with some of the city’s biggest names, including YBS Skola and Young Moose. On his Instagram, he posted photos with Chino, the well-known dirt-bike rider, and YoungBoy Never Broke Again, the Louisiana rapper who headlined MECU Pavilion last month.

He is one of Baltimore’s latest fatalities in a recent surge of gun violence. In the past 30 days, the city has seen more than 40 homicides.

Grant’s sister Ebony Palmer was struggling to grasp her brother’s death, she said through tears Tuesday.

“He took a big piece of my heart,” Palmer said. “I’m so heartbroken.”

Might’ve been preventable if the cops hadn’t been so demonized and persuaded to steer clear of the ‘hoods.

Up and coming? Nope, just gone and buried.

Says every story about a rapper ever.

“Yup. Rappers and getting shot is like bread and butter. It’s what they do. “

Is that a GIECO commercial?

That was my first thought.

There are people determined to turn the streets of that Democrat controlled city into a feral killing ground with no police presence to temper the bloodshed, and to keep it that way.

They have largely succeeded.

I cannot imagine being a member of the police force there. If you have your eyes open, you know you are being sent into areas where people are given license from government to assault, rob, rape, and murder, and if you try to protect anyone, you will be on the chopping block with no support.

It is hard to believe anyone is surprised at this.

It probably should be. To be a rapper one must have image - lots of heavy chains and rings and branded clothes and zillions in studio equip - or can pay big to use someone else's studio. For someone as young as this one, with 'thousands of views' babysitting on weekends isn't going to do it, and neither is bagging groceries, so there's dealing drugs or stealing/fencing. Both very dangerous. And if a partner in crime gets greedy and wants to keep everything for himself, or the rapper gets greedy, or somebody who wants somebody's territory gets greedy, also very dangerous. Bad path to go down.

N-word this, Bitches n Hoes that, F the PO-lice, Thowin money around n shit.....don’t foget the Bling and some hot cars (whips)......thats what these “artisteses” are all about.
Oh yeah, one mo thing. They got be get shot at least one time for the Street Cred....so, you know, they can add some gravitas to their rhymes. Onliest problem is getting shot can be a real bitch, nome sayin?

Was this another racist act of violence by a secret white agent of the evil white racist leader, Trump?

All that kneeling ignores the real cause of soaring black homicides!:

The FBI released its official crime tally for 2016 on Monday, and the data flies in the face of the rhetoric that professional athletes rehearsed in revived Black Lives Matter protests over the weekend.

Nearly 900 additional blacks were killed in 2016 compared with 2015, bringing the black homicide victim total to 7,881. Those 7,881 “black bodies,” in the parlance of Ta-Nehisi Coates, are 1,305 more than the number of white victims (which in this case includes most Hispanics) for the same period, though blacks are only 13 percent of the nation’s population.

The increase in black homicides last year comes on top of a previous 900-victim increase between 2014 and 2015.

Who is killing these black victims? Not whites, and not the police, but other blacks.

Excerpted. Go to link below, for full story:

The thing ‘’up and coming’’ about this thug wannabe is the daisys he’s going to be pushing up.

I’ve heard of Young Moose. He was hit by a car in Alaska. 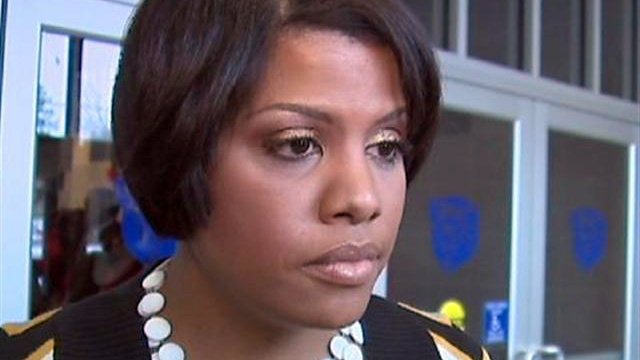 Looks like “give those who wish to destroy space to do that“, ranks up there with “ living with terror attacks as “part and parcel of living in a big city'” as “mayors say the darndest things.”