Good Saturday morning. It’s going to be one of the most memorable – and debated statements – of President Obama’s first two years in office. Remember how much attention was lavished on his remarks about the Cambridge cop-prof confrontation? Well, this is bigger -- whether you think it constitutes Obama delivering on his status as a breakthrough figure on American history, or whether you see it as a breathtaking act of elitist arrogance.

In remarks the White House embargoed for 8:30 p.m., the president said at an Iftar dinner (a community meal to break the fast during Ramadan in the White House’s State Dining Room: “Muslims have the same right to practice their religion as everyone else in this country. (Applause.) And that includes the right to build a place of worship and a community center on private property in Lower Manhattan.” (Full passage below.)

Key Republicans think the president bought himself a heap of trouble by sounding off on such an emotional issue after his White House had said it wasn’t going to get involved in a “local” controversy. (A

Mayor Michael Bloomberg got great national press for insisting that “we would be untrue to the best part of ourselves – and who we are as New Yorkers and Americans – if we said ‘no’ to a mosque in Lower Manhattan.”

But three months before midterms so close and consequential they constitute a national election, the president is coming out on the minority side of an issue where the country isn’t narrowly split. A CNN poll released Wednesday asked: “As you may know, a group of Muslims in the U.S. plan to build a mosque two blocks from the site in New York City where the World Trade Center used to stand. Do you favor or oppose this plan?” Favor: 29% … Oppose 68%. Full results (8-page PDF) http://bit.ly/bfMtZi

Here’s a peek at our e-mail as Washington reacted:

--A top White House official, on whether there was internal debate or if this was just something the president wanted to do: “Nope, he was crystal clear. This was a bedrock American principle, and however inconvenient, there was no way he, as President of the United States, could or would duck the question."

--EXCLUSIVE -- Michael Gerson, former top adviser to George W. Bush e-mails: "An enormously complex and emotional issue -- but ultimately the right thing to do. A president is president for every citizen, including every Muslim citizen. Obama is correct that the way to marginalize radicalism is to respect the best traditions of Islam and protect the religious liberty of Muslim Americans. It is radicals who imagine an American war on Islam. But our conflict is with the radicals alone.”

--A congressional GOP aide: “I’m not sure how much they read Gerson outside of D.C. … It doesn’t make it right or reasonable for people to be upset about this. But the reality is those headlines are provocative because injecting himself into this New York-based, 9/11-charged issue is a provocative act. Those headlines are not going to play well in Peoria. … I haven’t seen any [statements] from members. I’m surprised the mosque doesn’t have marks all over it from all the 10-foot poles." 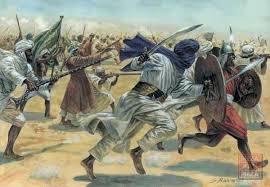 Could be a 5-10 percentage hit in the polls before the week is over.

Nothing but DhiminiCRAPs voted out of every race; U.S. House, U.S. Senate, Governors, State Houses, State Senates, any DhiminiCRAP running anywhere for anything goes in the Loser Column after the vote.

In other words, One-Termer believes that MooSlimes have a RIGHT to commit another disgusting 9/11-type atrocity on American soil. What a disgraceful piece of sh*t this subversive scumbag is.

After leaving the White House, Gerson wrote for Newsweek magazine for a time. On May 16, 2007, Gerson began his tenure as a twice-weekly columnist for the Washington Post. His columns appear on Wednesdays and Fridays.

Gerson, a conservative, has repeatedly criticized other conservatives in his column and conservatives have returned the favor. One of Gerson’s first columns was entitled “Letting Fear Rule”, in which he compared skeptics of President Bush’s immigration reform bill to nativist bigots of the 1880s

Hid election should have horrified middle america. I live in nyc and people are freaking pissed off.

Former top advisor to George W. Bush. Of course he got it wrong. Obfuscate, bloviate, prevaricate. That's the way to be a compassionate conservative right?

13 posted on 08/14/2010 1:58:31 PM PDT by kcvl
[ Post Reply | Private Reply | To 1 | View Replies]
To: dselig
He thinks he can "rule" with impugnity. I mean, he won right? This idiot is in Marxist cocoon so thick that natural light and common sense have no hope of getting through. Good for us though.....let this kenyan muslim idiot nail his foot to the deck even tighter.

Does anyone on this thread know of the long poem about the cossack and the muslim, who were involved in a fight to death? It was written years ago and is very insightful.

15 posted on 08/14/2010 2:02:35 PM PDT by The_Media_never_lie
[ Post Reply | Private Reply | To 14 | View Replies]
To: dselig; All
This could be even bigger than the "Police acted stupidly" remark--that was given in July of 2009, and that was the BEGINNING of his precipitous slide in the polls...look at the polls, and you'll see he began to REALLY go down right after that news conference.

REPUBLICAN PARTY, YOU NEED TO BE CAPITALIZING ON THIS!!

16 posted on 08/14/2010 2:03:24 PM PDT by Recovering_Democrat
[ Post Reply | Private Reply | To 4 | View Replies]
To: VRWCTexan
However zero is headed off on a 10 day vacation to Marthas Vinyard - his poll numbers have always improved when he’s off vacationing

"And they will compound the damage by vacationing in Martha's Vineyard after her return from Spain. We already know how that plays in the polls."

Hmmmm... I strongly support the right of property owners to use their property as they see fit, provided they don’t violate the rights of others.

On the other hand, the precedent is that local communities have the power to veto certain usages and activities. The generic term is zoning laws. So either zoning laws are valid, and can be applied in this case, or they are not and must be universally and categorically rejected anywhere and everywhere.

To me, the most shocking thing here is the spectacle of a committed socialist-progressive coming out in favor of property rights. The Left should impeach Obama for such a thing!

I’ve never heard of it, but if you have a link I’d love to read it.

Another Bush RINO. The only reason I ever voted for any Bush was the chioce I was presented with.