Some prominent moderate establishment Republicans in Utah are plotting to target conservative icon Sen. Mike Lee (R-UT) with a primary challenge in 2016.

Lee’s offense? He didn’t drink the Washington Kool-aid and see the D.C. cesspool as a jacuzzi after he ousted incumbent Sen. Bob Bennett (R-UT), who had supported the TARP bailouts, in 2010.

When Lee prevailed over Bennett, he gave other conservatives across the country hope that they could also defeat entrenched incumbents who cared more about preserving the status quo above all else. Once Lee arrived in Washington, he didn’t turn his back on the base, which angered some prominent establishment Republicans.

According to a report in Politico, moderate GOP billionaires like Jon Huntsman Sr. and “some powerful establishment Republicans in Utah are tired” of Lee’s conservatism and willingness to live up to his campaign promises instead of letting the D.C. establishment co-opt him.

During his first Senate term, Lee has established himself as one of conservatism’s leading voices. As Politico implies, establishment Republicans do not like him because he stood with Sen. Ted Cruz (R-TX) to defund Obamacare and has supported defunding Obama’s executive amnesty with Sens. Cruz and Jeff Sessions (R-AL). Most recently, Lee has offered positive solutions via his conservative reform agenda that specifically focuses on improving the lives of working Americans with conservative policies.

Huntsman, the father of President Barack Obama’s former Ambassador to China and failed 2012 GOP presidential candidate Jon Huntsman, reportedly has refused to meet with Lee because of his “extremely radical” positions against Obamacare and executive amnesty. Huntsman said the government shutdown cost his cancer research foundation millions in federal taxpayer dollars, and he predicted “a major primary challenge” against Lee, telling Politico that Lee is an “embarrassment” and “an extremist.”

There is no doubt that the Huntsman-Romney-Hatch Klan will oppose Lee, both in the primary and general elections.

4 posted on 12/23/2014 12:36:40 PM PST by iowamark (I must study politics and war that my sons may have liberty to study mathematics and philosophy)
[ Post Reply | Private Reply | To 1 | View Replies]
To: cotton1706
According to a report in Politico, moderate GOP billionaires like Jon Huntsman Sr. and “some powerful establishment Republicans in Utah are tired” of Lee’s conservatism and willingness to live up to his campaign promises instead of letting the D.C. establishment co-opt him.

Hope they enjoy being the New Whig Party

Why RINOs are no better than Dems - and sometimes WORSE. 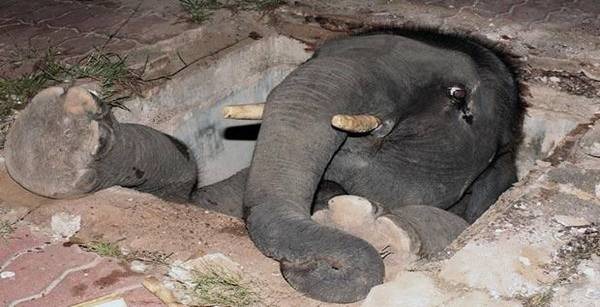 Well, MR. Huntsman. We’ll see about that. Everything these GOPes do just strengthens my resolve to oust their sorry butts.

That’s right where the Rino Republicans should be in a deep hole somewhere.

You do the same thing, d. At least the new TEA Rs are gaining in number, at state levels as well.

FYI to some Utah FReepers!

Let’s get it OVER with!

What happened to Congressional good guy bad guy to fool the rubes?....

Starting to look like BAD guy , BAD guy..
The “good guy” has pecker breath and a sore keister..

I wish we had more true conservatives in the position that Jeff Sessions was in this election. No primary opponent and no dem dared to run against him in the general. Talk about a safe seat. Of course we Alabamians have always been an embarrassment to the elites.

Sounds more like Huntsman is a run of the mill Democrat.

Why not just switch parties and support a Dem? Not sure I understand what this old tool is going for here.

Sounds like he is pretty liberal to use those descriptions about Sen. Lee and his normal, majority, American opinions about the related issues.

Then again, I was sure their family were super communists when I first heard the Jr. talk about any topic whatsoever.

They don’t belong in the party.

Its all about greed and power