Sean Hannity was laughed at when he said he was spied on. The proof just came out. He was.
BPR: Business and Politics ^ | June 22, 2019 | Vivek Saxena

Full title: Sean Hannity was laughed at when he said he was spied on. The proof just came out. He was.

For years Fox News host Sean Hannity claimed that the Obama administration was spying on him. The public release Friday of a text-message exchange between him and President Donald Trump’s former campaign chairman Paul Manafort suggests he was perhaps at least partially correct.

Unsealed by U.S. District Judge Amy Berman Jackson, the far-left Obama appointee with a suspiciously Democrat-friendly history, the text messages date from July 14, 2017 to June 5, 2018, and show Hannity speaking sympathetically to Manafort about his legal ordeals.

While the text messages were sent after former President Barack Hussein Obama departed office, they were obtained by special counsel Robert Mueller as part of his failed investigation into Russian collusion. And it’s long been suspected that this investigation was part of a coup, per se, launched by Obama administration officials to prevent Trump from winning the 2016 election. After Trump won the election, the purpose then allegedly became to essentially dethrone him. 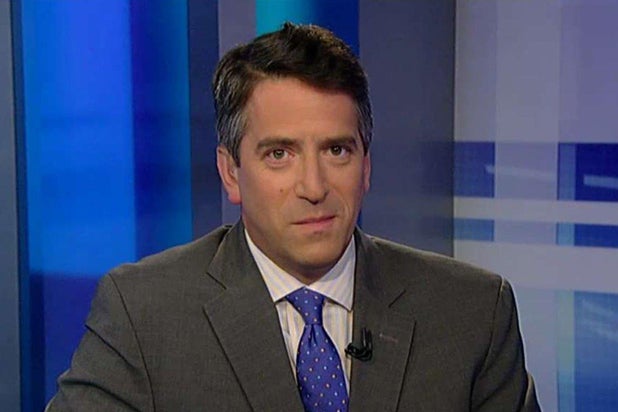 Me Too, James Rosen

It’s funny how much we know has taken place and how few people are in prison for it.

Wanna bet that each of us Conservatives, who are commenting online, were identified and spied upon as well? To not think so is being naive.

They will only think it funny until they are spied on and deprived of their liberty.

President Trump might be openly hostile to the mainstream media, but it was the Obama administration that was engaged in a widespread effort to thwart the media. Which do you think is more harmful to a free press?

The full extent of Obama’s actions against the press are only now coming to light. The Columbia Journalism Review reports on a newly released government document showing that the Obama Justice Department engaged in a far more sweeping effort to spy on the Associated Press than previously believed. “In 2013, the Justice Department launched a brazen attack on press freedom,” the CJR notes, “issuing sweeping subpoenas for the phone records of The Associated Press and several of its reporters and editors as part of a leak investigation. At the time, the subpoenas were widely seen as a massive intrusion into newsgathering operations. Last month, we learned that they told only part of the story.”
The spying came in the wake of the AP’s reporting on a thwarted Yemen-based bomb plot, which contained classified information about the CIA operation. Months later, the AP learned that the DOJ had vacuumed up two-months of phone records on 21 different lines trying to find the leaker.
Unprecedented Intrusion

Upon learning this, the AP blasted the Obama Justice Department. AP’s President and CEO Gary Pruitt said the records collected could “reveal communications with confidential sources across all of the newsgathering activities undertaken by the AP during a two-month period, provide a road map to AP’s newsgathering operations and disclose information about AP’s activities and operations that the government has no conceivable right to know.”
Turns out, Pruitt should have been even more outraged. The new report, obtained by the Knight First Amendment Institute at Columbia University and the Freedom of the Press Foundation, finds that the DOJ actually collected records on 30 phones. The report shows that DOJ attorneys at one point considered subpoenaing records of The Washington Post, The New York Times, and ABC News and “strongly suggests that the attorneys went so far as to obtain ‘telephone numbers and other contact information’ for reporters and editors at those organizations who had worked on articles about the Yemen bomb plot.”

The CJR goes on to say, “Disturbingly, the report does not come close to explaining why the subpoenas targeted the trunk lines of major AP offices — lines which could potentially reveal communications with confidential sources across all of the AP’s newsgathering activities.”

Just One of Obama’s Media Attacks
Bad as this was, it was just one of several examples of the Obama administration’s efforts to bully and silence the few reporters who dared challenge his spin on events.Obama repeatedly barred Fox reporters from events. At one point, it named Fox News reporter James Rosen as a “co-conspirator” in a leak case being pursued under the Espionage Act. Obama’s communications director Anita Dunn said the White House treated Fox News “the way we would treat an opponent.”
The administration also spent seven years trying to force New York Times reporter James Risen to reveal his sources.
Risen, writing in The New York Times in 2016, noted bitterly how “Over the past eight years, the administration has prosecuted nine cases involving whistle-blowers and leakers, compared with only three by all previous administrations combined. It has repeatedly used the Espionage Act, a relic of World War I-era red-baiting, not to prosecute spies but to go after government officials who talked to journalists.”
In 2013, Leonard Downie called Obama’s efforts to control information “the most aggressive I’ve seen since the Nixon administration, when I was one of the editors involved in The Washington Post’s investigation of Watergate.”

When not harassing reporters, Obama officials refused to cooperate with them, racking up the worse record for fulfilling FOIA of any previous administration. Obama even routinely banned news photographers from official events so he could keep an iron grip on his image. Michelle Obama banned the press from her taxpayer-paid China visit.
Also around this time, the Federal Communications Commission announced plans to investigate whether newsrooms were meeting their communities’ “critical information needs.”
On Obama’s watch, the U.S. ranking for press freedom dropped to 46th place.

Yet, despite the occasional grumbling by an editor or a reporter here or there, most of these attacks went unnoticed. Whenever Obama spoke to the press, he pretended to be their champions. And the press, in turn, acted like teenagers in love rather than professionals threatened by a paranoid control freak. In fact, when reporters tried to complain about Obama’s treatment, the reporters themselves often got attacked.

The Baltimore Sun’s David Zurawik wrote in 2014 that “I have been comparing Obama to Nixon in his disdain for the First Amendment and a free press since 2009, and mainly all I got was attacked — often from long-time colleagues in the media who couldn’t believe the object of their political affection could have such contempt for them.” So why has the press saved all its ire for Trump, who has — despite his words — been far friendlier to the press in his deeds than Obama? One can only speculate. (H/t to Ed Morrissey at Hot Air who spotted the CJR story.)

I’m pretty sure they have a thick and rather boring file on me.

There is NO ONE in Prison for this and BARR better get BUSY! Partner, I had to read a book on the Russian Hoax and we kinda suspected that the previous "America Hating Piece of Work Obama" and he was our POTUS unfortunately but Obama was spying on a lot of folks.

Our "Giant Sixth Grade Brain Journalists" will not say a thing about the spying that went on with that "Piece of Work Obama".

I will bet ya that the "America Hating Piece of Work Obama" who sat next to the other "America Hating FLOTUS" Miss Moochelle just sat there and did not leave that Church they attended when every other work spoken in this church was "GD America".

I would have gotten up with my spouse and children and left this church immediately and forever. I have never ever heard any cursing from the Pulpit of the church I attend every Sunday.

Mueller legally got Manafort’s texts via search warrant and some of them happened to be with Hannity.

Would that warrant for Manafort be good for Hannity’s contributions, though? Or just Manafort’s share of the convo?

...as part of an illegal investigation.

Wow I just looked that up, I had NO idea about that!

I believe Katyn is online, maybe on YouTube, somewhere.

It’s in Polish, but has English subtitles.

Another great one (though not anti-communist), a really terrifying one about WW2’s Eastern Front, was the great Belarus film, Come and See, also subtitled.

Partner, the DemonRat party is stalling big time on this one since it is 100 times worst than Watergate. I remember that the DemonRat party was so upset that one stolen FBI file was stolen and President Nixon had to leave office. The "Giant Sixth Grade Brain Journalists" have never or do not want to report how many FBI files Miss Hillary stole while she was in the Clintoon administration. Some say it was only about 572 FBI files and some say it was really about 1200 FBI files. Who knows!!!

I voted for the first time for President Carter and I have not voted for another Piece of Work DemonRat candidate ever again.

The MSM is calling the shots since they hate our POTUS President Trump.

This is how dumb our MSM has gotten right now.