The European Parliament voted Friday to declare that "Black Lives Matter" and to denounce racism and white supremacism in all its forms.

The resolution has no legal consequences but sends a signal of support to anti-racism protesters, and it follows a UN call for a probe into police brutality and "systemic racism."

And, one day before President Donald Trump is to hold a rally in Tulsa, a city that saw one of the worst racist massacres in US history, the lawmakers condemned American police brutality.

Point number one of the text of the resolution takes up the slogan US campaigners painted on the street leading to the White House, when it "Affirms that Black Lives Matter."

The resolution, passed by 493 votes to 104, "strongly condemns the appalling death of George Floyd", an unarmed suspect killed by US police in May.

It rebukes Trump for his "inflammatory rhetoric" and for threatening to deploy the army against protesters.

And EU member states themselves, many of which have seen protests in recent days about modern racism and previous colonial crimes, are not spared in the motion.

EU capitals are urged to denounce "the disproportionate use of force and racist tendencies in law enforcement."

The EU institutions and the member states should officially acknowledge past injustices and crimes against humanity committed against black people, people of colour and Roma.

And the resolution declares the slave trade a "crime against humanity." 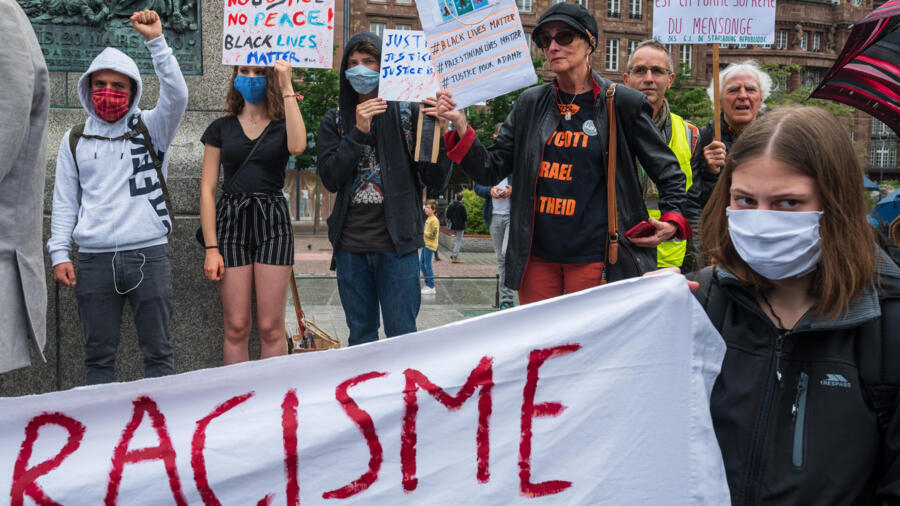 Ask the EU folks about events of the past week around Dijon, France.

The EU is a communist front.

Do black people realize they’re being pandered to?

Of course not. They are too stupid too understand that.

Yes, if you read the newspapers from first to last page and all the kiosk-news, then you would have picked up that something was going on in Dijon, France. However, nothing on the fron pages, no World War headlines like we had about the death of Mr Floyd.

(Swedish news media, but the same goes for British media and as far as I have checked for the other Scandinavian countries as well. The misinformation is in full swing.)

the EU already interfered in the 2016 presidential election.

the only difference? this time it’s being done n the open, with no acknowledgement Black Lives Matter is a Democrat subsidiary.

8 posted on 06/20/2020 3:30:43 AM PDT by MAGAthon
[ Post Reply | Private Reply | To 7 | View Replies]
To: Oldeconomybuyer
The resolution, passed by 493 votes to 104, "strongly condemns the appalling death of George Floyd", an unarmed suspect killed by US police in May. It rebukes Trump for his "inflammatory rhetoric" and for threatening to deploy the army against protesters.

Other lives, not so much.

But the EU doesn’t matter!

They don’t care; far too many of them have accepted they will never compete - with any other race. Affirmative action was the government’s acceptance of their alleged inferiority, and they’ve been laughing to the bank ever since. Other “preferred victims” will be knocked off the list because they would take all of the set-aside seats (especially Hispanic men and white women); it is just part of the de facto “reparations tax” pushed on colleges, governments, and private employers. Those who don’t pay are dragged into court; this isn’t new.

The girl in the shorts, second from left, she can protest at my place any time. She’ll need to take the mask off for at least a little while though.

We toured four countries in Europe last summer. Nice people, beautiful scenery, and the history is awe-inspiring. We had a great time. I cherish the memories and the refrigerator magnets.

Wouldn’t want to live there though.