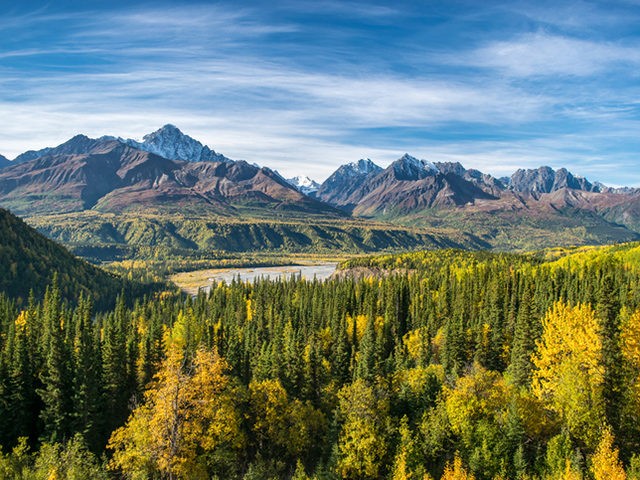 The U.S. Army Corps of Engineers released its final environmental impact statement on Friday which found gold and copper mining in Alaska “would not be expected to have a measurable effect on fish numbers.”

That clears the final hurdle for the Corps to issue a permit this year to Northern Dynasty Minerals Ltd., the Canadian company that has proposed the mining operation in the state.

Environmentalists oppose the project and the Obama administration did what it could to keep the Alaskan wilderness off limits to energy production.

“In a scientific review conducted under the Obama administration, the U.S. Environmental Protection Agency found that the mine could result in ‘significant and unacceptable adverse effects’ on fishery areas and ecologically important streams, wetlands, lakes, and ponds,” the Los Angeles Times reported.

Tom Collier, chief executive of Pebble Limited Partnership, the U.S. subsidiary of Northern Dynasty, said in the Times report that the Corps’ process was “extensive, rigorous and transparent,” and not in fact rushed, taking more than two years, about average for environmental reviews in Alaska.

“Unequivocally, repeatedly, the document concludes, as the draft did, that we’re not going to do any damage to this fishery, period,” Collier said. “We changed the project to address environmentalists’ concerns, and the project we took into permitting had been ‘de-risked.’”

TOPICS: Business/Economy; Government; US: Alaska
KEYWORDS: alaska; copper; gold; minerals; mining
"Despite the report’s finding, the Times reported that the mine “would destroy” 2,000 acres of wetlands and 100 miles of streams but would also generate up to $1 billion a year in sales of gold, copper, molybdenum, and other commodities.

The Times also noted the production of natural gas at the mine site, which would benefit residents of the state, according to a June article published in Petroleum News:

Pebble Mine, as currently proposed, will draw 50 million standard cubic feet per day of natural gas through a 12-inch subsea and overland pipeline from the lower Kenai Peninsula to its site in southwest Alaska for power generation, Pebble spokesman Mike Heatwole told Petroleum News in a June 4 interview."

But, the same “environmentalists” have no problem dozing off mountaintops to build 600 foot tall, spinning, blinking, bird-killing Monuments to Gaia

3 posted on 07/26/2020 4:12:39 PM PDT by digger48
[ Post Reply | Private Reply | To 1 | View Replies]
To: KC_Lion
Times report that the Corps’ process was “extensive, rigorous and transparent,” and not in fact rushed, taking more than two years, about average for environmental reviews in Alaska.

Two years is entirely too long and unacceptable. Only government employees drag their feet, surround themselves with regulations that entitles them to a life time job and pension from the pockets of taxpayers.

Environmentalists want to go back to candles and sheepskins. But then, you need some sort of manufacturing for those as well.

Or use their cellphones that contain gold and copper

6 posted on 07/26/2020 4:54:53 PM PDT by GrandJediMasterYoda (As long as Hillary Clinton remains free equal justice under the law will never exist in the USA)
[ Post Reply | Private Reply | To 3 | View Replies]
To: ConservativeInPA

In a nutshell these types of reviews are “billable hours” for agencies and the length spent on them is mostly related to how much the agency personnel can milk out of it and/or the reviewers personal feelings about it.

I’m pretty sure this is how reopening the Idaho-Maryland (California mine) panned out, last I read about it/talked to folks the conceptualization of it was done and a lot of surface drilling had happened but between a stagnant or declining gold price and a 4-5 year EIR review it appears to have been shelved. This particular mine has tunnels flooded with water clean enough for direct discharge and they had a plan to use waste rock for abandoned tunnel back fill and vacuum extruded decorative floor tile.

California mines and mineral areas have gobs of gold (and other stuff) left, but it’s going to take a combination of gold at ~$3000+ and the state being broke before they really pick up over the few currently operational ones and hobby miners and go Nevada levels.

That is so true...I spent 40 years in the mining industry and maintain that if miners were responsible for the eyesore of these stupid wind turbines, we would never be allowed to operate.

If we have one bird fatality at an operation we are required to report it, big report and increase in monitoring and possible shutdown until we promise to neeeever do it again.
What a joke!