the poll of 1,009 likely voters saw Biden’s support slip by just over 2 percentage points since Monday — and found an increase of just under 1 percent for the incumbent 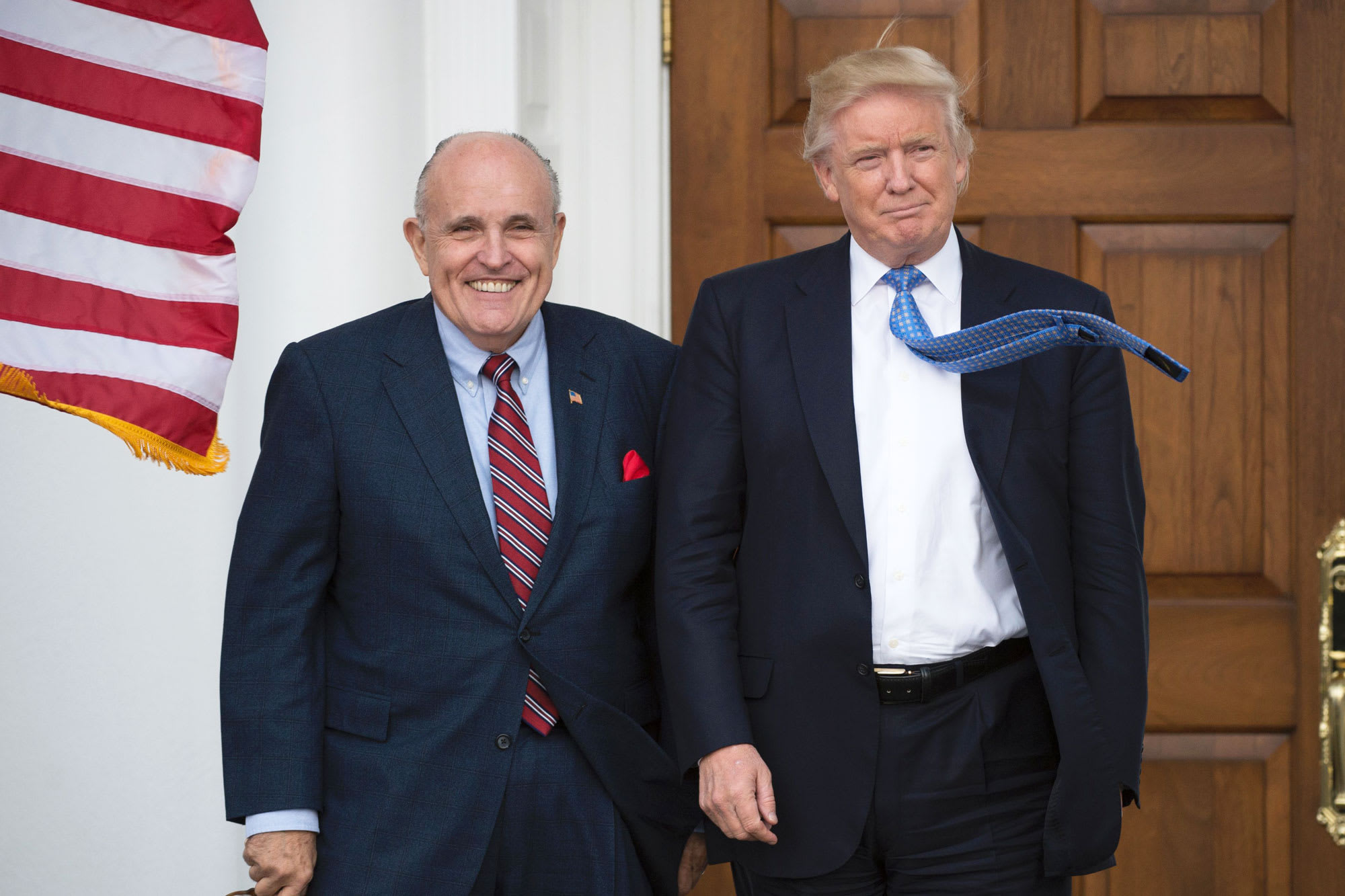 The results also hinted at the possibility of a substantial number of “shy Trump” voters in the electorate: while 47 percent of respondents said they believe that their neighbors are Trump voters, only 36 of them say they are surrounded by Biden backers.

It will end up slipping more than that. This story will not go away and the more the media ignores it the more people seek alternative news coverage about it.

Americans hate corruption. I know we are awash in it, but this directly cripples the selling point for the “Uncle Joe is a nice guy” voters.

There is nothing nice about this story.

This coming out about Biden will help Trump with Independents and keep a few Demos at home.

I love Rudy. There’s a couple of New Yorkers we can be proud of.

When the election is over, I will be interested in how many voters were swayed by the Hunter info.

Mark Levin mentioned something interesting in his show yesterday about the president. For all the Democrat, NeverTrumper, and media lies about how supposedly corrupt this president is there has not a hint of him sicking the FBI and CIA on his political rivals the way Obama, Clinton, Nixon, LBJ and JFK certainly did. Of course in Trump’s case the FBI and CIA have been trying to railroad him.

As president he’s been investigated and scrutinized more than any Chief Executive we’ve ever had in our nation’s history, and yet they can’t find even a whiff of corruption. President Trump is not a politician at all. He does what he says he’ll do, and don’t think this doesn’t appeal to a good many independents and fence sitting Democrats who are sick of phony politicians making promises they never keep. The president is the opposite of that.

I just don’t know how Joe Biden can avoid accusation of corruption and lying. The Russian hoax story just will not hold up, and they know it. Voting for Biden MEANS voting for a corrupt, venal, liar. No other way you can slice it.

The Democrats already have a turnout problem thanks to COVID and the Democrat decision to push Vote By Mail rather than their traditional Get Out the Vote machine. This scandal may not change the Democrats from Biden to Trump, buy many of them will stay home. This poll suggests such an outcome.

The mass media should be grateful for the Hunter story.

It will give them an excuse for explaining why Biden lost the election.

(The truth is almost all voters have already made up their minds—many already voted.)

it still has a ridiculous and unrealistic lead of 7 percent by biden.

it’s not because i’m a Trump supporter and dont want to believe it.

it’s just a fact that the country is very divided and no on is going to win by 7 points.

I don’t think that will translate to votes FOR President Trump. It might result in people staying home and NOT voting for Biden, which would help. :)

14 posted on 10/17/2020 1:38:34 PM PDT by Diana in Wisconsin (I don't have 'Hobbies.' I'm developing a robust post-Apocalyptic skill set.)
[ Post Reply | Private Reply | To 9 | View Replies]
To: conservative98
I have never read anything written by 'Qanon', be that a person or a group of whatever it is. Most Americans have not. But politicians sure seem bound and determined to criminalize it. Lots of people say lots of stuff on the internet. Nobody cares and certainly not politicians. Their bipartisan attacks on Qanon smack of something like anger or fear and tells me he's striking a nerve.

In other words, methinks the Senators doth protest too much.

yep. we don’t get to be proud of folks that grew up in nyc and went into politics too often.

they are major exceptions and two great guys

brutal fighters who will not give up and not cower.

I CAN believe the george didn’t ask biden one question on the hunter scandal.

the networks will not mention it and twitter is blocking it

but somehow, in 2020, word still gets around

Sorry, was meant to be responsing to another article about Mitt Romney ripping Trump for not diavowing Qanon.

I would bet a lot of money that one or the other is leading by 2 or 3 points RIGHT NOW.

I do not believe these numbers coming out at all.

I wouldn’t believe it if it said Trump was up by 7 or 12 or whatever.

The great thing is, Trump can lose the “popular vote” by 3 percent and still win the election because of CA and NY

I do not recall reading about the “popular vote” in the constitution but dems love it :)

Thing is, with his obvious "cognitive" decline, he could say he just "doesn't remember"; and, it would probably be the truth. Hopefully, the paper trail will be strong and irrefutable.