NEW HAVEN -- FBI agents investigating the explosion of what they believe was a pipe bomb at Yale University's law school were showing students a sketch of a man they want to identify.
The sketch is of a man in his 20s or 30s with a round face and glasses, a law student said Thursday on the condition of anonymity. The student refused to say what race the man in the sketch appeared to be.

The FBI is trying to identify the man and did not characterize him as a suspect, said the student, who did not recognize the man.

The bomb damaged two rooms at the law school and about 300 rare law books that got soaked with water from the building's sprinkler system. No one was injured.

Acting Police Chief Francisco Ortiz said the bomber was apparently "trying to send a message," although police said they have no suspects.

The classroom was empty at the time, but students were studying in a nearby lounge and the library, suggesting that the bomber did not mean to harm anyone, he said.

"It's another piece of the puzzle," Ortiz said. "If the intent was to bring media attention to this campus, they've done it."

He said there is no evidence that international terrorism was involved because of the nature and timing of the bombing.

Investigators would not discuss what they think the bomb was made of or how it worked. But a university source with firsthand knowledge of the investigation said told The Associated Press that authorities strongly believe the device was a pipe bomb.

Bomb experts went through the classroom on their hands and knees Thursday in search of shrapnel from the bomb, said State Police Lt. Col. Edward Lynch. They also swabbed for explosives or other evidence and took fingerprints from doorways and furniture.

Police said they would have a better idea of how the bomb was made after they recover pieces. The search and forensic tests were expected to take a few days.

"It's an explosion. When something explodes, it doesn't leave much there," Lynch said.

Preliminary tests detected no evidence of chemical or biological agents in the room, Lynch said. Police dogs were used to try to detect explosives or accelerants.

The FBI has interviewed students, faculty and staff who were in the building at the time.

Lynch said everyone who has been interviewed has been cooperative, but no solid leads have come from the interviews.

Several students reported seeing a fireball in the corridor outside the classroom, which was used by various professors all semester. A partition between the room and an adjacent faculty lounge collapsed, and some of the ceiling also fell down, littering the room with debris, police said.

To: conservababeJen
The student refused to say what race the man in the sketch appeared to be.

Translation: I will impede the progress of a terrorist investigation because I am a f**king politically correct a**hole.

I'll be the one to ask the question!

Are we looking for a black muslem man?

'cause he a damned potential defense lawyer or is trying to get Moose's job. 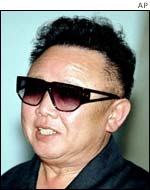 He must be so politically correct that he never notices race. But he did notice the sex! Ah-hah!

I wonder if he looks like this guy with his glasses off.

However, I would start checking on this "student". Any federally backed loans? Not any more. Go refinance without the preferred rate.

Law license? Hah! Not a good candidate to be an officer of the court.

BTB, I believe Yale was threatened with the loss of *all* federal funds because the Law School banned the Navy JAGs
from recruiting on campus.