Iran: A regime weakened and divided, with no clear path to survival
Jan.31,2020 | Hassan.Mahmoudi 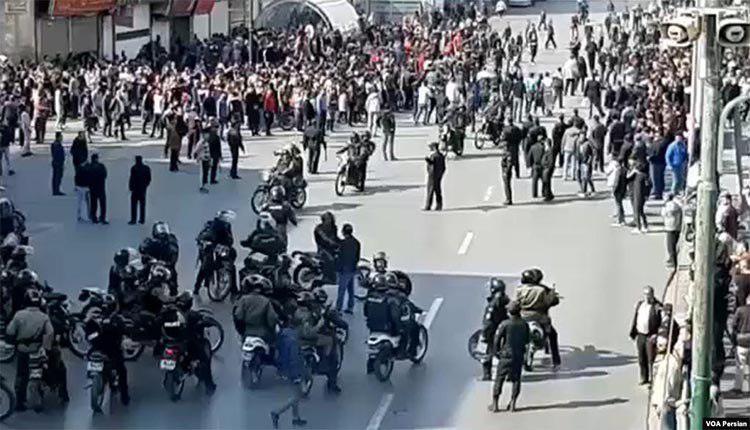 looting, and corruption. The November uprising was a strategic blow to the regime and was instrumental in
cornering it internationally. The killing of Qasem Soleimani, too, was a serious blow to the regime's credibility beyond its borders. The mullahs employed an array of propaganda tactics to portray Soleimani as a national hero and organized funeral ceremonies
in different cities. By magnifying Soleimani's loss, 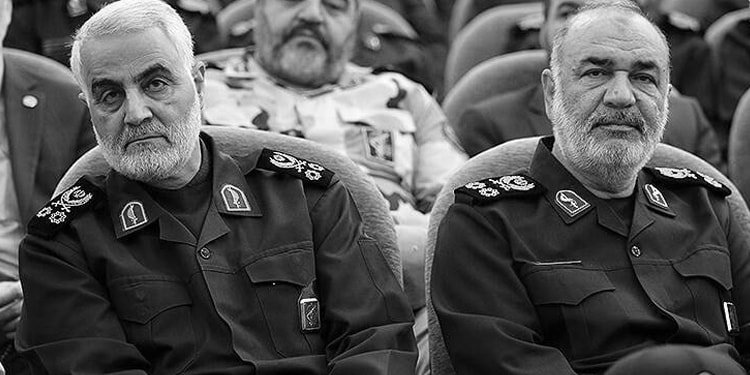 the regime's intention was to cover up the killing of 1500 protesters in the November
uprising and to solicit for international criticism of President Trump's order to kill Soleimani. But the downing of the Ukrainian airliner by the IRGC's missiles turned the tables against Iran. One more time, the world faced the lies of the regime in Tehran. The plane’s destruction became a source of internal disagreements between different factions of the regime. Iran has not yet handed over the aircraft's black box to the appropriate authorities. The deputy prime minister of Canada
is calling for an independent inspection of the plane's black box. On another front, as Iran has 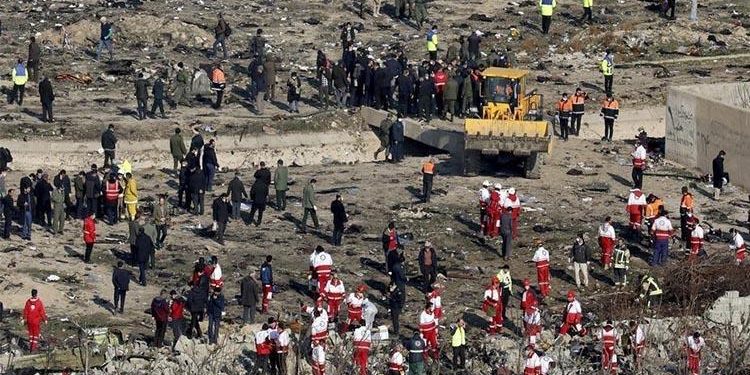 materialized its intentions of stepping away from the nuclear agreement and has taken its so-called fifth step, Europe had no choice but to activate the trigger mechanism embedded in the nuclear agreement. Europe seems to be becoming less cozy with Iran and getting closer to the U.S. approach to dealing with the regime, even though the European signatory
countries of Britain, France and Germany are talking about drafting a new nuclear agreement with Iran. Looking for a scapegoat, Iran's foreign minister, Zarif told Der Spiegel magazine "He never rules out the possibility of negotiating with the US." In a humiliating
response, President Trump tweeted: "The Iranian Foreign Minister (regime) says he wants to negotiate with the United States but wants sanctions lifted. No thanks" Trump's response caused the different factions of the regime to blame each other and created chaos within the regime. It is worthy of note that Zarif's "negotiation" comment would not have been offered if he did not have Khamenei's approval and green light. On a regional level, the recent surge of protests in Iraq condemning Iran's meddling and widespread government corruption,
along with the killing of Qasem Soleimani and Abu Mahdi, have further weakened the regime. 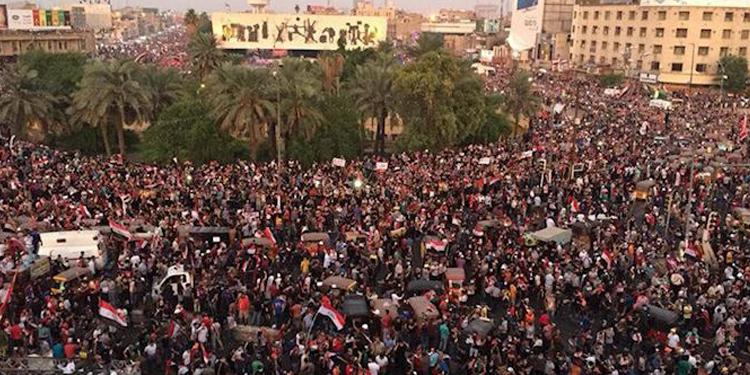 Even Moghtada Sadr, Iran's strategic partner in Iraq,
is losing his credibility among the people of Iraq. Because of it being election year in America, U.S. President Donald Trump is not looking for a tense standoff with Iran Iran is desperately trying to pull Trump to the point that he is apolitically harmed. It is also using its proxy forces to harm the United States with the missile attack on the U.S. embassy in Baghdad. But every time the Iranian regime creates a problem outside its borders, the United States has been very quick to respond,
cornering the regime on its own turf. What may happen in the future essentially depends on the continuation and spread of the uprisings in Iraq and Iran.
The appeasement policy of the West regarding Iran is at a definite end, and the regime has no other way forward than to surrender fully to the demands of the international community and to bear the consequences.
If so, Iran must give up terrorism, and as a result, the terrorist IRGC will have to disintegrate. Such measures will translate into the collapse of the velayat-e faqih system.
If Iran fails to submit to the demands of the international community and continues its destructive role in the region and beyond, the collapse of its economy, due to the sanctions and
the spread of the uprisings in Iran will eventually bring this regime to an end.

The Twelve Imam. Soon but not yet.

It should also be noted that Iran also has no problems using chemical weapons against civilian targets. And make no mistake, they will gas their own people to protect the existing regime.

Another article by Sim Sala Bim. Too many of these mid eastern writers are engaging in wishful thinking.

so no link, author and poster names differ by one letter?

This appears to be a vanity, which is typically the case when the author is a FReeper. This was something I caught before I clicked on the article to go here. Typically opinionated vanities do not require links.

If that be the case, no one could say anything without being called out.

(sarcasm on) By the way, where is your link stating you can call out the poster for not having a link? How dare you! Without a link there is absolutely nothing authoritative in what you say. (sarcasm off)

China’s sudden viral epidemic also adds to Iran’s problems. Normally an ally, China is suddenly weakened by the epidemic and the regime has had its attention forced inwards. China will be cautious and constrained as to any support it provides Iran.