Israel has no role in the Palestinians' medical supply shortage. The real story is a shortage of leadership -- and rampant corruption


We are in the midst of a global health crisis unlike any we have faced in our lifetime. A pandemic has filled the future with uncertainty and the world community is scared, but even dark times have a silver lining. All over the world, people are uplifting and supporting each other from a distance. Now is a time to come together. Sadly, Israel’s enemies are a clear exception to this. They never miss an opportunity to criticize the Jewish State, even if it means using a global public health emergency to “coronawash” the failures of Palestinian leadership.

Earlier this month, the Palestinian Authority (PA)’s official spokesperson claimed Israel is “striving for the epidemic’s spread in Palestine” and “attempting to approach our laborers and mingle with them in order to transfer the disease to them”. This allegation is absurd on its face, though it tells us quite a bit about how Palestinian leaders intend to respond to the deadly virus. As per usual, they intend to blame it all on the Jews.

The Palestinians have received more development and humanitarian assistance over the last 30 years than any other group of people in history. Yet they completely lack the organization and infrastructure needed to combat this pandemic. The PA in the West Bank and Hamas in Gaza have both squandered billions of dollars of aid that was meant to build a public health system, spending the money instead on corruption, incitement, and terrorism.

COVID-19 has already reached the Gaza Strip after two Palestinians contracted the novel coronavirus while visiting Pakistan. The West Bank has also seen its first cases, though the precise numbers are impossible to determine without adequate testing. It is speculated that this disease could lead to a complete breakdown of the fragile healthcare systems in both territories. Gaza is extremely stretched for medical supplies, holding only 40 intensive care beds for a population of nearly two million people.

These critical shortages are not the result of any action or inaction taken by Israel. Medical supplies pass through Gaza’s borders with Israel and Egypt every day. The West Bank has virtually no restrictions on medical imports from Israel or Jordan. The real story is a shortage of leadership. In the West Bank, the PA steals foreign aid money for its own enrichment and is widely considered among the most corrupt governing entities in the world. In Gaza, Hamas uses it to build rockets and terror tunnels. The result is the same. Both groups fund hatred of Israel and steal the people’s money, rather than make investments in healthcare and welfare. The Palestinian people pay the price.

As the world economy braces for tough times ahead, the PA already announced it will prioritize payments to terrorists ahead of salaries for teachers and public servants. They spend $350 million per year on a “pay for slay” program, which provides generous monthly stipends to terrorists who murder Jews. According to Palestinian Media Watch, the PA allocates six times more money to terrorist benefits than it does for social welfare programs. In Gaza, Hamas spends at least $100 million per year on terrorist activities just through the Izz ad-Din al-Qassam Brigades.

And it’s not just the Palestinians. Incompetent governments across the region are finding Jews to be convenient scapegoats to distract from their mismanagement of the crisis. One guest on Turkish state television said, on-air, that Jews and Zionists engineered COVID-19 as a “biological weapon just like bird flu” to “design the world, seize countries and neuter the world’s population.” Iran’s Supreme Leader refused to accept aid from the United States, citing a conspiracy theory that Israel and the U.S. engineered the virus as a weapon.

Famed Israeli Diplomat Abba Eban famously said that the Palestinians never miss an opportunity to miss an opportunity. He was referring to their leaders’ rejection of numerous peace plans over the years, though the phrase could just as easily be applied to the PA and Hamas’ governing ethos today. By failing to build a real civil society, they’ve centered the entire Palestinian identity around blaming Jews for all their problems. Now these corrupt and incompetent leaders are confronting a major public health emergency. Sadly but predictably, they are once again playing the only card in their deck. Let’s not let the PA and Hamas coronawash their own failures by blaming it all on the Jews.

TOPICS: Politics; Society
KEYWORDS: chineseflu; djibouti; eritrea; fakestine; hamas; hassannasrallah; hezbollah; iran; israel; jerusalem; jewishpinglist; jordan; lebanon; letshavejerusalem; sudan; syria; waronterror; wot; yemen
The Chinese flu is the fault of the Jooose? Who knew?? Some words of wisdom from the late great Golda Mier,
“We Jews have a secret weapon in our struggle with the Arabs – we have no place to go.”
"It was not as if there was a Palestinian people in Palestine and we came and threw them out and took their country away from them. They did not exist."
“We can forgive the Arabs for killing our children. We cannot forgive them for forcing us to kill their children. We will only have peace with the Arabs when they love their children more than they hate us." 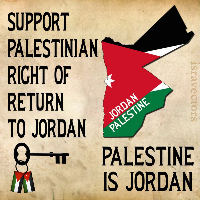 These d...ed Fakestinian terrorist gangsters and liars need to be removed from Israel. Unfortunately, Jerusalem just keeps protecting and enabling them instead. Just today, the Israeli govt extended another bunch of money to the PLO. Its downright stupid, imho.

Incompetent governments across the region are finding Jews to be convenient scapegoats to distract from their mismanagement of the crisis. One guest on Turkish state television said, on-air, that Jews and Zionists engineered COVID-19 as a "biological weapon just like bird flu" to "design the world, seize countries and neuter the world's population." Iran's Supreme Leader refused to accept aid from the United States, citing a conspiracy theory that Israel and the U.S. engineered the virus as a weapon. 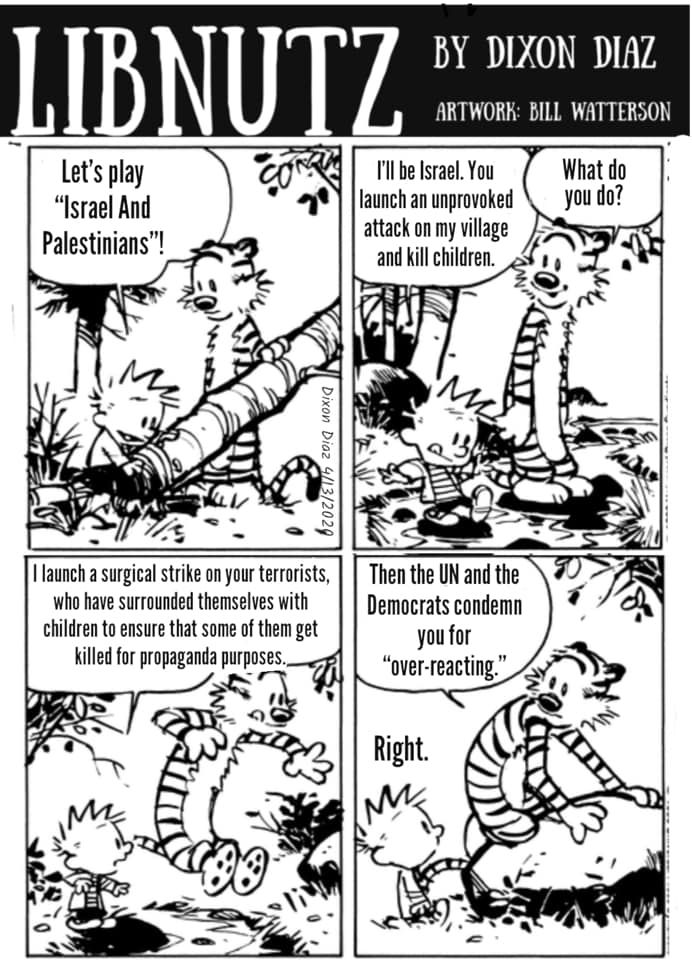 4 posted on 04/17/2020 6:33:31 AM PDT by deoetdoctrinae (Gun-free zones are playgrounds for criminals.)
[ Post Reply | Private Reply | To 1 | View Replies]
To: Impala64ssa
Meanwhile, back at the ranch, Mossad admits to stealing corona virus related medical supplies destined for and paid for by other countries.

Siding with either Israel or Palestine over an issue neither one actually wants to resolve any way but by force is just deciding which glass house you want to be in when you throw rocks.