12/5/16: Disagreement with getting Flynn financials. "We didn't find anything..." 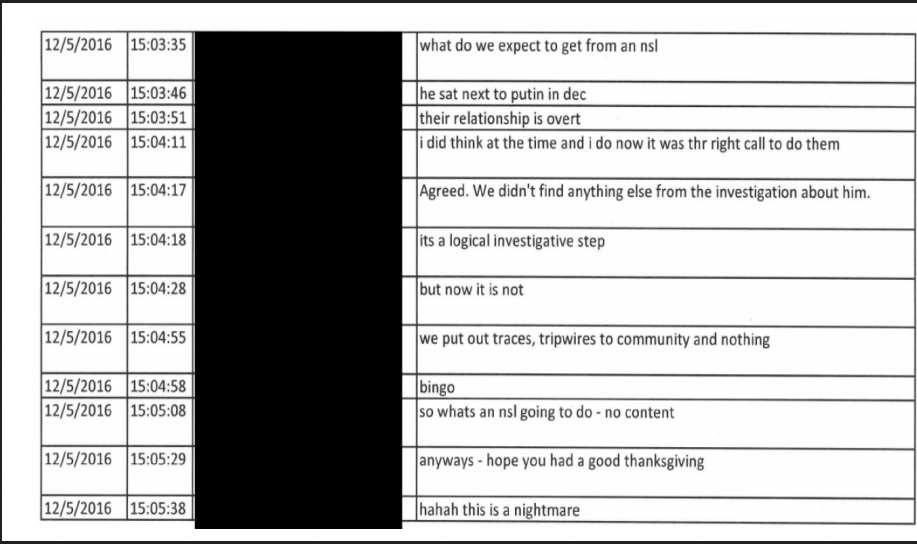 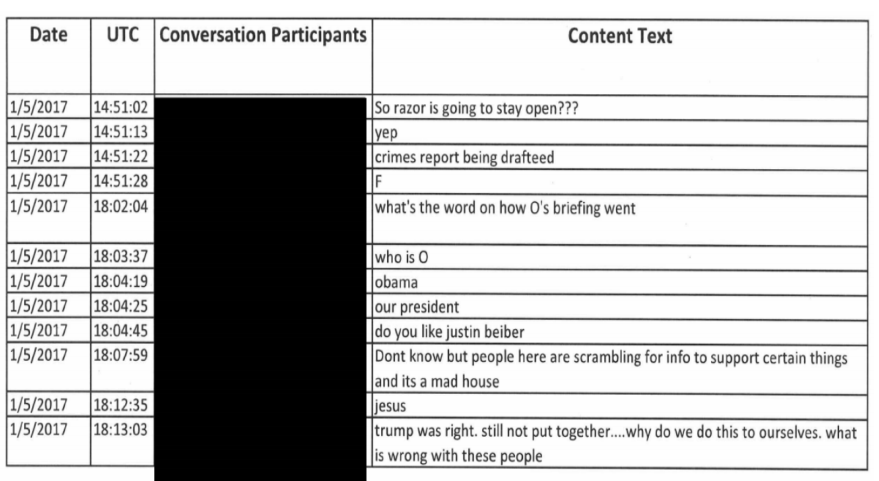 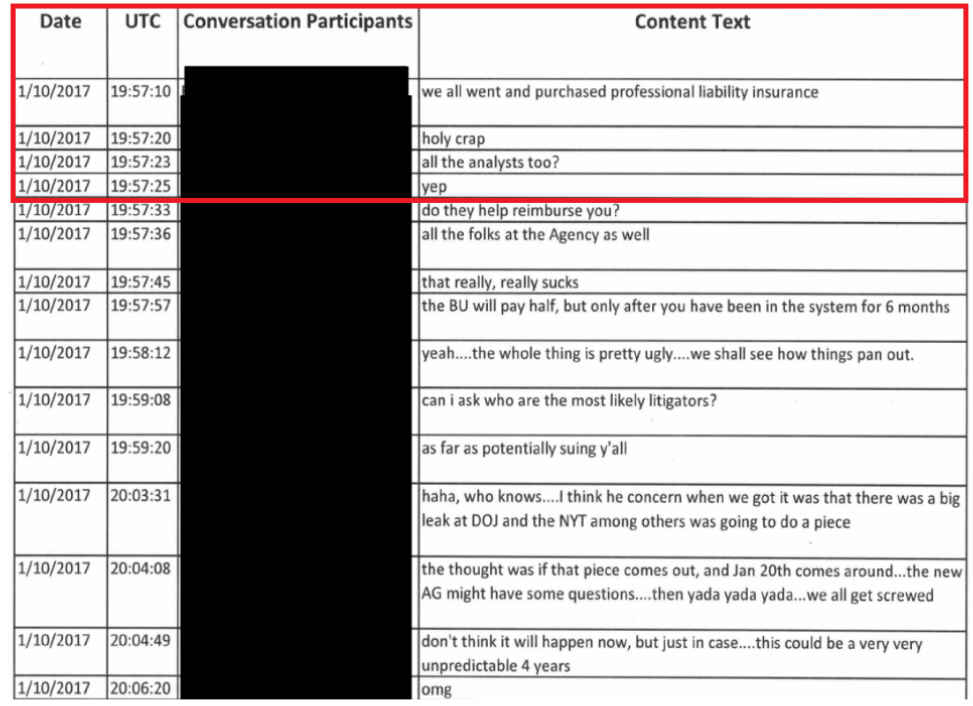 All roads lead to Hussien O?

What is the legal reason behind having the names redacted? They are discussing collusion to destroy Gen Flynn and the duly elected president elect. The conspirators should not be protected in any way. It has been almost four years.

When Barr refused to appoint a ‘special council’ we should have ALL known the ‘fix was in’.
The swamp has succeeded in running out the clock at this point.
I have nothing left to invest in hoping justice will prevail.
Reality tends to work against you if ignored...

Special counsels were not what was needed and good thing they didn’t happen What was needed was bulldog prosecutors, which is what happened. Names redacted since the perps have not yet been arrested.

Durham brought down a lot of mafia orgs/families. One of them took five years. All went to prison. Much less complex then the many crimes he and others are working on now, for many reasons. It’s drawing to a close and we will see the results.

All roads lead to Usurpation Day, January 20, 2009 when ALL of our elected and appointed failed to honor their oath to the Constitution and swore in an ineligible usurper.

The guy was a democrat political coup against black people, a freaking stunt.

I hope he did a threadreader page on these postings. As I remember, there were a number of them.

It’s been a damn near open and shut case since inauguration. And nothing done. It’s maddening and grounds for revolt. But nobody has lifted a finger in one city, county, state, let alone the country has fought this or the in our faces civil unrest by communists. Meanwhile local law enforcement even in places like Idaho are more likely to arrest practicing Christians than violent activists trying to destroy our society. Madness.

10 posted on 09/24/2020 9:27:16 PM PDT by Professional
[ Post Reply | Private Reply | To 3 | View Replies]
To: Lurkinanloomin
"All roads lead to Usurpation Day, January 20, 2009 when ALL of our elected and appointed failed to honor their oath to the Constitution and swore in an ineligible usurper."

Include in that cabal most prominent "talkers", even on our "side," who played along with the alinsky tactics & tried to ridicule those of us who dare mention this & sought resolution on this Constitutional issue.