WASHINGTON (AP) - Rep. Jim McDermott says his eight-year dispute with House Majority Leader John Boehner over an intercepted telephone call is not personal, but involves a crucial right of voters to know what their leaders are doing.

"Unfortunately, it's portrayed in the paper as Boehner v. McDermott. It really is the government versus the people,'' McDermott, D-Wash., said Friday in an interview with The Associated Press.

McDermott commented three days after a federal appeals court ruling against him in the long-running dispute.

In a 2-1 opinion Tuesday, the U.S. Court of Appeals for the District of Columbia upheld a lower-court ruling that McDermott had unlawfully obtained a copy of an illegally intercepted phone conversation between Boehner, then-Speaker Newt Gingrich and other House GOP leaders in December 1996.

McDermott has acknowledged leaking a tape of the call to The New York Times and other news organizations.

"The third person in line to be president was plotting a deception on the (House) ethics committee and the American people in private,'' McDermott said, referring to Gingrich, who was heard on a 1996 cell phone call telling House Republicans how to react to ethics charges against him.

McDermott, who estimated his own legal bills at about $430,000, said he has not decided whether to appeal.

Rep. Jim McDermott, D-Wash., listens to a reporter's question during a news conference on Capitol Hill in Washington in this Sept. 24, 2002 file photo. McDermott says his eight-year dispute with House Majority Leader John Boehner is not personal, but involves a crucial right of the public to know what their leaders are doing.. (AP Photo/Ken Lambert, file)
1 posted on 04/01/2006 11:04:11 AM PST by Libloather
[ Post Reply | Private Reply | View Replies]
To: Libloather
If he doesn't appeal, what is the penalty for being guilty?
2 posted on 04/01/2006 11:08:11 AM PST by Tony O (hibobbi!)
[ Post Reply | Private Reply | To 1 | View Replies]
To: Libloather
Bums are immune to the law.....

Talk about running up the bill in legal fees too. What were they writing on, gold paper?

McDermott, as one of America's law makers seems to think he is above the law. Too bad this is only a civil case, Baghdad Jim deserves to do some time behind bars.

6 posted on 04/01/2006 11:13:03 AM PST by jazusamo (Excuse me Helen, I'm answering your first accusation. - President Bush)
[ Post Reply | Private Reply | To 1 | View Replies]
To: Libloather
Rep. Jim McDermott says his eight-year dispute with House Majority Leader John Boehner over an intercepted telephone call is not personal, but involves a crucial right of voters to know what their leaders are doing.

Yuh, sure, you betcha. That's why he has tapes of x42 and Her Heinous planning their strategy, too, right? I mean, wasn't he looking out for us so we'd know what ALL our leaders were doing?

Throw that traitor in prison! I hear Trafficant is getting lonely for some lovin' these days, Baghdad Jim should fit right in.

Into a two-man cell, of course.

Yeah Jim, and the people had the right to know a lot of things during the Clinton years, too. Like who hired Craig Livingstone . . .

But somehow none of that seemed to matter very much to you.

The legal fees aren't out of line. I'm surprised they aren't higher. That's only just over 91 hours work in 8 years.

12 posted on 04/01/2006 11:47:31 AM PST by SUSSA
[ Post Reply | Private Reply | To 4 | View Replies]
To: Libloather
"The third person in line to be president was plotting a deception on the (House) ethics committee and the American people in private,'' McDermott said, referring to Gingrich, who was heard on a 1996 cell phone call telling House Republicans how to react to ethics charges against him.

This baloney has gone on so long I don't recall the specific *deception* McDermott thinks was being cooked up. My memory is that there was some kind of deal worked out that Gingrich agreed to as part of his punishment (undeserved ... but that's another story), there was some part or other that he wasn't to discuss with anyone? And the fact that he and Boehner were on the phone together, somehow this was to be construed as violation of that agreement? One of you FReepers, I'm sure you can clue me in on the details I'm missing.

I cannot believe McDermott would rack up all these legal fees and waste so much time and energy on an issue where he simply cannot prevail. Caught in a lie his own self, and to sit here and pontificate on the public's right to know when in fact, he breached all ethics his own self.

It's either censure or a drop-kick from the House for this leftist louse, preferably the latter.

14 posted on 04/01/2006 11:58:39 AM PST by Paulus Invictus
[ Post Reply | Private Reply | To 2 | View Replies]
To: Libloather
McDermott said the ruling turns constitutional law on its head. "If you accept that logic, Nixon would still be president, Watergate would just be another hotel and domestic spying would still be unknown,'' he said.

There is one big difference: Nixon wiretapped himself. McDermott wiretapped Boehner.

It went to the SCOTUS 2x and every aspect of this was hyper litigated. I don’t' think $600k in legal fees is impossible given the amount of time and procedural effort this has been through. I give Boehner a lot of credit for hanging on through all the delays and diversions this one has had. It’s sweet to see McDermott take it in the wallet for this – and I’m hoping there is some way he cannot use campaign funds to pay the fine.

My main thought about this matter has to do with the innocent old couple that first intercepted the call. At the time this came out – there as a press conference held by the couple and their attorney – and they supposedly explained how they had captured the call while on their way to a shopping mall. What was most intriguing about their statements is that they were totally devoid of any techno-jargon, any slang or shorthand phrases common to the scanning/technoid community. It seems to me that if you were sophisticated enough a scanning enthusiast to be driving around with a scanner and a handy tape recorder while on trips to the mall, it wouldn’t be unexpected that in your press conference you might drop a few remarks reflecting familiarity with scanning (type/brand of scanner, frequencies scanned, and other jargon). Yet these people used very plain language and never slipped in a word or phrase that made you think they were truly the ones who captured the conversation in the purported fashion.

I have always believed that the democrats had an Anthony Pellicano-type crew monitoring Gingrich and they captured this recording somewhere else, or via other means, then used the old couple (amiable dunces) as a cut-out in the true chain of responsibility. 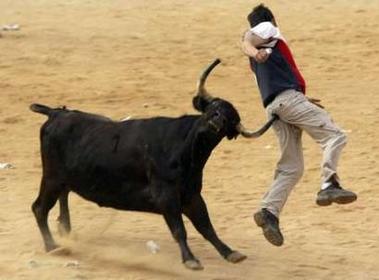 McDermott ought to take a page out of McKinney's playbook and claim he lost his appeal because of racism. Trust me, the Dims would buy it.

Its a lot of money spent by both sides on a junk case.

It is out of line.

This should have been one of those "get lost" - said by attorney to plaitiff cases.