Navigation: use the links below to view more comments.
first previous 1-20, 21-36 last
To: yesthatjallen

You can forget any republican being in the final ballot.

Can you vote for your first choice as the 2nd, 3rd, etc? What happens if you don’t select a 2nd, 3rd, etc. choice?

This is the same type of crap they have in countries like Australia and it’s always just a scheme to have unpopular socialists candidates seize power. It really makes absolutely no sense to not have a runoff system or a system where the person who wins the most votes wins regardless of majorities.

Proposed, endorsed by leftists, and enacted in Minneapolis, a few years ago.
That should tell you all you need to know about ranked choice cheating.

"Pick a Democrat, ANY DEMOCRAT" 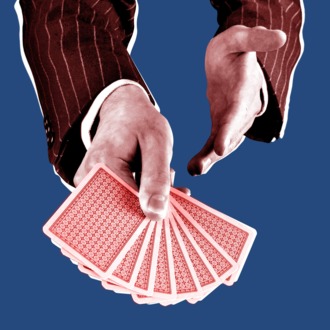 If you don’t enter any 2-5 choices, you cast no vote in opposition to those candidates.

29 posted on 11/06/2019 4:52:17 AM PST by a fool in paradise (Recall that unqualified Hillary Clinton sat on the board of Wal-Mart when Bill Clinton was governor)
[ Post Reply | Private Reply | To 22 | View Replies]
To: july4thfreedomfoundation

What happens if you list the same name each time?

Is the ballot thrown out?

Can you vote for your first choice as the 2nd, 3rd, etc?

What happens if you don’t select a 2nd, 3rd, etc. choice?

Your 2nd, 3rd choices only come into play if you voted for eliminated candidates. They essentially ecome blank ballots in later rounds.

The first one only counts.

If you fill in the “oval” for the same candidate over and over, only the first oval is officially counted. The ballot is not thrown out.

At the time, I filled in only the first “oval” with the felt pen that was provided....the “oval” for GOP incumbent congressman Bruce Poliquin.

Rank Choice voting was tossed out by the courts for state elections, because the Maine Constitution mentions a “plurality” of votes being sufficient to elect a candidate.

Apparently the federal Constitution makes no mention of a plurality, so Rank Choice applies to Maine’s two U.S. House seats and two U.S. Senate seats. A law was passed in the state capital recently so Rank Choice voting now applies to the presidential race a year from now.

This is a rejection of the “one person, one vote” principle. The proponents of Rank Choice Voting might/would argue otherwise.
It inserts a hypothetical element into the process - “If the person who I vote for loses, how can I ‘spend’ my vote a second time.”
Not sure how this is even Constitutional. But we have some may things that aren’t ... it is getting to be a long list.

So of course this dumbass vote-switching plan will be supported by the same folks who want the electoral college eliminated.
It’s just another way to disenfranchise the minority (numerical, not racial) vote.

“Non-partisan” primaries and ranked voting are just two of the ways the Marxists have used to try to eliminate the competition.