This year's U.N. climate negotiations in Madrid, the longest in 25 nearly annual such gatherings, ended Sunday with major polluters resisting calls to ramp up efforts to keep global warming at bay.

Laurence Tubiana of the European Climate Foundation, and an architect of the 2015 Paris agreement, told the BBC that the result was "really a mixed bag, and a far cry from what science tells us is needed."

"Major players who needed to deliver in Madrid did not live up to expectations, but thanks to a progressive alliance of small island states, European, African and Latin American countries, we obtained the best possible outcome, against the will of big polluters," she said.

Here is a look at the main issues resolved, and the sticking points for future negotiations.

HOW TO REGULATE GLOBAL CARBON MARKETS?

Economists say market mechanisms can speed up the shift from fossil fuels to renewable energy sources. One way to do this is by putting a price on carbon dioxide, the most abundant man-made greenhouse gas, and gradually reducing the amount countries and companies are allowed to emit.

AID FOR THE POOR

In summit lingo the issue is known as "loss and damage." In essence, it was recognized several years ago that developing nations are much more vulnerable to the negative effects of climate change, even though they contribute least to the problem.

A tentative agreement was reached in 2013 that rich countries would help them foot the bill.

HEAT ON THE STREET

Chile, which chaired the conference, chose to give it the slogan "Time for Action."

That echoed the blunt demands from protesters, who have been staging mass rallies around the world for the past year demanding leaders take what they call the "climate emergency" seriously.

Reason #1: They couldn’t get the United States to pay for it. 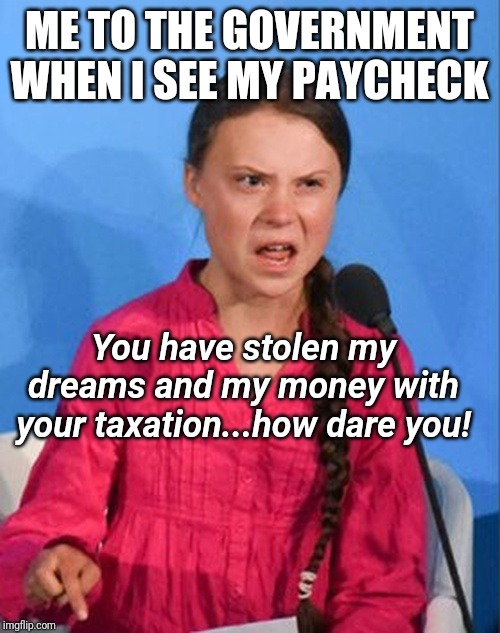 3 posted on 12/16/2019 8:59:06 AM PST by BBQToadRibs
[ Post Reply | Private Reply | To 1 | View Replies]
To: Oldeconomybuyer
Laurence Tubiana of the European Climate Foundation, and an architect of the 2015 Paris agreement, told the BBC that the result was "really a mixed bag, and a far cry from what science tells us is needed."

These meetings were a total flop. The UN Climate morons can pass all the resolutions they want and as we have seen they will be ignored.

The whole clown show is nothing more than a plan to steal from the rich to give to the poor with the middle men naturally getting their piece of the action....a sort of finders fee.

Since our magnificent President has told them in no uncertain terms to “pound sand” other nations who stand to lose the most from the UN extortion have themselves grown a spine.

Universities should ban gasoline cars for students. That will help avoid a climate disaster.

LOL. It occurred to me, that this meeting was inconclusive, because Greta just wasn’t belligerent eniugh, just didn’t throw big enough temper tantrums to shock and awe the delegates to this conference. They were not spurred to action by her histrionics. Greta just needs to be more loud and antagonistic to really get thru to these people.

Gulliver refused to lay down for the Lilliputians.

Yes, they found it harder to fleece US when we don’t cooperate.

If some agreement was reached at all, show me the Senate ratification.

I make pickups at a few High Schools in early-mid afternoon, about the time parents etal are blocking the roads and entrances while waiting for their little darlings. (NO, I never did, I was ALWAYS WORKING when it came time to let the kids out).

Anyhow, they sit with their cars idling etc so I suggested to the front office that all the SUPER ENVIRONMENTAL students would probably raise hell if the cars were given a 2 minute idle limit PER DAY.....

Why didn’t they just sue Skype or Facetime instead of having thousands of Idiots waste precious resources and pollute the Environment by flying to Madrid for a Meeting?

Does she have arthritic fingers?

Or is that some kind of sign/signal?

I know it can mean NO GOOD to ‘us’ but I seem to recall an old ‘custom’ that when speaking one may be ‘lying’ but it didn’t ‘count’ if you had your ‘fingers crossed’....

"Science" wants all white people dead. We get it.

Its funny how no one other than Politicians ever talk to these people.
An Engineer would have him crying in 5 min.
Scientists investigate unusual occurrences...Engineers fix problems.

The climate crowd will just have to wait Trump out. The next US president will fall under their spell and be Sugar Daddy again. They easily got Obama to play. The party will be back on when a new Sugar Daddy arrives;.