The FBIs FISA Frauds. Until this scandal is addressed squarely the FBIs reputation will remain mud.
spector.org ^ | 12/27/2019 | jed babbin

Rosemary Collyer is the presiding judge of the Foreign Intelligence Surveillance Court (the “FISC”). FISC is the judicial body that issues surveillance warrants to our intelligence agencies, principally the FBI, authorizing the interception of electronic communications of people located in the United States who are agents of foreign governments or who have connections to foreign terrorist organizations.

On December 17, Judge Collyer issued a FISC opinion that was highly unusual because it was unclassified and made public. The Horowitz report said that the FBI intentionally misled the court by using incomplete and bogus information as the basis for it to issue FISA warrants against one-time Trump campaign advisor Carter Page.

Collyer’s opinion demonstrates a powerful command of the obvious. It says that the FBI’s duty in preparing applications for search warrants cannot be based solely on actions protected by the First Amendment (such as political campaigning). It goes on to say that the FBI has a heightened duty of candor in making its applications for a warrant, and that its handling of information on the Page warrants was antithetical to that duty.

Collyer’s opinion imposes a duty on the FBI to file by January 10th, under oath, a statement of what it has done and what it plans to do to ensure that future FISC warrant applications accurately and completely disclose all information relevant to those applications.

Pay no Attention, this is just an Public Re-Negotiation of the Bribe Money distributed amongst the FISA Judges, she doesn’t think she got enough Bribe Money and apparently neither do the other Judges, otherwise it would have been CLASSIFIED.

FBI has a long history of FISC fraud.

In 2002 the NYT reported that the FISC had found 75 cases in which the FBI had misled the secret court.

The NYT speculated that was the FBI’s embarassment over this one of the reasons why the FBI didn’t pursue a warrant on Zacarias Moussaoui in the summer of 2001 that could have unravelled the 9/11 conspiracy.

They have earned the extra letters, let’s use them.

6 posted on 12/27/2019 10:32:06 AM PST by Lurkinanloomin (Natural Born Citizens Are Born Here of Citizen Parents_Know Islam, No Peace-No Islam, Know Peace)
[ Post Reply | Private Reply | To 1 | View Replies]
To: bitt
The FBI’s FISA Frauds. Until this scandal is addressed squarely the FBI’s reputation will remain mud.

Heard the same thing after Ruby Ridge and the Waco massacre.

7 posted on 12/27/2019 10:34:47 AM PST by KarlInOhio (Cutest internet video: Charlie bit my finger. Creepiest internet video: Joe Biden bit my finger.)
[ Post Reply | Private Reply | To 1 | View Replies]
To: KarlInOhio
IIRC, current Attorney General Barr stood up for Lon Horiuchi after the FBI sharpshooter blew Randy Weaver's wife's head off, while she was holding her baby in her arms.

And I've heard tell he's somewhat of a gun-grabber, too. The swamp is deep.

Mud and Swamp go together like the FBI and corruption.

Until people go to jail and punished, they will remain mud.

This court function is not to be trusted, and they have proven that for over 19 years {that we know of}.

It'll take more than that for me to forget that they assassinated Vicky Weaver, Randy Weaver's wife, at Ruby Ridge

And, then burned all those kooky religious people during The Waco Seige. 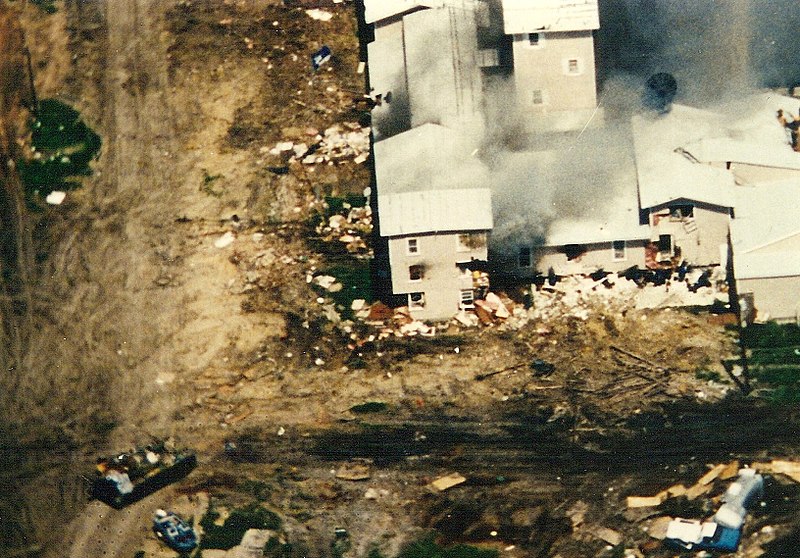 The Nune’s Memo was on February 2, 2018. The court knew then that the applications were a fraud looked the other way. Mueller knew that the court had been defrauded likely the moment he started his investigation.

There is no justice.

Yes the court knew about all this corruption two years ago. This mock outrage is just Kabuki for us plebs. The FISA court is just as corrupt as the FIB. The fact that chief Justice Roberts has not stepped in to reform the FISA court is all you need to know that the fix was in.

Judge Collyer has known about the FISA abuse since Admiral Rodgers told her. That was 3(three) years ago. She ordered evidence destroyed at one point. More recently she deied all knowledge of Fisa abuse until her previous memos were uncovered. Now the DS and MSM are trying to make her the hero.
She was found out recently and has resigned. Again they are trying to “downplay” these crimes.

The Left certinly does not worry about the FBIs reputation being bad. A bad reputation makes FBI more effective for intimidating designated enemies.

Judge Rosemary Collier needs to be disbarred and prosecuted for her negligence and complicity in the coup against Trump!

Destroy all institutions - the leftist playbook

They write their own epitaphs