One of America’s favorite game shows “The Price Is Right” donated nearly $100,000 to the abortion chain Planned Parenthood on Monday night.

On the show, RuPaul said he chose Planned Parenthood because it “provides vital and often free services to both men and women.”

But many fans were not happy about the donation to the abortion chain, Decider reports.

“Giving away $97K to Planned Parenthood – you have got to be kidding me!! You’ve lost a lifelong fan!!” one viewer responded on Twitter.

“Price is Right on CBS is raising money to ABORT BABIES tonight in primetime,” another added.

“Do you realize how much money Planned Parenthood already gets handed to them from the government?!?!” another former fan wrote online. “Now you give the abortion clinic MORE money?? You should be ashamed of yourselves. You lost a longtime viewer.”

RuPaul has been an abortion activist for years. In 2017, he told Marie Claire magazine that his mother used to work at Planned Parenthood, the largest abortion group in America. He organized a fundraiser for the abortion chain that year, too.

“Women in our culture have been so marginalized and so really beaten down,” he told the magazine. “We live in a masculine-dominated culture. How dare some man tell a woman what to do with her body. That is outrageous! Outrageous. As a human, that is a big issue for me that really strikes a chord.”

But Planned Parenthood does not really help women and it does not need any support. Its most recent annual report recorded 345,627 abortions and $1.6 billion in revenue.

According to a recent Heritage Foundation analysis of its annual reports since 2006, Planned Parenthood has been doing more abortions and fewer actual health services. Its cancer screenings are way down, and even its contraception numbers have been dropping steadily. These drops in services are not for a lack of funds. The abortion chain has posted record $1 billion-plus revenues in the past several years.

Keep up with the latest pro-life news and information on Twitter.

Planned Parenthood is primarily an abortion business, and its own leaders have admitted as much. In 2019, former CEO Leana Wen told BuzzFeed News that abortions are Planned Parenthood’s “core mission.”

The abortion chain also has been caught up in numerous scandals, including allegedly selling aborted baby body parts for profit, discriminating against pregnant employees, Medicaid fraud, botched abortions and more.

Why Planned Parenthood is such a huge cause among celebrities is a mystery. There are so many worthy, non-controversial organizations that serve people in need and help better our world. But many celebrities choose to support a billion-dollar non-profit that kills unborn babies instead.

But not an LGBT charity... we see what RuPaul cares more about.

The reasons for that, of course, are obvious.

“Our first prize up bids today on The Price Is Right isssssss....a baby leg!”

A bit of trivia for some of the conservatives who don’t pay close attention to the culture wars, RuPaul is on bad terms with other leftists due to his lack of support for black female trans drag stars.

It’s all very complex and stupid.

They ought to change the name of the show to

Gotta keep those donations to the DNC flowing in!

What an absolutely asinine comment. You cannot "marginalize" half the population. Even in the days of mostly stay-at-home moms, women were not "marginalized." They were considered to be performing an essential social role.

And now, with women forming a majority of college students and a majority of small-business owners, how are they "marginalized" and "beaten-down"?

>> RuPaul said he chose Planned Parenthood because it “provides vital and often free services to both men and women.”

The former head of PP resigned because she thought it was fraud to bill insurance for a fake pap smear test on a man who was playing pretend that he was a woman.

Of course it provides vital services to men. You think it's just women who want to get rid of a potential inconvenience that will hang around for the next 20 years?

Spay and neuter your pets, but kill your babies.

The alphabet people are anti-breeder. The use all sorts of pejoratives for heterosexual couples and their offspring.

The Price Is Left

“The Price Is Right” is a show of, by, and for complete idiots. Governments like China and Iran probably use it for anti-American propaganda: “Look at the Americans! Fat slobs! Jumping up and down like monkeys because they just won a flat-screen TV! Idiots! We will bury them! Ha ha!”

The Price is Wrong

Price is Right is all about spaying and neutering. 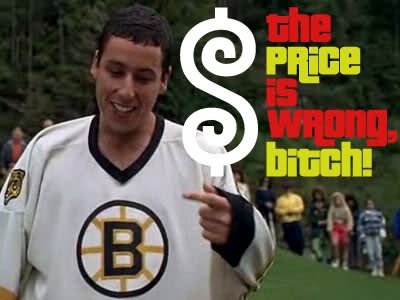 I think the last time I watched TPR is when Bob Barker was the host.

PP overstepped with the post birth abortion and selling body parts, they need a new business model. I’m sure they will find plenty of money killing something associated with the virus. I think they will have a monopoly on a killer vaccine that everyone is forced to take.

So how dare ANYONE tell a woman what to do with her body.

But you’re fine telling EVERYONE else to wear a mask? Ummmm

What happened to my body my choice?