Twitter slapped a warning label on one of President Trump's tweets for the first time on Tuesday, cautioning readers that despite the president's claims, "fact checkers" say there is "no evidence" that mail-in voting would increase fraud risks -- and that "experts say mail-in ballots are very rarely linked to voter fraud."

Twitter's new warning label was issued even though a Twitter spokesperson acknowledged to Fox News that Trump's tweet had not broken any of the platform's rules, and even though several experts have called mail-in balloting an invitation to widespread fraud.

"Absentee ballots remain the largest source of potential voter fraud," read the conclusion of a bipartisan 2005 report authored by the Commission on Federal Election Reform, which was chaired by former President Jimmy Carter and former Secretary of State James Baker.

The warning label prompted conservatives to again condemn Twitter for what they have called its apparent left-wing bias: Just two months ago, Twitter flagged a video uploaded by the Trump campaign as "manipulated media," only to rebuff the campaign's efforts to have the platform flag a similar video uploaded by the Biden team.

Within minutes, Trump accused Twitter of "interfering in the 2020 Presidential Election ... based on fact-checking by Fake News CNN and the Amazon Washington Post." The president added that the platform "is completely stifling FREE SPEECH" and vowed: "I, as President, will not allow it to happen!"

TOPICS: Front Page News; News/Current Events
KEYWORDS: freespeech; internet; twitter Navigation: use the links below to view more comments.
first 1-20, 21-36 next last
1 posted on 05/26/2020 6:02:48 PM PDT by Helicondelta
[ Post Reply | Private Reply | View Replies]
To: Helicondelta
It's the only way they can win with Simple Joe... 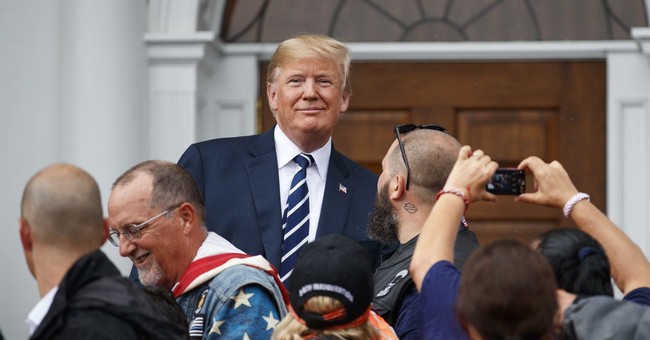 Liars! Why do Democrats complain about requests to remove dead voter names from the voter rolls? Voters that died, continue to vote - easy fraud because of mail-in voting. Lots of evidence of fraud, and Democrats want fraud to continue. President Trump is right!

It’s easy to claim there’s no proof when you have no mechanism to check to begin with.

This is just another indicator how bad the rats want mail voting. It is everything to them and for good reason they get it and they get it all, The House, Senate and President and they will never lose it again.

Twitter’s actually helping Trump get reelected by all their crap and they’re not smart enough to realize it.

Very much an non-issue. No one will pay any attention to the warning label.

I fully expect Twatter to suspend Trump’s account this fall... they are that desperate and if Sleepy Joe wins, the risk will be worth the reward

I think this is all planned... maybe a little earlier than they had scheduled

This is very strong evidence the democrats “innovated”, and used China’s bio attack to cause a little mischief of their own—and get ultimate, final power in the process through mail-in voting fraud.

The May 26, 2020 broadcast of the Evening News with Norah O’Donnell did briefly cover with twitter did to Trump’s account. That NPR article on vote harvesting in the Rio Grande Valley in Texas was dated July 7, 2015 (nearly 5 years ago). Twitter just made a big mistake in saying there is no fraud in mail-in-ballots. Twitter’s credibility is destroyed.

Who here didn’t foresee this eventuality, & who doesn’t foresee a Trump Suspension?

Outrageous move by Twitter, especially considering the biased sources. Maybe this will compel investigation of bias and interference in elections and so forth.

As I said elsewhere earlier, Twitter is making an unreported campaign contribution in kind to the Democratic Party.

Exactly. Trump needed to deal with this three years ago. Instead he’s got Kushner in Big Tech’s pocket, driving too much of his admin’s priorities and strategy.

“Twitter is making an unreported campaign contribution in kind to the Democratic Party.”

Twitter screwed up. Their stock is down. Lawsuits will start flying if they use CNN to fact check every tweet.