A Florida man in his 70s fatally shot a home intruder who busted through the glass front door and began attacking his wife on Tuesday, investigators said.

Deputies arrived at the Panama City home around 6:05 a.m. and found 31-year-old Nathan Jerrell Edwards laying on the floor dead and a handgun on the counter, the Bay County Sheriff’s Office said. 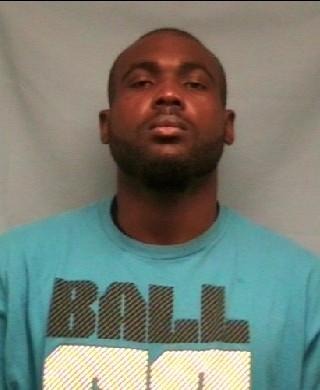 Uh uh ain’t buying that is how it happened. How about 71 year old comes home, finds wife in bed with man, kills him and manufactures break in.

He was just getting his life turned around...

Why retire anywhere else? I hope LEOs continue to retire to FL.Nice shot.

At least he broke the window inward. /s

Was he an aspiring musician?

Fox News Channel has given some coverage to this story. While they certainly are not “conservative” anymore, I seriously doubt that CNN and MSNPC watchers have seen it. A little credit where due.

You left out the part where he gets his neighbors to join into the conspiracy.

‘Florida Man’ gets one right.

He was out jogging to the store to buy some Skittles...

Unless you’re a Rat running to be POTUS.

Thank you citizen! Civilization thanks you!

Its definitely not politically correct to say or think but the average white person sees a black male between 15-45 and they sense danger. Whatever their politics , street smart people act accordingly and cops are very conditioned. Does not excuse the Minneapolis action but it does explain why it happened.

I have known black people who say the same thing. A lot depends on how the 15-45 black male carries himself. The black men at my former employer were exceptional and were no danger. Many were ex-military.

Two of my children are black, and I instruct my son to not identify in any way with the ghetto subculture because of the message it sends. We restrict media access substantially, but it is alarming how much the MSM promotes and idealizes thug culture.

The Clarence Thomas movie (on PBS.org of all places!) is exceptional. I am having my older daughter watch that for a school lesson. (content issues for pre-teens thanks to Anita Hill and company)

Congratulations on the absolute most idiotic post on the internet.

And shame on you, shame you to HELL, for making such an insensitive comment about an elderly woman being violently attacked by a criminal who CLEARLY broke IN.

God help them as they try to recover from not only the physical assault on the ELDERLY WOMAN by a VIOLENT CRIMINAL but also the man having to take a life to protect his family.

Why are you even on this world if that viciousness is all you have to offer. I honestly have not been so disgusted by anything in a long time as I am this.

And you siding with the criminal and suggesting that a violent man on top of an elderly woman, who was clearly fighting for her life, is consensual shows the world exactly who and what you are.

And don’t even bother to respond as anything you have to offer as an excuse isn’t worth a second of my life. You have exactly shown who you are and if you were on fire, there is nothing in your soul that would be worth crossing the room to spit on to put it out.