At a time our country faces a massive recession brought on by the coronavirus lockdowns, America’s welfare state exacerbates that stagnation.

Ronald Reagan had an old adage about the nine most terrifying words in the English language: “I’m from the government and I’m here to help.” Recently, a new paper reinforced that truth and adds to the existing literature showing how America’s welfare state often traps generations in a cycle of poverty.

At its core, a complicated set of welfare programs and tax breaks generate sizable incentives for many low-income Americans not to increase their incomes and improve their station in life. This “poverty trap” results in well-intentioned government programs hurting those they were designed to help.

The study, published by the National Bureau of Economic Research (NBER), examined marginal net tax rates on American households. Their analysis included the phase-out effects of various government programs and the extent to which those phase-outs discourage work.

For every additional dollar of income a person making $75,000 received, he will lose five cents of his “stimulus” payment, plus have to pay regular federal income taxes (likely at a 22 percent rate), payroll taxes (7.65 percent), and state and local income taxes where applicable.

Put another way, the coronavirus checks gave people making between $75,000-$99,000 added incentive to reduce their income. By working fewer hours, sheltering income from taxes, or both, people could “maximize” their “free” payment from the federal government.

The researchers studied data from 2016, well before this year’s “stimulus” (or the coronavirus). But as the paper’s introduction notes, many other federal programs and laws have similar distortionary effects:

If this appears to look almost like a game, you’re not far off. It’s hard not to view it as the government picking winners and losers through its various program parameters. Made an extra $1 of income? Too bad — now we’re taking your subsidy away. Do not pass go, do not collect $200.

Worst Effects on the Poor

Unfortunately, these distortionary effects hit poor and near-poor households the hardest. As Gene Steuerle of the Urban Institute has documented, phase-outs of programs like cash welfare, food stamps, the Earned Income Tax Credit, and Obamacare subsidies mean households making roughly $10,000-$40,000 can lose almost as much in government benefits as they gain in added income by working additional hours.

The new NBER study further quantifies this phenomenon. It finds that, both over the current year and over their lifetimes, individuals in the lowest income quintile (the bottom 20 percent) face higher marginal tax rates than those in the next three income quintiles (from the 20th percentile of income through the 80th percentile). Essentially, when taking the phase-out of government benefits into account, the poor face more disincentives to work than the middle class.

It gets worse. One in four low-income households (those with income in the bottom 20 percent) face lifetime marginal net tax rates of more than 70 percent. As the authors put it: “One in four of our poorest households, regardless of age, make between two and three times as much for the government than they make for themselves in earning an extra $1,000.” Given the construct of the modern welfare state, it seems less logical to ask why poor people wouldn’t work and instead to ask why they would.

There is, however, one silver lining in the paper: States can help undo the damage caused by poorly crafted federal policy. The NBER researchers found that a “typical household can raise its total remaining lifetime spending by 8.1 percent by moving from a high-tax to a low-tax state.”

Break the Cycle of Poverty

Obamacare didn’t create the phenomenon of the welfare state discouraging work, but it did make this worse. The Congressional Budget Office noted repeatedly that the phase-outs in the law’s insurance subsidies penalize individuals who earn more income. Its most recent in-depth analysis, conducted in February 2014, concluded the law would reduce the labor supply by the equivalent of about 2.5 million full-time jobs.

More recently, of course, lawmakers in the CARES Act provided a $600 per week federal supplement to unemployment insurance, further discouraging work. Because more than two-thirds of unemployed individuals can now make more money on unemployment than they did while working, businesses face difficulty recruiting furloughed employees back to their jobs.

At a time our country faces a massive recession brought on by the coronavirus lockdowns, America’s welfare state exacerbates that stagnation. Reforming the system to eliminate work disincentives could save taxpayer funds. More importantly, it would encourage all Americans to embrace the dignity of work.

I'll be expecting my check for conducting this study.

It buys votes. Until it doesn’t.

Well you don’t really need a study to confirm this - if you can get paid not to work, why do it?

I don’t disagree with a safety net to catch people who fall down on their luck - you don’t want people out in the streets if they lose their job in the time it takes for them to find another one, but it should not be structured to be a way of life for anyone who is able-bodied.

So dependence and economic slavery is bad now??

Are they going to study wether or not water really is wet??

To be of use

The people I love the best
jump into work head first
without dallying in the shallows
and swim off with sure strokes almost out of sight.
They seem to become natives of that element,
the black sleek heads of seals
bouncing like half-submerged balls.

I love people who harness themselves, an ox to a heavy cart,
who pull like water buffalo, with massive patience,
who strain in the mud and the muck to move things forward,
who do what has to be done, again and again.

I want to be with people who submerge
in the task, who go into the fields to harvest
and work in a row and pass the bags along,
who are not parlor generals and field deserters
but move in a common rhythm
when the food must come in or the fire be put out.

The work of the world is common as mud.
Botched, it smears the hands, crumbles to dust.
But the thing worth doing well done
has a shape that satisfies, clean and evident.
Greek amphoras for wine or oil,
Hopi vases that held corn, are put in museums
but you know they were made to be used.
The pitcher cries for water to carry
and a person for work that is real. 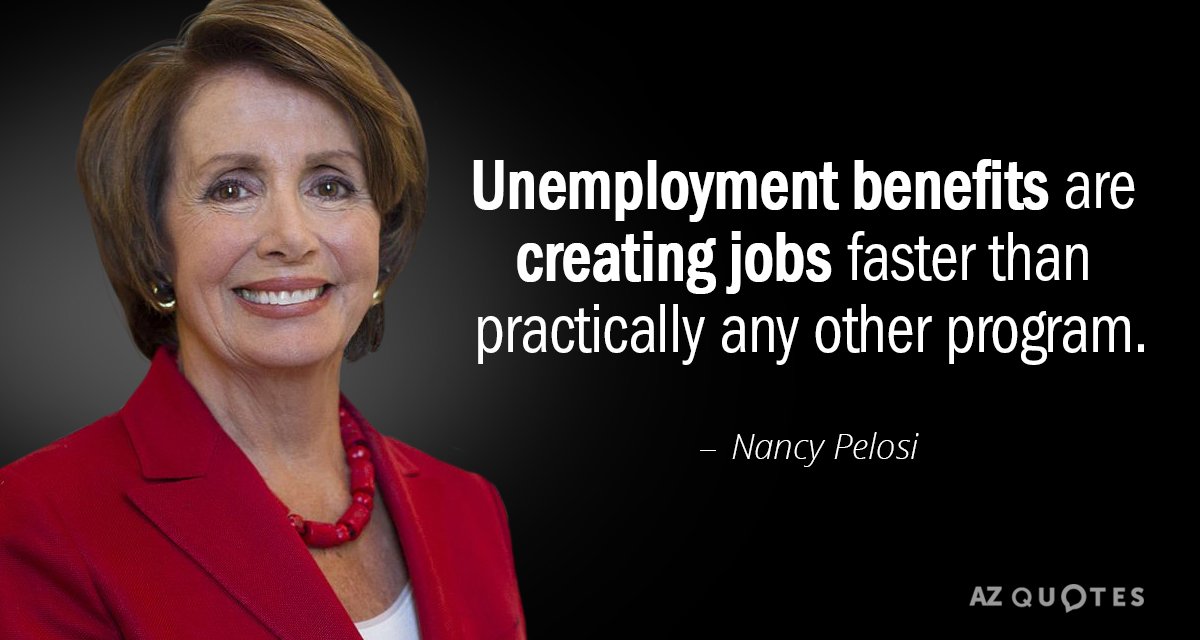 I want a study into how far black criminals went in school.

I contend that they leave at a very early age & it sets them back permanently.

They should have come to me. I could have told them the outcome of the proposed study for free.

Gosh. Next they’ll b telling us putting out fires in an ammunition dump is a dangerous occupation.

FDR was horrified at the idea of paying idle people when unemployment was at 25% during the Depression; he created a jobs program because he knew the alternative was Bolshevism and anarchy, but he wouldn’t pay people to sit idle.

Captain Obvious must be working overtime over there!!

“I have conducted a study that found the sun rises in the East.

I’ll be expecting my check for conducting this study.”

You are way behind the curve, Newspeak has changed the names so now the sun rises in Seattle.