RUSH: Now, the Supreme Court decision on DACA. What this essentially means is that one president can create policy with an executive order, but another president can’t eliminate it. Now, that’s just absurd. Obama couldn’t get legislation passed. He couldn’t get Congress to pass anything he wanted on DACA, on these DREAMer kids, so he did it all with executive order. 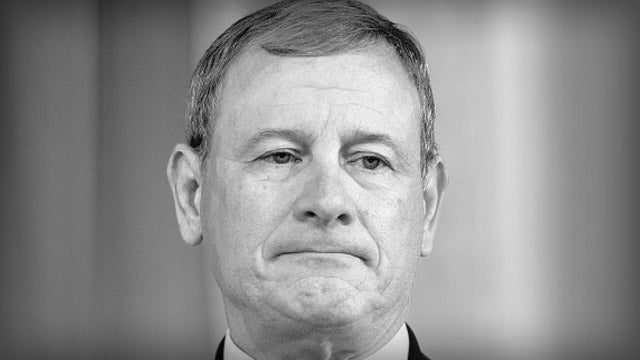 RUSH: Somebody sent me a note. “Can Trump redo the executive order?” No, he can’t redo the executive order. The chief justice of the United States Supreme Court signaled to Donald Trump to go pound sand on this. That no matter how many times this comes up, it isn’t gonna change here. You are not going to change the Obama policy on DACA or DREAMers. We’re not gonna let you do it. Doesn’t matter what the law is, we’re not gonna let you do it. We don’t want you to get rid of a bunch of kids, whatever the liberal thinking is on this, but mostly, folks, this is all personal. 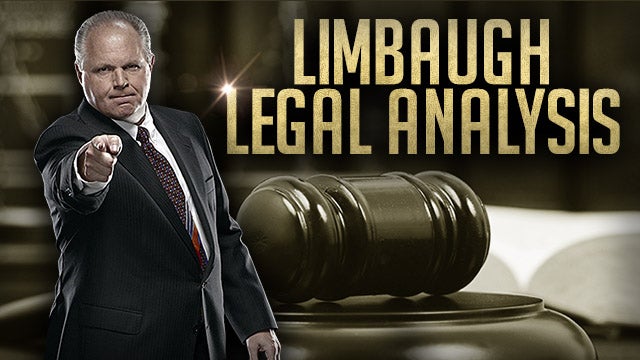 Now, when I say that, I’m talking about something specific. A guarantor and protector of the Washington establishment. I’m not talking about conspiracies here. I think Roberts, and because of some things that I have been told over the years, Roberts is a guy that thinks the Washington establishment as the ruling force of American life and politics is inviolate. And he is not going to participate in any effort to undermine it or allow it to be disempowered.

And so since that’s Trump’s agenda, Trump’s objective, Roberts just isn’t gonna let it happen. It’s not a mystery, and I’m probably again get shellacked for saying this, because the media and the Democrats want you to believe that Roberts is ruling with a steady devotion to the law. He’s not doing that in this case. There was nothing constitutional about DACA in the first place.

You listen to liberals in the media talk about it today, nothing to do with law. It’s all about these are the wonderful children of DACA. These are the DREAMers. They’re the best among us, and they came here against their will. Some were not even born here when their parents got here, and they are the essence of innocence, and they are poor, and they want to become Americans, and it simply is not right that we would deport them and send them back to wherever it is they came.

That’s what has replaced the law here. And you can listen, turn on any mainstream news network or reporter guest on a network, and this is the way they’re looking at this, that the children have been saved and that John Roberts did it. And, believe me, Roberts loves getting this kind of credit.

Now, just to share with you a story from Microsoft news. But that oftentimes is not the actual source. Anyway, here it is. “The US Supreme Court dealt President Donald Trump’s efforts to choke off immigration a fresh blow Thursday when it rejected his cancellation of the DACA program protecting 700,000 ‘Dreamers,’ undocumented migrants brought to the United States as children.”

President Trump had sought to expel many of the millions of people living here who entered the country without immigration documents, i.e., illegally. “The high court said Trump’s 2017 move to cancel his predecessor Barack Obama’s landmark Deferred Action for Childhood Arrivals program was ‘arbitrary and capricious’ under government administrative procedures.”

All it did was essentially cancel the Obama executive order, which they refer to here as Obama’s landmark Deferred Action for Childhood Arrivals. So Obama’s executive order was landmark. Trump’s erasing it and canceling it, arbitrary and capricious. It’s thoughtless and it’s inhumane and has no compassion. We can’t send these children home. We cannot subject them to a life that they don’t know when the only life they have known is that of America. And then they trot out their polling data, which shows that 60 some odd percent of the American people do not want to send the DREAMers home, which, I don’t know, could be true. 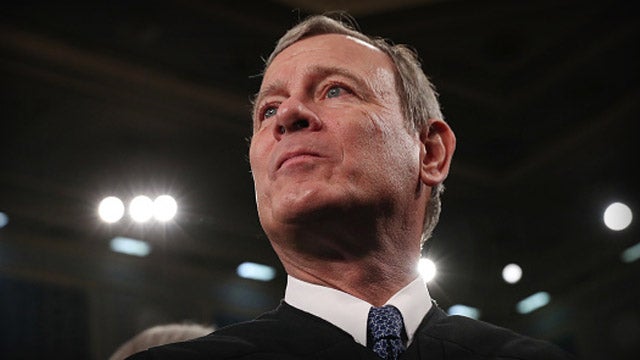 “The judgement on a five-to-four vote, with Chief Justice John Roberts siding with the court’s four liberal members, stressed that it was not an assessment of the correctness of the 2012 DACA program itself.”

This is the beauty. The chief judge has to say, “By the way, this decision is not on the merits.” You know what that means? This decision is not on the law. We’re not saying that the president can’t do what he wants to do here. We’re just saying we’re not gonna let it happen. It’s supposed to mollify Trump a bit. It’s supposed to, “Well, it’s not that you’re wrong, sir. It’s just that we don’t like that you’re doing it. And we don’t like how you’re doing it, and so you can’t do it.”

But when you hear the chief justice stress that it was not an assessment of the correctness or incorrectness of the program itself, it means they have decided to rule on this without considering the law.

“Instead, they said the Trump administration had violated official government procedures in the way they sought to quickly rescind DACA in September 2017 based on weak legal justifications.”

But it’s not on the merits. It’s just the Trump administration had very weak legal justification. Obama’s executive order was classic law school A material. But this stuff from Trump, oh, my God. It’s embarrassing. We couldn’t even spend much time on this, it’s so infantile.

They know, they know what Trump’s policy on immigration is. They know he wanted to build a wall. They know that he wanted to end open borders. Washington establishment does not want open borders ended, and they don’t want a wall. They want a never-ending stream of underclass people in the world streaming into this country to prop up the need and the power of the Washington establishment’s government.

I am no expert, but it looks like the decision was based on administrative procedures and not the merits.

Could someone summarize the basis of the court’s decision, namely, not that DACA is or isn’t bad but that the Trump administration didn’t use the correct tool to strike it down.

I looked at the opinion. Thousands of strings of words that I can’t bring myself to read. I plowed through some of it and decided I was getting nowhere.

4 posted on 06/18/2020 11:52:40 AM PDT by cymbeline
[ Post Reply | Private Reply | To 1 | View Replies]
To: Kaslin
Gorsuch’s transgender decision was much worse as far as the soul of the country goes and that is squarely on Trump's shoulders. And he said the decision was ‘powerful’ as opposed to him being angry about the DACA decision.

I know most here put their blinders on about what that means but it makes me furious.

Roberts has certainly set himself up to be able to claim he had impact. Sadly, the target may expire as a result, but he seems impervious to that thought. Law is just a concept that most readily master and abide by. He has a way to go, unfortunately.

We need to win big in November and pass actual legislation. That’s how Obama should have done it. That’s how we should do it.

I would not give Roberts all the credit. There were 4 other justices who went along with it.

This blows up entirely any argument that might be made that the courts are a nonpolitical branch of government. 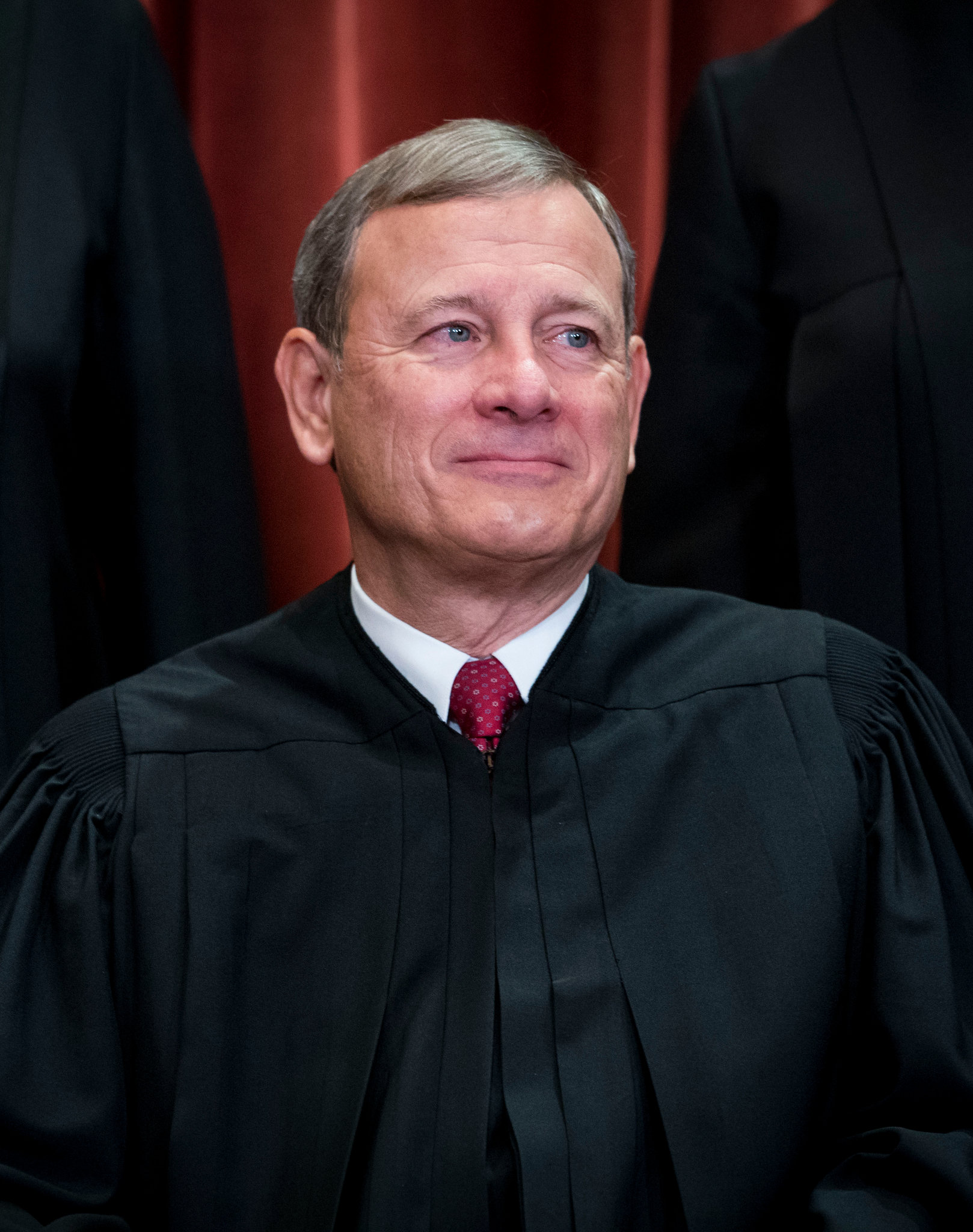 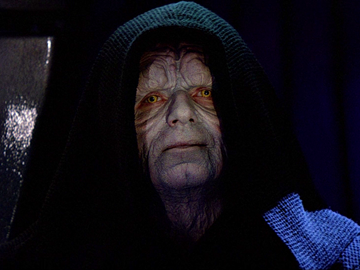 Pushing The False Narrative That Roberts Was A Conservative And Appointing Him To The Court.

He’s a closet homo.
Find out who BBF is and dox em. Better yet, with pictures of them together and make it go viral all over social media.
Force this traitorous SOB to recluse himself and step down from the SCOTUS.

“I would not give Roberts all the credit”

Roberts gets all the blame. The Leftist judges always can be counted on to vote left and come up with a reason for them all voting the same way.

You just don’t get it.

Trump’s model is Jackson, so that may be coming in term #2.

And how is Roberts different in that respect?

Roberts is being blackmailed. That’s what I suspect.

The court upheld what was never legal to begin with, the rule of law is dead.