The supposed popularity of "Black Lives Matter, Inc." is a complete fantasy — willfully repeated ad nauseam by the left and the media — that is distorting public discourse around the wave of radicalism that has ravaged our cities this summer.

Mainstream polls ostensibly show striking levels of "support" for Black Lives Matter — up to 69 percent of respondents in one recent survey. In another poll, 60 percent said they support the "ideas of the Black Lives Matter movement."

Predictably, the liberal press has hailed these surveys as proof of a massive shift in public opinion since the first wave of BLM activism in 2014 and 2015, when most Americans said they did not support the movement. Some go as far as to interpret these numbers as public support for the "mostly peaceful protesters" attacking public monuments and assaulting police. Joe Biden's handlers see it as a mandate to go all in on a racially divisive, anti-police campaign strategy.

There's one problem: the entire premise is nonsense.

Further polling makes perfectly clear that many of the people who tell pollsters they "support black lives matter" have no idea what they're saying. Americans, like all civilized people, believe that black people have a right not to be killed. In the extraordinarily rare circumstances when police officers unjustifiably kill black Americans, the public has always believed that the victims' lives matter.

But that's not really what "Black Lives Matter" — a for-profit organization founded by Marxists and funded by an outfit with a convicted domestic terrorist on the board — stands for. That's not what the wider assortment of street radicals waving the "black lives matter" banner stand for, either.

When you ask Americans about the things BLM does stand for, you get a picture very different from the glowing support they now claim.  Only 15 percent of respondents in a recent Gallup poll want to "abolish" or "defund" the police.

BLM is rich white liberals telling black people (and the rest of us) how to think.

They are real popular in my neighborhood, my neighbors and I talk about them frequently as we plink at targets in the backyard, Clean and Load our Guns

I can’t remember the company name——can someone help?
They were mentioned on a radio comment this morning as having TV ads showing family centered sweet disposition of BLM and supporting BLM.

Anyone see such ads? I don’t watch TV. Thanks.

MLB had a BLM opening day gala, and just about every single baseball group I watched, more than half thought it was hokum.

Now you could say “All Lives Matter,” but then you’d risk getting killed by the BLM crowd:

Lots more than that on twatter do as well.

I am VERY negative on black lives matter, and so are most of my friends. Of course, most of my friends tend to be much more educated on who they are and what they stand for. We were watching videos of them marching through libraries years ago screaming at white students, “GET OUT!”

So when they were trying to mainstream as a nice charity group through Amazon or such, we weren’t fooled. And every company that sent me an ad with, “We donated to BLM” I sent back an “UNSUBSCRIBE ME” post with ‘How dare you donate to a marxist/leninist organization with profits I helped you make. I have a very bad opinion of you now. “ 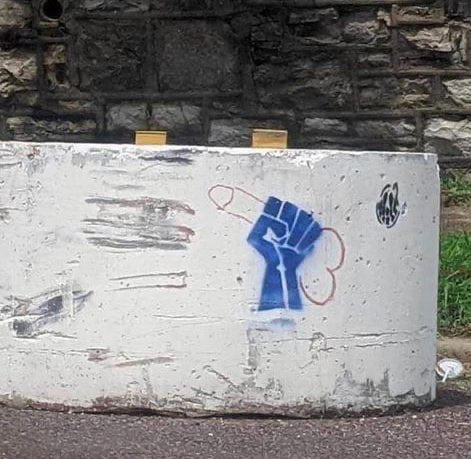