Nadler joined WCBS on Monday to discuss the Democrat strategy to force Trump officials to testify before Congress.

Nadler told WCBS 880 that he will call on the Sergeant at Arms to arrest Trump officials. And then fine them $20,000 daily until they appear.

Can we apply that retroactively to the Obama DOJ officials who refused subpoenas?

You and what army Fatso?

he cannot legally fine any American citizen, nor can he incarcerate any of us (he’s supposed to be representing us, not threatening, oppressing, and stealing from us)

he belongs in a mental ward, not Congress (yes, there IS supposed to be a difference!)

Fortunately, the ‘Nads’s threats are as empty as his ... well, y’know.

Barr should show up with a squadron of Marines. 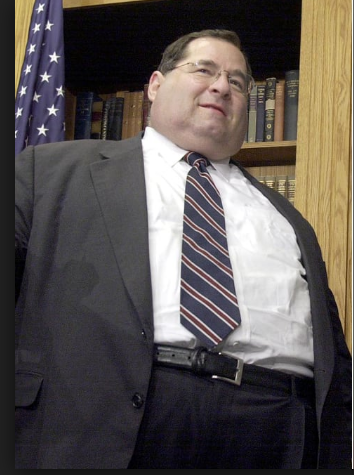 One taco short of a load.

The Dems get more Stalinist by the day.

Geeze, that guy is horribly out of control! He definitely isn’t willing to treat all executive branch officials equally.

I am absolutely disgusted with the so-called representatives. Pure politics to benefit themselves with zero regard for the will of the people.

The Constitution separates out the legislative and judicial branches.

Only the judicial branch should be able to levy fines.

“Excessive bail shall not be required, nor excessive fines imposed, nor cruel and unusual punishments inflicted.”

Jabba the Nadless is blowing smoke. Only agencies of the administrative branch of government can levy or collect fines, backed by force of law.

He can hold someone in contempt of Congress ONLY if he/she is proved proved to be obstructing an ongoing CRIMINAL investigation, which the Mueller results have already rendered moot.

What an obnoxious little man. Just like his constituents.

What sort of punishment did you recommend for Attorney General Eric Holder when he was held in contempt by your congress?

Oh, that was different?

I suggest a noose and a tree for these coup plotters.

Who gave the house so much power? This is insane. The founders screwed up. The president has to take it? Ridiculous!!!!

They will be repaid in lead....

This is a preview of what will happen the next time Democrats get control of ALL 3 branches of gov’t...they have gone full BLOWN Socialist!

He was great as Jabba the Hut in Return of the Jedi.

They really had to fatten up that cow to make that belt.

GoNadsler reminds me of that other leftist fatass ex-talk radio creep Bernie Ward who is now registered sex offender. Maybe someone here with image posting skills can post up a side by side pic of the two. They look alike.