Although there was “a moment” as the press pool reported, when the basketball “very lightly hit POTUS in the face when he was standing under the basket catching rebounds.” As anyone around here can tell you, hitting Big Guy upside the head is still the best way to get his attention. 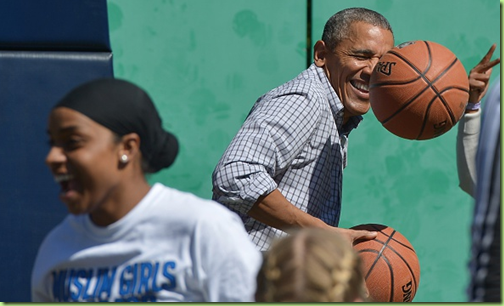 Basketballs weren’t the only incoming projectiles at the festivities; somebody forgot to round up the White House bees and they escaped during Big Guy’s reading of “Where the Wild Things Are,” terrorizing the little children.

Good grief, all that squealing! It sounded like the time Lady M scared the Peeps at the 2010 Easter Spring Sphere Roll:

Which was nearly as scary as when Queen Bees attack:

Butt enough about ‘Wild Thangs’ let’s discuss something a bit weightier: lying in journalism. The Rolling Stones fraudulent story about the gang rape by the UVA fraternity demonstrated such a reckless disregard for facts, you’d almost think they were reporting on something really important, like Big Guy’s birth certificate.

The whole sordid incident makes you wonder what they teach in journalism school these days. Clearly history,  research, and fact checking are no longer a part of the curriculum. For example, check out this Politico story from yesterday: 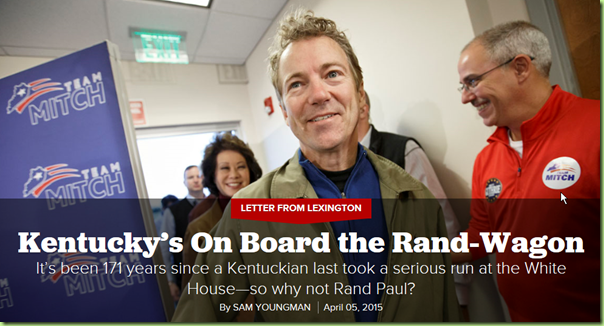 “Kentucky hasn’t had a serious presidential contender since Henry Clay [1844], and, across the state, the idea that its 52-year-old junior senator, Rand Paul, will enter the 2016 race this week has his party’s faithful fired up.”

President Abraham Lincoln - famously born in a log cabin in Kentucky – and elected president in the 1860 election may take issue with Mr. Youngman’s contention that there hasn’t been a “serious” contender since 1844. Then again, if Mr. Lincoln was still around I imagine that is the least of which he might take issue with.

And speaking of the irrelevancy of facts, I have just one more hoops fact to pass on: apparently Mitt Romney’s picks in this year’s NCAA brackets were pretty darn good. While Big Guy’s brackets were busted weeks ago, it looks like Mitt picked Duke to win it all. So that’s something else he was right about.