Warning: Objects in Mirror Are Dumber Than They Appear
Michelle Obama's Mirror ^ | 4-13-2016 | MOTUS

This public service announcement is to remind you why you should vote for any Republican rather than leave the Democratic Sisterhood of Traveling Victims in power.

Yesterday was Equal Pay Day: the day we celebrate yet another injustice suffered by one of the Dem’s favorite victim groups du jour: women.  Ben Shapiro explains, “women must be treated as victims… because victimhood equals virtue, and women must be granted cherished minority victimhood status.”

And what better way to cherish your victims than by declaring “Equal Pay Day” to address their victimhood? Despite the fact that the pay disparity between men and women has been debunked as one of the greatest liberal myths of all time over and over again.

Not that it was never true, butt it certainly hasn’t been for the past couple of decades or so. Still, it’s another issue that Big Guy will take credit for rectifying – you know, for his Lucrative Legacy Tour. Let the history books reflect that Barry smote unequal pay for women the day he signed the Lilly Ledbetter Fair Pay Act on January 29. 2009 – the very first bill he ever signed into law. 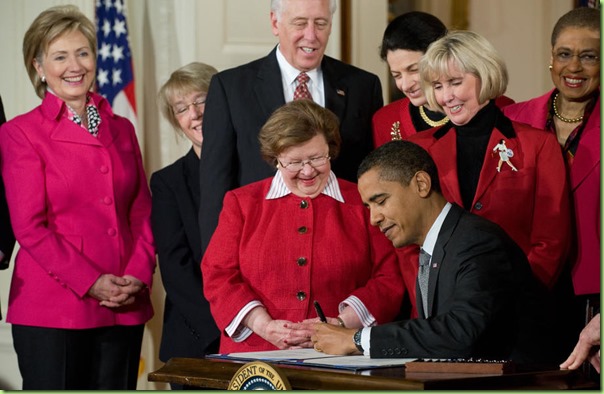 And Hillary was there! The most underpaid woman of all time. Oh wait… 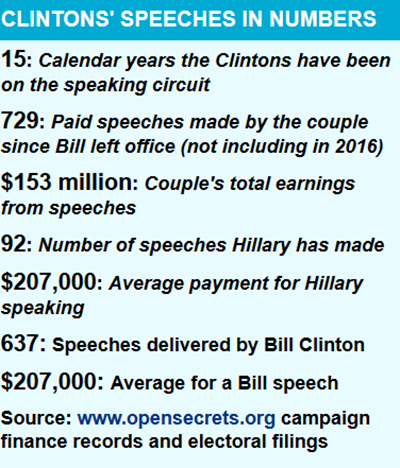 $207k per speech for both Bill and Hill: guess those days of BIGO free are over

I guess Hillary’s quite capable of negotiating equal pay for herself, even though she hasn’t even been president yet. Butt do you know where you can find women paid less than men? At the Clinton Foundation, that’s where:

While the Bill, Hillary & Chelsea Clinton Foundation is promoting the myth of the “wage gap” in the United States, the Clinton’s own foundation pays its senior male executives 37 per cent more than their female counterparts.

And previously at Hillary’s Senate staff where female staffers were paid 28 per cent less than their male equivalents.

Still the myth of the “wage gap” persists like the Democratic dogma it has become:

“No matter how many times this wage gap claim is decisively refuted by economists, it always comes back. The bottom line: the 23-cent gender pay gap is simply the difference between the average earnings of all men and women working full-time. It does not account for differences in occupations, positions, education, job tenure or hours worked per week. When such relevant factors are considered, the wage gap narrows to the point of vanishing.”

Seriously, wasn’t it better when women just felt superior to men, butt kept their yaps shut about it? 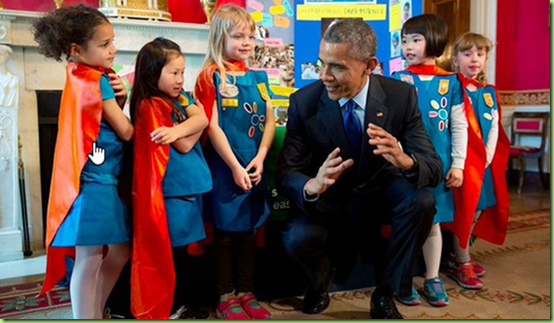 And please, spare me the feminist hate mail; I’ve already done my part in the Sisterhood of the Blazing Pantsuits: 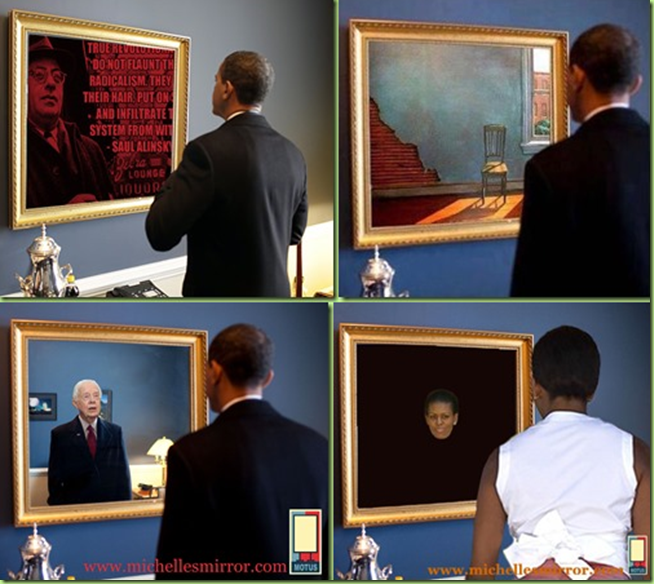 There was a seriously good article in the Wall Street Journal earlier in the week explaining just what type of bureaucracy would have to be put in place to enforce their wet dream of equal gender pay.

I get the print edition but cannot figure out how to how to find the same article in the on-line edition or I'd post a link. Can anyone help me here?

3 posted on 04/13/2016 8:12:08 AM PDT by Vigilanteman (ObaMao: Fake America, Fake Messiah, Fake Black man. How many fakes can you fit into one Zer0?)
[ Post Reply | Private Reply | To 2 | View Replies]
To: Vigilanteman
The simple truth is govt has no business dictating to a going concern what they should pay their employees for whatever task.

I am surprised a test case has not reached the supremes.

But then, depends on how the deck is shuffled, sometimes the cards fall the wrong way.

4 posted on 04/13/2016 8:16:06 AM PDT by going hot (Happiness is a Momma Deuce)
[ Post Reply | Private Reply | To 3 | View Replies]
To: going hot
Agreed. But as you know, the Supreme Court is no longer a check and balance, even if the two swingers (Kennedy and Roberts) occasionally vote to interpret the law as it is written rather than how they would like it to be.

With Scalia gone, there are four solid votes to rubberstamp unlimited government power (unless it is an issue with which liberals disagree) plus two more who will sometimes go along with it.

Confirm a jackwagon like Garland and even that very weak firewall is gone.

A womans work is never finished.
That’s why they only get paid $0.72
{ducking and running}