A record-shattering tab for TV ads, $12 million for a self-created tech firm to rival Donald Trump’s digital operation and nearly $250,000 on swank office furniture for his sprawling Manhattan headquarters — that was just a fraction of Mike Bloomberg’s budget for the first five weeks of his young, self-funded presidential campaign.

Bloomberg’s top two campaign lieutenants, chair Patti Harris and manager Kevin Sheekey, are on track to earn annual salaries of $375,000, according to a campaign aide. And that doesn’t account for the vintage Bloomberg staff bonuses, which totaled $1.5 million the year of his 2005 mayoral race alone.

High-level consultants including adviser Howard Wolfson, meanwhile, received checks to their firms totaling between $200,000 and 300,000, according to the campaign finance disclosure covering Bloomberg’s first weeks in the 2020 race, which was filed Friday. Mitch Stewart, a former Obama field guru, received $50,000 to his firm.

The staggering sums demonstrate the trademark lavish spending that has characterized Bloomberg’s late-in-life political career: a virtually bottomless wallet that fills in when campaign customs don’t appeal to him. The former New York City mayor’s determination that the traditional Iowa-centric presidential primary calendar doesn’t suit him simply wouldn't work for another candidate. But it's perfectly compatible with Bloomberg's reality — when that reality includes $140 million spent on TV and digital ads, $3.3 million on polling alone, and nearly $1 million to crisscross the country in pursuit of delegates in Super Tuesday states other candidates can’t yet afford to focus on.

Bloomberg now has more than 1,000 people on his campaign payroll. Those employees got iPhone 11s and MacBooks and were put up in furnished Manhattan apartments if they relocated. 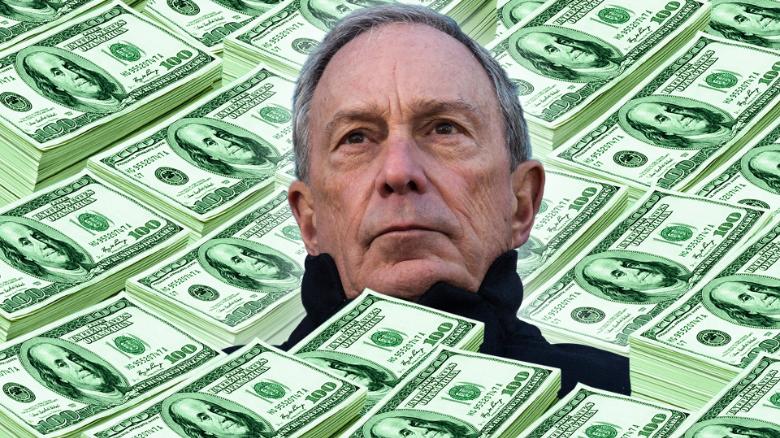 I sure am glad McCain (R-Hell) got the Money out of Politics.

“Our first month’s filing represents a down payment and commitment in all 50 states to defeat Donald Trump, and it shows we have the resources and plan necessary to take him on,” Sheekey, the campaign manager, said in a prepared statement.

Best laugh of the day! Thanks!!

Some democrats aren’t happy about Bloomberg buying into the debate.

If you pay far above market isn’t that a campaign finance violation?

If you pay far above market isn’t that a campaign finance violation?

Little Michael can spray all the perfume on himself he can buy; but it won’t do the Democrats any good. He’s a loser and they are losers. End of story.

Guess the woke are ok with this billionaire.

He can afford everything but a wedding ring.