The Obama campaign issued a set of debate 'talking points' to media on Wednesday morning, the DRUDGE REPORT can reveal.

Press Secretary Sean Smith issued the directive in an email from Pennsylvania, 12 hours before the debate.

The directive oddly mirrors much of the main press analysis and theme of the current campaign:

* This is John McCain's last chance to turn this race around and somehow convince the American people that his erratic response to this economic crisis doesn't disqualify him from being President.

* Just this weekend the weekend, John McCain vowed to "whip Obama's you-know-what" at the debate, and he's indicated that he'll be bringing up Bill Ayers to try to distract voters.

* So we know that Senator McCain will come ready to attack Barack Obama and bring his dishonorable campaign tactics to the debate stage.

Obama continues to lead on the economic crisis with a rescue plan for Main Street.

* Over the course of the campaign, Barack Obama has laid out a set of policies that will grow our middle class and strengthen our economy.

* But he knows we face an immediate economic emergency that requires urgent action - on top of the plans he's already laid out - to help workers and families and communities struggling right now.

* That's why Barack Obama is introducing a comprehensive four-part Rescue Plan for the Middle Class - to immediately to stabilize our financial system, provide relief to families and communities, and help struggling homeowners.

* This is a plan that can and should be implemented immediately.

* Obama has shown steady leadership during this crisis and offered concrete solutions to move the country forward - and his Rescue Plan for the Middle Class builds on the plans to strengthen the economy and rebuild the middle class that he's laid out over the course of this campaign.

* Already in this campaign, he's unveiled plans to give 95 percent of workers and their families a tax cut, eliminate income taxes for seniors making under $50,000, bring down the cost of health care for families and businesses; and create millions of new jobs by investing in the renewable energy sources.

* John McCain has been erratic and unsteady since this crisis began - staggering from position to position and trying to change the subject away from the economy by launching false character attacks.

And the media Obots will dutifully comply.

Fox News seems to have gotten it early and is complying.

Andrea Mitchel can take the rest of the afternoon off - her report for this evenings newscast is written.....

Talking points from a politician!!!! Whoever heard of such a thing!!!

And I thought they were bad when they covered bubba’s behind. THIS IS JUST PLAIN DEMONIC! There is NO stopping them neither! God help us!...RELENT merciful Father, please Relent!

That they've got so many people and media organizations willing to enable and encourage such behavior is a little bit scary, and a whole lot depressing.

I’m middle class and I don’t need to be rescued, thanks.

Can I opt out?

This morning on DNCTV, Andrea Mitchell sounded as if she was reading this word for word. 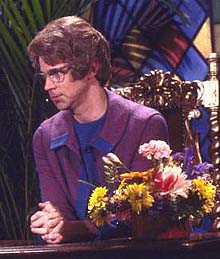 Fox News has given twice as much air time to Obama as they have given McCain. Fox News is in the bag for Obama and the Socialists.

For all we know, he probably has the questions too.

With the exception of Hannity, I think so too.

Sounds to me that Obama has already seen the questions. Nawwwwwwww....they would never to that.

I doubt many hold a lower opinion of Obama than I do, but I have to say that issuing talking points to the press in advance of a debate seems like a very reasonable thing for a campaign to do.

I only hope that McCain’s team has done the same thing.

Continue to pray. This will all backfire on them. Just watch how God will fight this war. It will be unconventional.

Has CBS finished their flash poll on the winner tonight yet?

BTW...All McCain has to do is be honest. I don’t see anywhere in these talking points where Socialism is mentioned.