Palin on Hannity: "Obama's inner circle is nothing but a bunch of Chicago thugs"
Wednesday June 9, 2010

Liberals Heads are going to spin and explode!

Loved it from that women

Mitt was on first...poor Mitt...he pretty much copied what Sarah has been saying for the past few weeks on her facebook..!

Ouch! Way to tell it, Sarah! 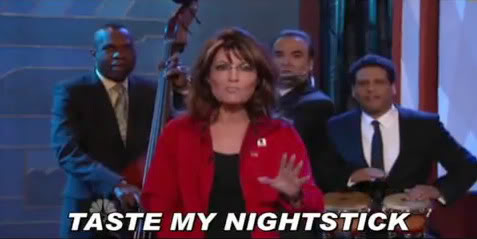 All I ever needed to know about Obama was “Chicago”

Mitt would be a good VP. Good at funerals. Places where not much happens quickly to discombobulate him.

I was watching when she said that and of course I laughed out loud. Go Sarah - speak truth to thugs.

Hahahaha. It is absolutely true and most people know it.

Sarah (or her staff) undoubtedly reads FR. We've said the same thing over and over here.

I don't think his ego would allow him to waste that much hairspray on a VP job...

This is why some on FR bash Sarah.
They wish their wannaBies could speak up and speak out with the facts.

Yep...and it will be right and just when Sarah in these debates in the Primary will say “Where were you at?” “Why didn’t you speak out then, but now you do?”

You never said a truer word. Cognitive dissonance dominates the consciousness of many folks on our side.

On one hand they buy into the “unelectable” narrative perpetuated by Obama’s propaganda machine and false polling, and throw in a little misogyny as well, and they look to other “credible” male candidates and expect them to be like Sarah Palin in content and charisma, and of course they all come up short.

The left’s heads have exploded again.

I think she is very good looking.

FINALLY!!!!! A politician willing to stand up and speak the truth. Can you imagine McCain, Lindsay Graham, Michael Steele or any of the other spineless empty suits in the Republican Party actually showing the courage to speak the truth and not afraid to get hammered by the MSM and the Washington Establishment?

Now, talk about what Obama really did when he was supposedly attending Columbia and his links the the Nation of Islam, etc.