The second largest city in the United States played host on Saturday to the second largest ‘One Nation Coming Together' rally. Attendance at the event was buoyed by the well publicized presence of leftist actor Danny Glover and Congresswoman Maxine Waters. Covering the event for Firedoglake , David Dayen estimated the crowd which gathered at L.A. City College at around 1,500. Parking does not seem to have been a problem.

Dayen reports that the "labor-heavy crowd" included representatives from the SEIU, AFSCME, UAW and numerous other unions. Also in attendance were representatives of Organizing for America, Alliance of Californians for Community Empowerment (an ACORN spin-off) and members of the Jerry Brown and Gavin Newsome campaigns.

Among the issues highlighted at the rally were jobs, foreclosures, immigration reform and gay rights. A UCLA student and Latino Equality Alliance member named Diego proudly proclaimed "I'm 23, undocumented, queer and unafraid," he asked "Can our country risk losing students like me?" The short answer would be an emphatic YES!

In direct contrast to Glenn Beck's non-political ‘Restoring Honor Rally,' this event was all about partisan politics as evidenced by the many signs featuring such nonsensical slogans as "Recall Reagan's tax cuts" and (David Dayen's personal favorite) "TEA: Tax Executives a Lot." After the rally the activists and community organizers had a training session and then spilled out into the streets to ‘get out the vote.'

As the event came to a close, Marxist agitator and actor Danny Glover told the delusional group that they should "continue to fight for the change we voted for in 2008."

Maybe it's just me, but for an event which was dubbed ‘One Nation Coming Together,' there seemed to be am awful lot of people representing a large number of separate groups, each one pushing their own agenda.

Danny and Maxine are soooo yesterday.

They needed some rappers like Baraq uses to pump up the crowd size.

50 years ago, Communist Danny Glover would have been (appropriately) blacklisted by the studios.

More accurately: a SMALL number of people representing a large number of groups.

Endlessly creating Astroturf organizations originated with Alinski. A good many of these “organizations” consist of a single cubicle and a website sharing an office with a dozen others.

wow, a 1500 person crowd! Sounds like the union bosses and a network of Marxist shell groups forced their low paid staff to get on buses and work without pay, holding placards and pretending to support the preening self-important fathead speakers. Despite countless billions of taxpayer money being funneled to these groups they mismanaged the money to such a degree that they can’t even purchase a decent sized rent-a-crowd. 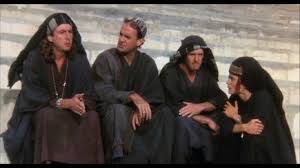 >>A good many of these “organizations” consist of a single cubicle and a website sharing an office with a dozen others.<<

Bertha Lewis in her ACORN office on behalf of the Working Families party introduces Randi Weingarten, head of the American federation of teachers.

I think many of these organizations consist of little more than a file in a cabinet and a bank account.

8 posted on 10/03/2010 9:13:19 AM PDT by mylife (The Roar Of The Masses Could Be Farts)
[ Post Reply | Private Reply | To 1 | View Replies]
To: All; ntnychik; dixiechick2000; Lady Jag; tiapam; MEG33; yorkie; jaycee; bitt; PhilDragoo; ...
It fell flat just like Sharpton's rally. Every site I went to either avoided showing pictures of the crowd or deviously showed pictures of conservative gatherings and got caught at it, lol.

You mean the Judean People’s Front?

The articles I’ve read about SEIU’s insanely overstretched finances make it plain that the point of collapse has been reached and the various locals are in the process of revolting. That’s why Andy Stern bailed out.

These proliferating organizations can always pony up a dozen people to rally on courthouse steps, invade a legislators office, or put on some street theater but when it comes to large-scale Leni Riefenstahl-style events, there’s no “there” there.

“These proliferating organizations can always pony up a dozen people to rally on courthouse steps,”

They have absolutely no grass-roots support. These organizations just force their overworked, underpaid employees to get on the bus and cheer on cue to whatever foolishness the speakers serve up. If each of the forced rent-a-crowd brings a few family members you have a turnout such as you see here. Totally a farce.

Great post, potlatch.
Expose ‘em for what they are!

One question. Is this the first wave? Will they all be there for the Jon Stewart rally plus whatever the comedian and Obama can draw? Maybe they think it will be a one two knockout punch. I wouldn’t be surprised by such a devious followup plan right before the election.

It was smart of Beck to ask people not to bring signs. When signs get passed out by “organizers” they always get tossed at the end of the rally. Not usually in the trash, either.

Judging from the dismal attendance, more than a few of those employees said "No" to going.

Thanks so much Meg!

If that was the best the organized left could muster yesterday, I would say their rally budget and enthusiasm are all used up for the year. Jon and Stephen will have to draw on their own “constituency”.

How many snotty college kids are there in the area? I’m sure the college crowd and the Hill and “K”-street staffers and interns of all stripes will be in attendance.

I felt sad when I saw the picture of the little girl holding the Socialist sign. What’s ahead in her lifetime....?