Two top Republicans looking into the bungled “Fast and Furious” gun operation have accused the Department of Justice’s Inspector General of undermining their investigation.

The Justice Department’s “Fast and Furious” gun program targeted Mexican drug cartels but ended up inadvertently supplying them with firearms.

“Each of these disclosures undermines our ability to assess the candor of witnesses in our investigation and thus obstructs it,” wrote the two Republicans in a letter dated Tuesday. “Moreover, your decision to immediately disclose the recordings to those you are investigating creates at least the appearance, if not more, that your inquiry is not sufficiently objective and independent.

The DOJ Inspector General argues it was required to turn the tapes over to the U.S. Attorney’s Office at the Department of Justice under the legal rules of discovery.

Both Congress and the DOJ Inspector General are conducting investigations into the department’s role in the gun program. Issa and Grassley are concerned that releasing the tapes to the U.S. Attorney’s Office - a potential target in their investigation - might obstruct their inquiries.

The tapes Issa and Grassley are referring to were recorded by Andre Howard, a firearms dealer who was recruited by the Bureau of Alcohol, Tobacco, Firearms and Explosives to sell arms to a Mexican cartel. On two occasions, Howard recorded Hope MacAllister, the lead agent in the Fast and Furious case.

Howard’s lawyer, Larry Gaydos, said that Howard was recording MacAllister in an effort to implicate the Bureau of Alcohol, Tobacco, Firearms and Explosives in the gun-running scheme.

Schnedar did not even listen to the recordings before handing them over, say the two Republicans.

Issa and Grassley said the Inspector General’s disclosure represented an obstruction to their investigation of the Department of Justice.

“It appears that you did not consider the significant harm that providing these recordings to the very individuals under investigation could cause to either our inquiry or your own,” they wrote.

The 2009 “Fast and Furious” operation involved ATF agents who tracked purchases of guns and allowed them cross from the United States into Mexico in hopes that the weapons would lead them to major weapons traffickers and drug cartel leaders. Instead, hundreds of rifles and other guns ended up in the hands of the cartels, and the operation was unsuccessful.

In fact, weapons linked to the program were later involved in the December 2010 shooting death of U.S. Border Patrol Agent Brian Terry.

TOPICS: Crime/Corruption; Front Page News; Mexico; Politics/Elections
KEYWORDS: banglist; fastandfurious Navigation: use the links below to view more comments.
first 1-20, 21-29 next last
1 posted on 09/22/2011 1:02:47 PM PDT by neverdem
[ Post Reply | Private Reply | View Replies]
To: neverdem
The Justice Department’s "Fast and Furious" gun program purported to targeted Mexican drug cartels but was actually intended to ended up inadvertently supplying them with firearms as part of an attack on the Second Amendment.

There, fixed for accuracy...

This is getting juicer = = buttered popcorn time approaches

Just what the hell are you prepared to do about it?

Well it’s great to see Issa and the gang using their power and brilliance to permit Holder and Obama to investigate themselves and destroy evidence and taint witnesses. Who would have ever thought this would happen???!!!

People who run guns to Mexican cartels and American gangs and hate the US constitution, are the most trustworthy people in the world to investigate themselves!

8 posted on 09/22/2011 1:16:22 PM PDT by SaraJohnson
[ Post Reply | Private Reply | To 1 | View Replies]
To: SaraJohnson
Well it’s great to see Issa and the gang using their power and brilliance to permit Holder and Obama to investigate themselves and destroy evidence and taint witnesses.

In that case, you should direct your ire at the Constitution and the "separation of powers" clause.

The $16 muffins they dine on are said to be delicious. Too bad the taxpayers can’t afford them for themselves.

I suspect that, in addition to being an attack on the Second Amendment, it was also part of a bribery scheme with the money going to the Illegal’s 2012 campaign and to the Illegal himself. Thusfar, unfortunately, I have no specific evidence to support this suspicion.

Should be called the Department of Corruption. 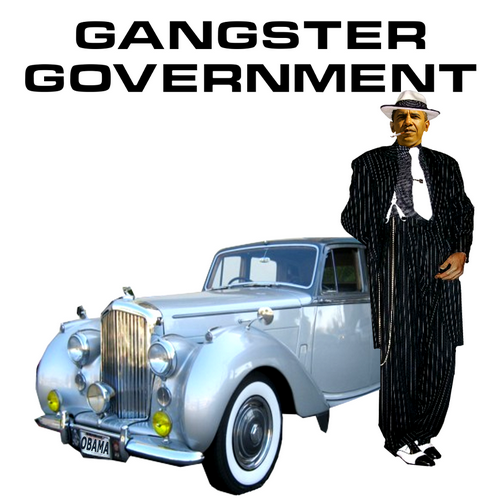 The mere fact that the assigned Special Investigator released tapes to the Dept. of Justice ( the aim / “perp” of the investigation) not only interferes with the Congressional investigation , but by doing so , becomes a party to the action as an “accessory after the fact” .

The purpose of the investigation is to look for possible signs of corruption and hiding the truth of the matter and perpetrating a ‘cover-up’. Release of data and recordings to the DOJ (whether she listened to them or not ) compromises the “impartiality”, which is the whole reason for bringing in an IG in the first place.

This isn’t an impartial investigation, this is just more of the same “daisey-chain” which we have come to expect of this administration . Typical “Chicago style” gangsterism .

This is more like asking Rahm Emmanuel whether he remembers anything about Solyndra .. and he responds , ‘Not that I can remember’..

It sorta makes you wonder .. who is going to be thrown under the bus on this one .. ?

it remains to be seen what the pubies will do about this scandal or the others in the obama administration.

Republicans had to see this one coming from a mile away yet they do nothing serious about the obstruction.

Inadvertently??? I don’t think so. They can’t say at this point that it was done by design but they don’t have to keep assuring people that it was all just a mistake. It is like the 7 seconds between a bomb blast on an airplane and the government and MSM assurance that it was just a lone nut and not an Islamist operation.