Donald Trump supporters have filed a lawsuit challenging the eligibility of one of his primary rivals, Sen. Ted Cruz (R-Texas), to run for president.

The lawsuit, filed Feb. 3 at a district court in Alabama, seeks a judgment "declaring that Rafael Edward Cruz is ineligible to qualify/run/seek and be elected to the Office of the President of the United States of America" due to his Canadian birth. Cruz was born in Calgary, Canada, to an American mother.

Let’s get it over.

It was bound to happen, if not supporters of a candidate, the Dems would have....we need to know what Cruz has locked up.... Unless Trump himself, or one of the other candidates joins in... it will be found that they have “no standing” and be dismissed regardless of the merits.

Best scenario is that the court rules he is eligible ... and Trump picks him as his veep.

Cruz is not yet a candidate for president - only for the Republican nomination.

And that's assuming plaintiffs get around the issue of standing, which is also doubtful.

I wish at least one of these would go to the SCOTUS so that we have a ruling once and for all that someone born in Canada or Saudi Arabia or China or wherever can go on to become the US President, as long as they have one American parent.

The issue is much more effective for use in attacks while there’s no definite conclusion.

Trump supporters not to be confused with Trump for all you frothing at the mouth cruzbots. :-)

Why would a voter who wants to cast a vote for a legal candidate not have standing?

Who are they suing?

In 2011 the Trumpeters kept trying to shop around for judges to, get this: Order Obama out of the WH.

And would rescind all the laws that Obama had signed

..until one of the judges fined one of them for wasting the courts time.

That put cold water on that idiocy.

Wow, this Birther thing really came out of nowhere. Who evver heard of such a thing?

"... it will be found that they have â€œno standingâ€ and be dismissed regardless of the merits."

The Congress shall have Power ... To make ALL Laws which shall be necessary and proper for carrying into Execution the foregoing Powers,
and ALL other Powers vested by this Constitution in the Government of the United States, or in any Department or Officer thereof.

Each House shall be the Judge of the Elections, Returns and Qualifications of its own Members, ...

As I have commented on before and supported with links, in the article 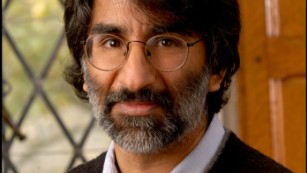 Akhil Reed Amar, author of CNN's Why Ted Cruz is eligible to be president wrote:

Elsewhere, Article I, section 5 of the Constitution makes clear

meets the constitutional eligibility rules for that house.

Suppose Mr. Smith wants to go to Washington as a senator.
He wins election in his home state.
But the Constitution says a senator must be 30 years old.

Similarly, for presidential elections the Constitution's structure makes Congress the judge of any birth certificate dispute

or any other issue of presidential eligibility.

but it is the judge of the eligibility rules prescribed in the Constitution.

Thus, ordinary courts should butt out, now and forever.
They have no proper role here, because the Constitution itself makes Congress the special judge.

In legal jargon, the issue is a "nonjusticiable political question."

that the United States Constitution does not even consider it.

A court can only decide issues based on law.
The Constitution dictates the different legal responsibilities of each respective branch of government.
If there is an issue where the court does not have the Constitution as a guide, there are no legal criteria to use.
When there are no specific constitutional duties involved, the issue is to be decided through the democratic process.
The court will not engage in political disputes.

A constitutional dispute that requires knowledge

of a non-legal character
or the use of techniques not suitable for a court or explicitly assigned by the Constitution to the U.S. Congress, or the President of the United States,

is a political question, which judges customarily refuse to address.

Now, let's take a close look at the word "NATURALIZATION", its history, and FROM WHERE it was derived .
What is the root word of "Naturalization" ?

from natural (adj.) in its etymological sense of "by birth" + -ize;

in some instances from Middle French naturaliser, from natural.

Not only could the Founding Father define "natural born citizen", BUT ... THE FOUNDING FATHERS DID DEFINE IT ! 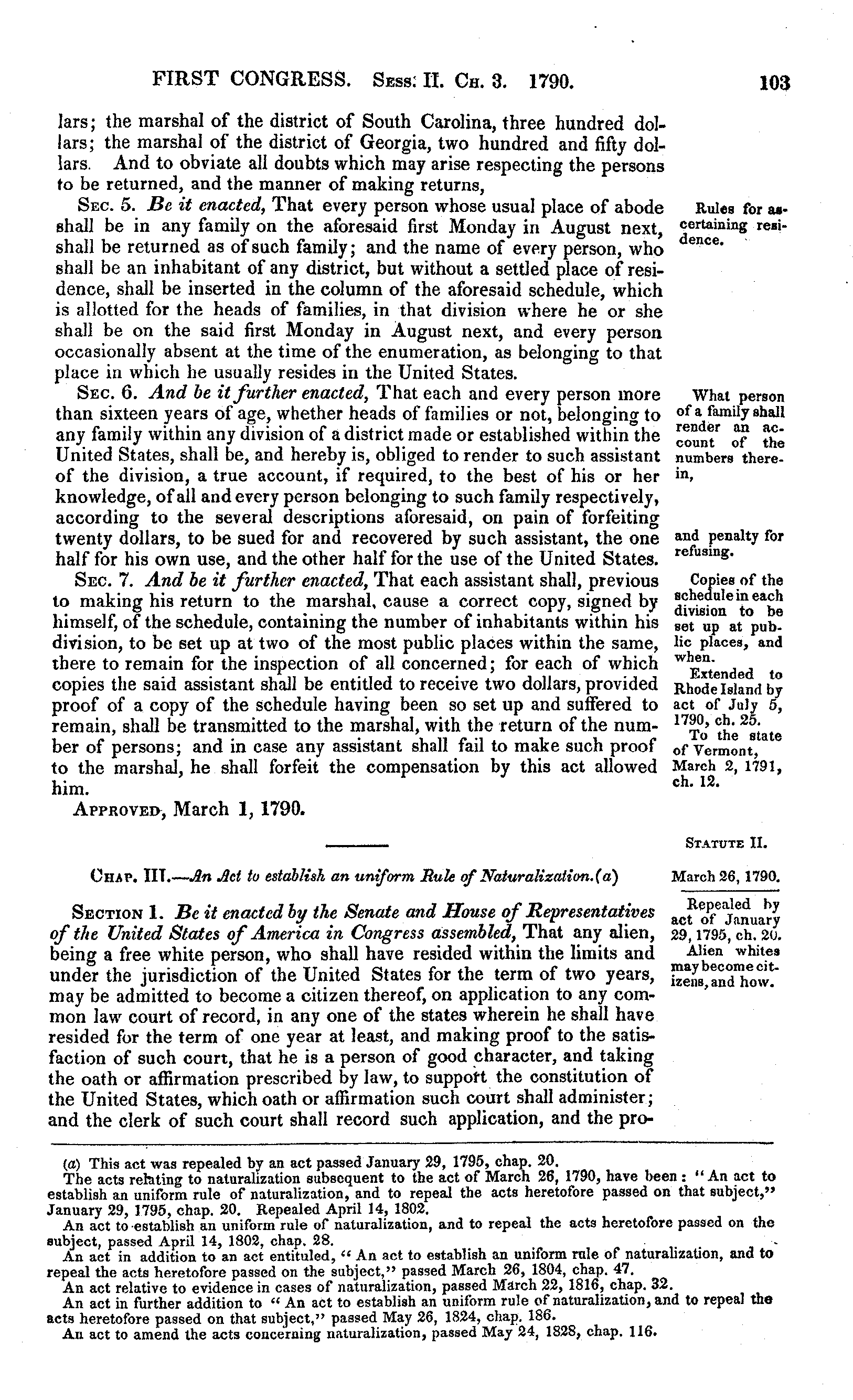 United States Congress, "An act to establish an uniform Rule of Naturalization" (March 26, 1790).


Be it enacted by the Senate and House of Representatives of the United States of America, in Congress assembled,

That any Alien being a free white person,

who shall have resided within the limits and under the jurisdiction of the United States for the term of two years,

wherein he shall have resided for the term of one year at least,

and making proof to the satisfaction of such Court  that

he is a person of good character,
and taking the oath or affirmation prescribed by law

to support the Constitution of the United States,

which Oath or Affirmation such Court shall administer,
and the Clerk of such Court shall record such Application, and the proceedings thereon;
and thereupon such person shall be considered as a Citizen of the United States.

And the children of such person so naturalized,

dwelling within the United States,
being under the age of twenty one years at the time of such naturalization,

shall also be considered as citizens of the United States.

shall be considered as natural born Citizens: Provided, that

the right of citizenship shall not descend to persons whose fathers have never been resident in the United States:

no person heretofore proscribed by any States, shall be admitted a citizen as aforesaid,

except by an Act of the Legislature of the State in which such person was proscribed. 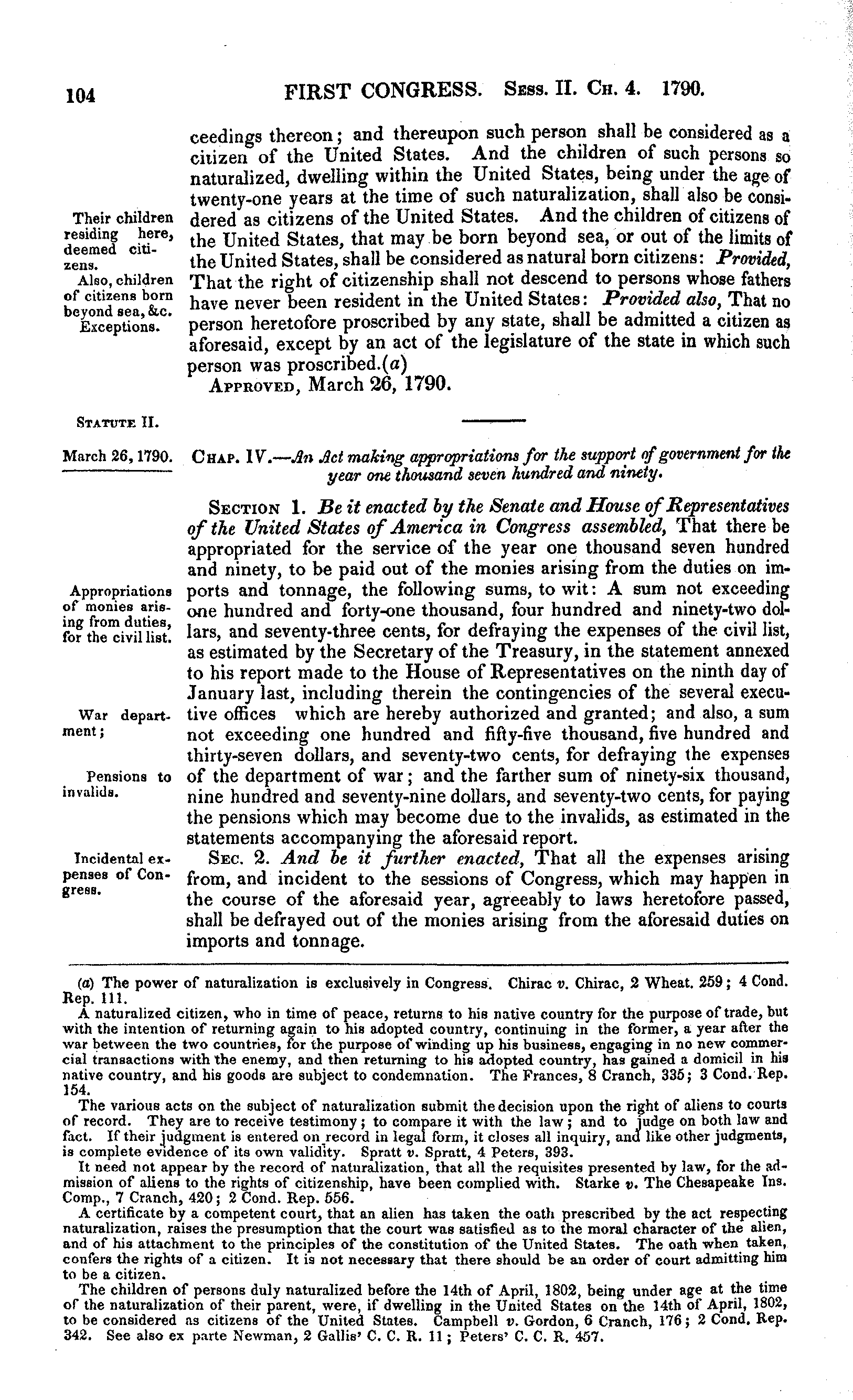 Take a look at the original one WRITTEN BY our FOUNDING FATHERS,
and VERIFY IT FOR YOURSELF in the list of NAMES of the members of our FIRST CONGRESS !


Finally, read the latest from links provided by the U.S. Citizenship and Immigration Services (USCIS), the government agency that oversees lawful immigration to the United States.


... Citizenship is mentioned in

Who is a natural-born citizen?
Who, in other words, is a citizen at birth, such that that person can be a President someday?

"All persons born or naturalized in the United States,

and subject to the jurisdiction thereof,

are citizens of the United States and of the State wherein they reside."

But even this does not get specific enough.
As usual, the Constitution provides the framework for the law, but it is the law that fills in the gaps.
The Constitution authorizes the Congress to create clarifying legislation in

Section 5 of the 14th Amendment;
the Constitution, in Article 1, Section 8, Clause 4,

also allows the Congress to create law regarding naturalization,

Currently, Title 8 of the U.S. Code fills in the gaps left by the Constitution.
Section 1401 defines the following as people who are "citizens of the United States at birth:"

Separate sections handle territories that the United States has acquired over time, such as

Note that because of when the law was passed, for some, the natural-born status was retroactive.

The law contains one other section of historical note, concerning the Panama Canal Zone and the nation of Panama.
In 8 USC 1403, the law states that

Note that the terms "natural-born" or "citizen at birth" are missing from this section.


In 2008, when Arizona Senator John McCain ran for president on the Republican ticket, some theorized that

because McCain was born in the Canal Zone,
he was not actually qualified to be president.

However, it should be noted that section 1403 was written to apply to a small group of people to whom section 1401 did not apply.
McCain is a natural-born citizen under 8 USC 1401(c):

Not everyone agrees that this section includes McCain - - but absent a court ruling either way, we must presume citizenship.

A "national" is a person who is considered under the legal protection of a country, while not necessarily a citizen.
National status is generally conferred on persons who lived in places acquired by the U.S. before the date of acquisition.
A person can be a national-at-birth under a similar set of rules for a natural-born citizen.
U.S. nationals must go through the same processes as an immigrant to become a full citizen.
U.S. nationals who become citizens are not considered natural-born.

Don’t kid yourself, should Cruz get the nomination the Dems will also be doing this.