Mr. Barr said he’s asked John Bash, the U.S. attorney for the Western District of Texas, to look into the unmasking requests. He said that review will be independent of Connecticut U.S. Attorney John Durham’s investigation `into the origins of the Russia-collusion investigation.

“I’ve asked another U.S. attorney to look into the issue of unmasking because of the high number of unmaskings and some that do not readily appear in the line of normal business,” Mr. Barr said in testimony before the House Judiciary Committee.

Then-acting Director of National Intelligence Richard Grenell in May declassified a list of top Obama administration officials who requested Mr. Flynn’s identity during the transition period.

At this point, after all that has been revealed, I feel that he should just appoint a firing squad.

Another day in DC, another “investigation”. Big eff’n deal.

Giving up on Dunham??

Another investigation. “Investigator” is a great career in the swamp. Great pay and no accountability for results.

Why doesn’t he investigate the communist insurrection and rebellion?

Oh, well maybe something will be done about it by 2035 or so then, right Bill?

The Democrats aren’t even pretending to be civil. They know that treating conservatives like dung is pleasing to their base and they are not becoming . . . but have become . . . totally unhinged.

It was a total mockery of the sense that this was any kind of a hearing. Like the A.G. stated once, he did not know why they needed him, the representatives were the only ones being heard. They would not even allow him the grace to respond to their “so-called” questions.

And the really sad thing is the large contingent of FLeepers on this site that sound like Democrats. They probably are.

Anyone requesting an unmasking should have to sign an affidavit explaining why they need it. Prosecutions for any abuses.

*Sigh* talk talk talk talk. We all know nothing is going to happen, and if Biden successfully steals the election, nothing ever will happen. If Trump wins, I still think nothing will happen until Barr is replaced. We have THE biggest scandal in US political history, the attempted coup of a sitting US President, a group of individuals who attempted to DENY the voice of the PEOPLE, and this guy can’t even give out parking tickets after 19 months in office. And now we’ve got Domestic enemies physically attacking the country, we have Domestic enemies holding office from Mayor to Governors helping these enemies and incredibly one Governor in New York responsible for MASS MURDER as if it’s Nazi Germany 1943, and STILL not even a parking ticket. This is a joke, a con job.

14 posted on 07/28/2020 1:36:58 PM PDT by GrandJediMasterYoda (As long as Hillary Clinton remains free equal justice under the law will never exist in the USA)
[ Post Reply | Private Reply | To 1 | View Replies]
To: Pilgrim's Progress

It was all for show.

15 posted on 07/28/2020 1:37:04 PM PDT by virgil (The evil that men do lives after them)
[ Post Reply | Private Reply | To 10 | View Replies]
To: fso301
The cynic in my says that big mouth Barr wanted to look like a tough guy by making noise out loud about the public disclosure of people all over Obamaland unmasking people illegally and the only way he could do it was to say he was creating a NEW investigation (as opposed to just telling Durham to do it in private). So now people can stop asking 'why isn't he doing anything?' and he can go back to not doing anything until the clock runs out.

Seems to be his modus operandi.

Vile isn’t a strong enough word to describe them. Wonder how they would feel if they ever got treated that way.

Unless your investigator is Robert Mueller - then it's SWAT and a CNN at your door in an instant.

Barr waits an entire presidential term just to get the right guy on the Flynn case. 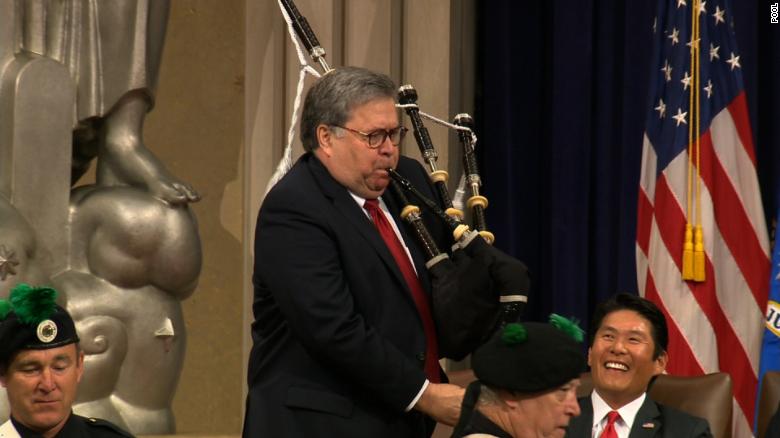 Wasn't it just last week or the week before that the FBI FINALLY turned over documents that were requested a year prior? Can't blame Durham or Barr, they're systematically aligning all the pieces of the puzzle........

Folks here need to chill and let them do their jobs instead of piling on along with the MSM........

Nobody is going to do anything. Everyone involved has already gotten away with everything. Barr is not serious about prosecuting anyone.