Video: Cops Stand Down And Allow Armed Looters to Ransack Store  One Officer Runs Away
Conservative US ^ | 06.09.2020 | Alex Hall

The working- and middle-class people of New York have had to remain in place to face the COVID virus. They have no second homes to retreat to. Now they are faced with the virus of organized criminal gangs and looters.

Some actually defended the looting, rationalizing it as payback for the injustices blacks have had to endure and forgetting the peaceful message of Martin Luther King Jr.

Looting will never foster social justice or redress past grievances. Looting only serves to selfishly benefit the looter and promote reactionary politics.

Outsiders and seasoned thieves are using the protests over the death of George Floyd at the hands of a Minneapolis cop as a cover to commit crimes, creating a major concern among law enforcement in the city and around the country, authorities said.

“NYPD is losing the city of New York and we have no leadership in the city of New York right now, from City Hall to the brass of the NYPD,” New York Sergeants Benevolent Association President Ed Mullins told Laura Ingraham. “The men and women are being pelted with rocks, bricks, cars [are] lit on fire. And this is continuous. We have a curfew that’s been implemented tonight at eight o’clock and everyone is still out rioting in the streets in New York.”

And he is not far from the truth as one video that surfaced shows NYPD cops stand down as looters ransack the store one of them even runs away.

The incident happened in a New York convenience store that was being looted by thugs.

The two officers were in the store and instead of apprehending the armed criminals (they had a knife) they stood down and allowed them to loot.

But if that wasn’t bad enough, one of the officers literally ran away and left her partner in the store by herself.

The man working behind the counter could have been injured or killed by one of these criminals and while police officers did nothing. Video below:

So this is the police in our country in 2020, they are afraid to shoot, afraid to defend, afraid to protect.

TOPICS: Conspiracy; Government; Military/Veterans; Politics
KEYWORDS: anarchotyranny; andrewcuomo; antifa; billdeblasio; blogspam; civilunrest; clickbait; georgesoros; learnhowtopost; newyork; newyorkcity; police; riots; stopthespam; twittertwatter Navigation: use the links below to view more comments.
first 1-20, 21-25 next last
They are not permitted to do their job. Orders are, "Stand Down." So, they are left helpless to do anything. The criminals know it too, which is why he simply came after her like he did, knowing they are not permitted to ACT. Notice, he wasn't even assertive in his approach.
1 posted on 06/09/2020 7:48:31 AM PDT by USA Conservative
[ Post Reply | Private Reply | View Replies]
To: USA Conservative

But if that wasn’t bad enough, one of the officers literally ran away and left her partner in the store by herself.

This has happened before with female cops.

It’s seen as the “oppressed” waltzing in and taking what is “rightfully” theirs from their “oppressors.” Obviously Whites are called the oppressors no matter what they do or don’t do, and “people of color” are the oppressed, even those who own a store and actually work for a living.

The cops have been told to allow it.

The exodus from NYC will be epic. It will be a playground for the rich and the poor slobs that service them. The middle class will be wiped out.

If they lose the financial sector, all bets are off. If people no longer feel safe, they will be gone.

Any business owner who remains in these lawless liberal enclaves is foolish.

7 posted on 06/09/2020 8:02:18 AM PDT by Surrounded_too
[ Post Reply | Private Reply | To 2 | View Replies]
To: USA Conservative
Let’s not jump to conclusions. May the female cop who ran had a broken radio, and was going for help. George Costanza once found himself in a similar situation.

“....And he is not far from the truth as one video that surfaced shows NYPD cops stand down as looters ransack the store one of them even runs away....”
**************************************************
WTF? I looked at the video (only once so maybe I missed something) and there were NO LOOTERS. There was a single armed (Knife) robber and two cops. The one female cop had drawn down on the robber but he simply ignored her. I think the Left is achieving its goal of successfully instilling so much fear (of lawsuits & charges of excessive force) in our LEOs that they are becoming fearful of opposing criminals that don’t willingly submit.

Well, they willfully and knowingly sought the job in a beyond corrupt, evil, communist government and swore to enforce said government’s diktats.

I’d like to see the names of some of the candidates the New York Sergeants Benevolent Association has endorsed over the years.

The gut with the knife was leading a small dog on a leach?

13 posted on 06/09/2020 8:33:42 AM PDT by Flavious_Maximus
[ Post Reply | Private Reply | To 9 | View Replies]
To: USA Conservative
You have most black people that hate them and most white people that second guess their every move. No good deed goes unpunished - runaway.

Not a good time to be a cop.

Your new BLM police force is here to help you!

We will find you!

Have your weekly safety donation, in cash and handy! 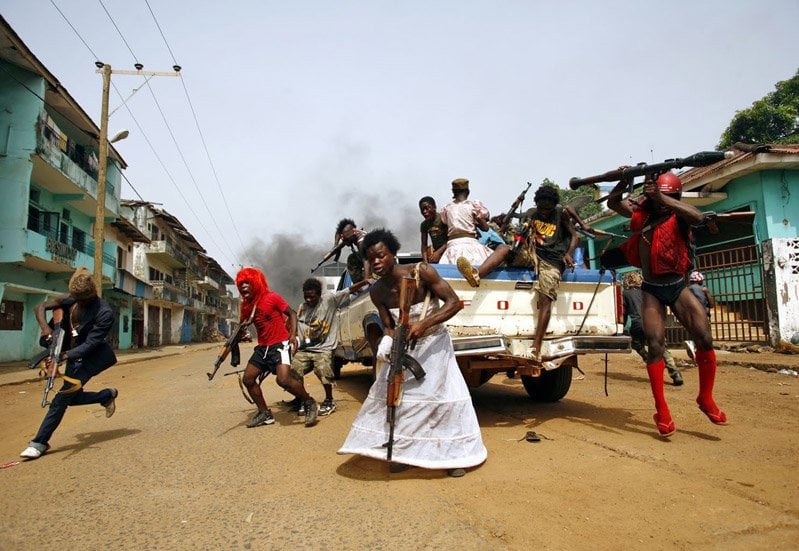 Thanks to DCBryan1 for the photo above!

OMG, someone actually got a pic of the legendary Rocket Red.

19 posted on 06/09/2020 8:48:05 AM PDT by Gene Eric ( Don't be a statist!)
[ Post Reply | Private Reply | To 16 | View Replies]
To: USA Conservative
Is it time for the effected business owners to protest their taxes? Since the police did nothing to prevent looting, the business owners have lost their ability to pay taxes. Tell the government that allowing my source of income to be destroyed means there is no money for taxes. Government has broken the implied contract of protection, therefore good bye to government revenue.

After all, you can’t squeeze blood out of a turnip.