“No matter how cynical I get, I just can’t keep up.” – Lily Tomlin 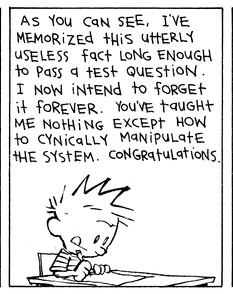 One study suggests that two-thirds of Americans between the ages of fifteen and thirty-four who were treated in emergency rooms suffered from injuries inflicted by police and security guards, about as many people as the number of pedestrians injured by motor vehicles.

If that claim seems patently unbelievable to you it’s because it is simply not true, apparently the result of bad math and misunderstanding.The article’s subtitle, “why did American policing get so big, so fast? The answer, mainly, is slavery,” provides a pretty strong hint at Lepore’s predisposition as well as her entire case: slavery (and it’s corollary, “white privilege”) goes a long way towards explaining all the social injustice in the world - or at least in the United States.

It should be noted that Ms. Lepore is a highly respected professor of American history at Harvard, yet neither she nor her editor was struck by the sheer bodaciousness of a claim that fully two-thirds of ER visits for people between the age of 15 and 34 were due to police inflicted injuries. It’s almost as if they are predisposed to believe that the cops spend most of their day busting people’s chops.

While any reasonable person would question the absurdity of such a claim, it apparently did not strike Ms. Lepore as anything other than plausible. Despite her tendency to believe it however, it just ain’t so. As Louise Perry discovered upon nominal investigation (i.e. checking the author’s source study) it was easily disproven - spectacularly so. Excerpts from Perry’s article:

And it turns out I was right — the ‘two-thirds’ claim is not true. Not even close…But it’s not clear where Lepore got the ‘two-thirds’ figure from. Possibly she misunderstood a line from from the paper itself, which includes the finding that 61.1% of people injured by police fell into the 15-34 age bracket…

I did my best to work out a rough estimate of the true proportion of 15-34 year olds visiting the ER who had suffered legal intervention injuries, and arrived at a figure of 0.2% (you can follow my working in this thread). So I believe Lepore’s claim to be off by a factor of several hundred.

OK, I didn’t check Perry’s math either but common sense indicates that her percentage is more plausible than Lepore’s two-thirds. As Perry points out, we all know that political bias warps cognition, sometimes catastrophically. Take COVID for example. I’d also stake claim to the fact that when all the dust has cleared we will find that the “statistics” reported to date about COVID cases and deaths will prove to be equally and spectacularly inaccurate: another victim of “a small, troubling example of the effect of political bias on journalism.”

But don’t take my word for it, read Angelo Codevilla’s  long but excellent essay: The COVID Coup.

Panicked by fears manufactured by the ruling class, the American people assented to being put essentially under house arrest until further notice, effectively suspending the habits, preferences, and liberties that had defined our way of life…

What history will record as the great COVID scam of 2020 is based on 1) a set of untruths and baseless assertions—often outright lies—about the novel coronavirus and its effects; 2) the production and maintenance of physical fear through a near-monopoly of communications to forestall challenges to the U.S.. ruling class, led by the Democratic Party, 3) defaulted opposition on the part of most Republicans, thus confirming their status as the ruling class’s junior partner….

And they wonder why we’re cynical.

Joe Biden said that 120 million American have died from COVID. Those words came out of his month and he didn't catch himself to say, "Whoa, that can't be right …"

There was a newscaster a few months ago who said something like Michael Bloomberg spent $300M on his presidential run -- which is basically a million dollars per voter. Those words came out of his month and he didn't catch himself to say, "Whoa, that can't be right …"

this article contains this:
One study suggests that two-thirds of Americans between the ages of fifteen and thirty-four who were treated in emergency rooms suffered from injuries inflicted by police and security guards

They said that and they can’t catch themselves to say “Whoa, that can’t be right …”

They just “say stuff”. If it sort of sounds good, they run with it. Because they have a Narrative to sell.

2 posted on 07/23/2020 5:22:00 AM PDT by ClearCase_guy (If White Privilege is real, why did Elizabeth Warren lie about being an Indian?)
[ Post Reply | Private Reply | To 1 | View Replies]
To: NOBO2012
She should read Time on the Cross by Robert Fogel and Stanley Engerman. Their Nobel Prize research in the field of cliometrics discusses the economic well being of pre- and post-bellum slaves. Their work is in two parts: A popular narrative describing their findings and a second book that probably only us cliometricians read. Their conclusion is that slaves were economically better off before the war than after.

Dr. Fogel came to my university to speak on his book and opened it up for questions after his talk. A local black reported stood up and yelled: "You are a racists!" Dr. Fogel asked if he had read either volume. The reporter replied: "I don't have to read it to know you are a racists!".

At that point, a black lady in the front row stood up, turned around, and said: "Sit down and shut up, Sonny, you don't know what your talking about and I don't appreciate you calling my husband a racists!"

The reporter sat down...not a peep...

They just make stuff up/lie flat out. They have no interest in truth. Only power.

Add another 107 million from gun violence. How are there so many people still around?

Jack and Joe were 15 miles apart at the start. Assuming that neither of them stopped for gas.

There was a newscaster a few months ago who said something like Michael Bloomberg spent $300M on his presidential run — which is basically a million dollars per voter.

That was a discussion between Brian Williams and some other equally headed newsslut.

When I see the ads on TV asking for donations for elderly Holocaust survivors in Ukraine or Israel, I think of how Michael Bloomberg squandered $300 million or more on a Presidential race ego trip—for him to help those Holocaust survivors would be just spare change. (Of course I don’t know if he does make charitable contributions to worthy causes.)