RUSH: I have come across a first-time author who is fantastic. His name is Christopher Rosow. He’s got two new books out. He’s one of these guys, he’s been working his whole life while dreaming about being an author. And it’s his hobby, his passion. He’s always wanted to do what he wasn’t doing. So he finally sat down and actually, without having a publishing deal or any of that, sat down and wrote a thriller novel about terrorism and sailboat races and so forth. And a very unlikely hero is an FBI statistician, he’s not an agent, who is thrust into the role of becoming an agent. 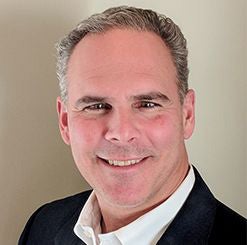 Now, it’s available in e-book and paperback right now. Self-published. And it’s available at Amazon and Kindle, the Kindle store and Apple iBooks. The e-book is only $2.49. The paperback version’s around $18.50 and there are two of them. There’s a two book series. The first one is called False Assurances and the second one is Threat Bias.

Anyway, it’s about a very unlikely hero, an FBI statistician. He’s a systems operation guy. He’s not an agent. He’s overweight. He’s lacking everything you think about when you think FBI agent. He goes to thrust into a case because everybody else is occupied on the job of the presidential visit in Boston. He gets thrust into it, he’s the only guy who sees the potential threat here in his office and forces his way onto the case.

I could not stop reading the book. It got to be about 1:30 in the morning and I had to put it down and I couldn’t quit. So if you’re at home and you are looking for things to do, TV reruns have started now, you’ve seen everything there, you really ought to get it. I remember when Joel Rosenberg wrote his first book. Remember, Mr. Snerdley? Joel Rosenberg worked at The Limbaugh Letter, he wrote a novel, he brought it in to me. I have to read this just to be nice. And I couldn’t put it down. This is the same.

The book is called False Assurances. It’s the first in a two book set, paperback, $18 bucks. The e-book is $2. You can’t afford not to have these things. They are really good. I had to work hard last night to stop reading and go to bed. I’m about halfway through the first one. Christopher Rosow is again the author and the budding up-and-comer who impressed the heck out of James Patterson. Doesn’t get any better than that.

RUSH: Righto. Right on. Welcome back. Great to have you. El Rushbo and the EIB Network, where we have more fun than a human being should be allowed to have because…

He sounded like he was looking forward to the day, when all I saw was prison. So here I am 50, 60-some-odd years later doing what I was born to do. It’s great to have you with us. It wouldn’t be possible without you. (interruption) What’s that? (laughing) Snerdley. The name of the book is False Assurances.

Snerdley keeps purposely getting… Christopher Rosow. I recommended his two books, actually, in this series. He’s a first-time author. Talk about pursuing a dream. He’s just wanted to be a writer his whole life and finally tried it, and he’s self-publishing on Amazon and iBooks at Apple — and they’re great!

The first one is False Assurances, and I literally had trouble stopping read this to go to bed last night. Anyway, it’s False Assurances. (interruption) No, it’s about an FBI systems analyst. You know, he’s not an agent. He’s overweight, just the entire opposite of what you think of when you think of FBI agent.

He’s thrust into the role of an agent because of an event that happens when everybody’s out of the office planning for a presidential visit to Boston. He’s thrust into this. It’s a case that nobody thinks is gonna amount to anything anyway, so this guy is given it. His name is Ben Porter. He’s given the case because everybody thinks he’s a schlub and it doesn’t matter.

And it turns out to be a huge thing. And once this book gets going, I’m telling you… I read e-books now, and there’s no turning pages. But you swipe on the iPad. Now, I’m swiping like crazy, pages — and Snerdley keeps goading me here with the title. False Assurances. The second book, same character, is called Threat Bias.

TOPICS: Culture/Society; Editorial
KEYWORDS: transcript
1 posted on 05/14/2020 3:18:20 PM PDT by Kaslin
[ Post Reply | Private Reply | View Replies]
To: Kaslin
I'm a big fan of Patterson {also Rush} so when I heard Rush pimping this new book I went to Amazon and bought it.

For pure fiction that matches reality my all time favorite was Tom Clancy.

Until the end of his career, he was the best but his last coupla of books were ghost written and were dawg dodo.

The Teeth of the Tiger and Red Rabbit were both two bark woffers.

Bought them both. Rush’s story sold me, and the price is right. Love to see this guy prosper.

And hope he buys my book when it comes out, too.

Can you imagine how many tens of thousands of books this guy sold today?

I hope so. Terrific work for him to snag a James Patterson blurb for the cover, but the Rush thing is going to go viral I suspect.

Ditto. Both bought here as well on Rush’s recommendation.

Seriously, good for this author!

9 posted on 05/14/2020 4:57:10 PM PDT by IrishPennant (Proud yet grieving father of my precious child Jon Jon...)
[ Post Reply | Private Reply | To 1 | View Replies]
To: eddie willers
I just purchased a drone that connects its controller to my Android phone. Unfortunately the screen on my phone is only 4 1/2 inches and impossible to view in the sunshine.

Does a Kindle allow you to download apps such as the app that controls my drone?

“ And a very unlikely hero is an FBI statistician, he’s not an agent, who is thrust into the role of becoming an agent.”

Their Fire Tablet probably would, but it's a standard color display like an iPad that would wash out in sunlight.

I think the last book he actually wrote himself was Executive Orders. There was something off about Rainbow Six. It was dry and shallow. Had to make myself finish it. The ending--where Clancy usually rewarded the reader with a gut-wrenching conclusion--was anti-climatic.

This was around the time he started slapping his name on those Op Center novels and non-fiction history books, all written by the person with the smaller name on the cover. All unreadable.

Don't know if Clancy lost his gift for storytelling or just didn't give a crap anymore, but he checked-out somewhere in the mid 90s.