Is This Video Responsible for Increased Tensions in the Middle East?
Michelle Obama's Mirror ^ | 1-3-2016 | MOTUS

I see theyâ€™re at it again in Tehran; what is it with the Middle East and firebombing embassies?

Iran's supreme leader said on Sunday that Saudi Arabia will face "divine revenge" for executing a top Shia cleric whose death sparked protests in which the kingdom's embassy in Tehran was firebombed. â€“ Telegraph

Meanwhile Barry and Company wrapped up the last day of their vacation by playing a little golf, 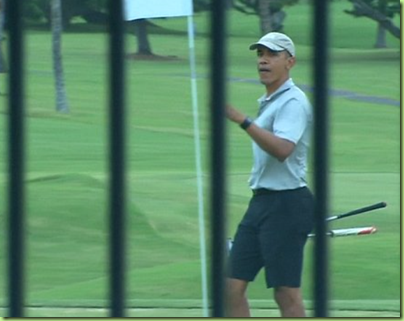 Going to the zoo, 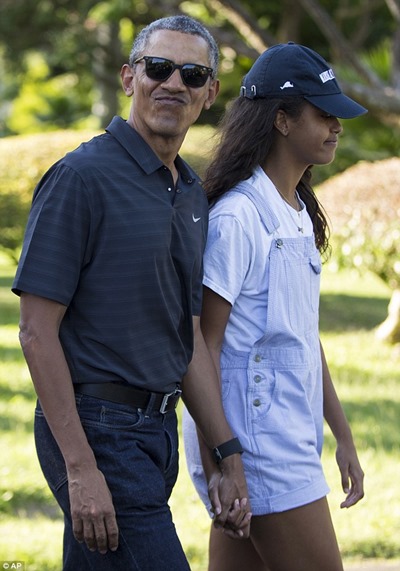 Come on people, donâ€™t tell me you donâ€™t see the resemblence between Pater and Filia

and going out to dinner at Buzzâ€™s Lanikai Steak House before heading home for a little well earned rest and recreation. Big Guy didnâ€™t comment on the Iranian seizure of the embassy as he was busy packing, butt spokesmouth Ben Rhodes advised:

In Hawaii, where President Barack Obama is on vacation with his family, White House deputy national security adviser Ben Rhodes said the administration has urged the Saudis to show restraint regarding respect for human rights.

â€œWe broadly I think have concerns about human rights issues in Saudi Arabia, and again we also would like to see steps taken by Saudi Arabia and other countries to reduce sectarian tensions in the region," Rhodes said â€“ Reuters

Funny, the White House didnâ€™t seem too concerned about human rights - broadly or otherwise -  when the Iranian Freedom Fighters took to the streets in 2009. Nor did they worry much about â€œsteps taken to reduce sectarian tensions in the regionâ€ while they stoked the flames of the Arab Spring which brought about waves of riots and civil wars and ultimately resulted in the ouster of leaders in Tunisia, Egypt, Libya (see then Secretary of State explain how concerned we were about reducing sectarian tensions:)

Anyway, I was just wondering if this concurrent butt seemingly random act of violence in Brussels was related to the spontaneous Iranian embassy protest in any way:

Yutes hurl what passes for a car in Europe down a flight of stairs into a mass transit (the preferred method of travel) station.

Q. How can you tell the â€œyutesâ€ who pushed this car down a set of stairs were home-grown hoodlums and not Muslim immigrants?

A. There was nobody in it.

Is that Black humor? A a micro-aggression? Cultural appropriation? I donâ€™t care, I still think itâ€™s funny.

Anyway, I guess the car-hurling was just an act of civil disobedience protesting man-made global warming and supporting a world-wide carbon tax - which in turn will reduce sectarian tensions in the Middle East. Or something.

Violence is the Iranian and Arab meal best served hot.

Videos are not humans and aren’t responsible for anything. Savages see videos and allow their lower instincts to take over.

Yes, but we’re talking about people who think guns are killers.

No, that would be mohammedans.

One of the yutes shouting “Allahu Akbar” might be a tipoff.