Adam Schiff has pursued Donald Trump with a religious fervor.  He desperately want Trump out of office and will resort to just about anything to that end. Of late he is conducting secret impeachment proceedings, having failed to produce his mysterious Russian collusion evidence. In his zeal he has made a gigantic error- his “whistleblowers.” Vindman clearly does not understand government. Foreign policy is what the President wants it to be, not what he or Ciaramella want it to be. Neither Ciararmella nor Vindman had a problem with Joe Biden threatening to withhold aid to the Ukraine unless the prosecutor investigating the company on whose board Hunter Biden sat was fired.

Neither was bothered by the inherent Ukrainian corruption.

This is why I doubt that democrats will actually impeach Trump, but rather try to cause death by a thousand leaks.

If Trump is impeached, this all moves to the Senate where the GOP rules. A trial would include subpoenas – of Ciaramella and Vindman. It would mean testifying under oath. It would mean questions-

Did John Brennan ask them to spy on Trump?

Were they in contact with John Brennan during this time?

What was Joe Biden’s role in all of this?

Conspiracy to commit sedition against the People.

As Pelosi, Nadler and Schiff himself keep saying, “No one is above the law.”

Little does Schiff realize that he soon will be interviewed by
Deputy AG Durham, with a grand jury subpoena shortly thereafter.

Truly, I do believe that Schiff will be indicted on either conspiracy to commit sedition and treason,or obstruction of justice, or espionage.

Sedition is overt conduct, such as speech and organization, that tends toward insurrection against the established order. Sedition often includes subversion of a constitution and incitement of discontent towards, or resistance against established authority. Sedition may include any commotion, though not aimed at direct and open violence against the laws. Seditious words in writing are seditious libel. A seditionist is one who engages in or promotes the interest of sedition.

How is John Kerry involved in this mess?

I keep hoping that's "fatal" in a very literal sense.

Bugsy will soon join Flake on the scrapheap of useful idiots.

Both Vindman and Ciararmella need to be tried for treason, and if found guilty, put to death in order to punish them individually and to put the fear of God into all the rest of the Deep State bad actors.

After that, AG Barr should offer a general amnesty to all others in the government who have perpetrated similar crimes, contingent on them resigning, taking full responsibility for their actions, never trying to rehabilitate their reputations and forfeiting all pensions and other considerations due them for their employment. This would save the country the pain of many public trials and additional executions.

The Deep State would then be eliminated for at least the next few generations.

Unless it's by firing squad after a fair and open trial.

Adam Fisch has to die

7 posted on 11/03/2019 8:46:13 AM PST by null and void (Convicted spies are shot, traitors are hanged, saboteurs are subject to summary execution...)
[ Post Reply | Private Reply | To 4 | View Replies]
To: Candor7
Truly, I do believe that Schiff will be indicted on either conspiracy to commit sedition and treason,or obstruction of justice, or espionage.

I lean the same way. Which is why there is such a desperate attempt to remove Trump. They know their goose is cooked otherwise, so to them, it's a matter of survival.

What should be encouraging to Trump supporters and true patriots is that all they apparently have on Trump is this phone call. Everything else up to now has failed and this will fail as well.

Consider that Trump wasn't even supposed to be president in their eyes. Back in October of 2016, the "Hollywood Access" tape was to be the kill shot. There was no way that Trump was to survive that. Also remember that Trump was immediately abandoned by nearly the Republican party that weekend. Almost to a man, they were cutting their losses that weekend and reconciling themselves to a Hillary Clinton presidency. (I will never forget that)

Trump is the most vetted president in American history.

Finally, consider that Trump doesn't seem in the least bit worried about this impeachment theater. He knows what is coming.

Was Ciaramella the “Charlie” referred to by Strzok and Page in their emails as the SPY in the Trump White House for the FBI & CIA?

actual statute requires use of force

insurrection IMO does not
https://www.law.cornell.edu/uscode/text/18/2383
Whoever incites, sets on foot, assists, or engages in any rebellion or insurrection against the authority of the United States or the laws thereof, or gives aid or comfort thereto, shall be fined under this title or imprisoned not more than ten years, or both; and shall be incapable of holding any office under the United States.

NO DEMOCRAT will EVER face any serious Charges! PATHETIC!

NO DEMOCRAT will EVER face any serious Charges! PATHETIC!


Are you saying that if they do face serious charges, we will have won?

His next fatal mistake(s) may be just getting out of bed in the morning. 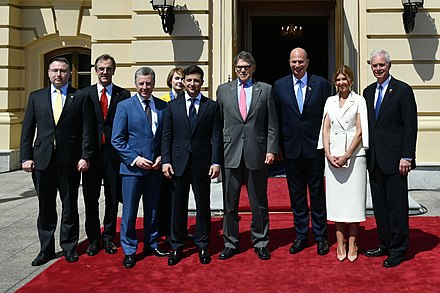 "Conspire to Overthrow" does not require force.

Be a good start!

<><>Col Alexander Vindman engaged in unsanctioned foreign policy discussions with the Ukraine govt;
<><>said "he did not think" it was proper for a president to demand investigations of a U.S. citizen,
<><> said "he was worried about the implications" for the U.S. government’s support of Ukraine.”

What makes Vindam think he controls US foreign policy?