A fortune teller who used asparagus to predict England winning the Cricket World Cup says the US president is in for a rocky 2020. Jemima Packington interprets upcoming world events by chucking Vale of Evesham asparagus tips in the air and ‘reading’ how they land.

The world’s only ‘Asparamancer’ thinks Donald Trump will be re-elected this year, but will be impeached again and kicked out of office.

She thinks climate change will take centre stage again in 2020 but that more countries will take action to minimise its impact and pressure other states to accept there is a problem.

The psychic says storms, typhoons, hurricanes and flooding will increase tenfold because of global warming and warns the UK will suffer serious flooding.

High-profile and much-loved names in the sporting world are tipped to become embroiled in shocking scandals, while the youngest ever Oscar winner will be heralded as an acting icon of the future.

Continued turmoil within the Royal Family is expected to result in some members being relinquished of official duties, although the sovereign will prevail. Jemima, 64, from Evesham, Worcestershire, says more royal births and bereavements will occur this year.

According to the asparagus, a shake up of the major political parties is on the way soon, and Brexit will be pulled off far smoother than opponents suggest.

Donald Trump will win a second term as President before being impeached.

Storms, typhoons, hurricanes and flooding will increase tenfold, with more floods affecting the UK. Sports and sporting personalities will be involved in scandals.

Brexit will go ahead smoothly without causing expected problems.

Independent and small retailers will enjoy a resurgence.

The youngest person ever to win an Oscar will be hailed an acting icon of the future.

Trouble in the Royal Family will see members relinquished of official duties.

The BBC licence fee will be abolished or reduced.

A massive review of UK education will see standards improved from nursery to university. Interest in veganism will plateau.

The Vale of Evesham asparagus will be heralded as the most prized vegetable worldwide.

Despite headlines heralding the death of the high street, Jemima thinks smaller stores and independent retailers will flourish where giants are failing.

he says the idea of shopping local will start to mean something to people once again.

Meanwhile a renowned showbiz personality is tipped to announce his unexpected retirement from public life and be honoured for his achievements.

She also predicts radical education reforms from nursery to university, with more challenging standards across the board.

Despite interest in Veganism growing significantly over the previous decade, Jemima thinks it could plateau in 2020 as people struggle to embrace life without animal products.

How the Asparamancer's predictions panned out for 2019

Result: Depends who you ask: Some will say the Tories’ landslide General Election victory in December will help them carry out the Brexit process, but Boris Johnson still faces the difficult challenge of negotiating a post-Brexit trade deal before a self-imposed deadline of December 2020.

Prediction: The trade war between the American and China will end, but a US recession will affect the entire world.

Result: Wrong: Economic tensions are still ongoing, but the tariff was between the two powers is set to de-escalate as Donald Trump is expected to phase one of a trade deal with China. The US economy preformed well in 2019 and did not suffer a recession.

Result: True: Whether it was 5G networks, expansion of VR and augmented reality, and improvements in zero-emissions energy and carbon capture technology, there was lots going on in the world of tech.

Result: False: The United States won this year’s tournament, followed by the Netherlands, Sweden and England.

Prediction: Big Brother will return to our TV screens

Result: True: After 18 years, the reality show aired its 19th and final series between September and November 2018.

Prediction: Extreme of temperature will become the norm

Result: True: Several temperature records were broken in the UK and across the world. Bushfires ravaged large parts California and Australia, which saw its hottest year ever. Meanwhile the start of 2019 saw extreme cold weather hitting large parts of the US.

Prediction: US romantic musical ‘A Star is Born’ will win an Oscar

Result: True: The film bagged one award for best original song with the Lady Gaga and director Bradley Cooper’s performance of ‘Shallow’. Cooper’s directorial debut was nominated for eight awards.

Result: True: A number of big High Street names including Thomas Cook and Mothercare announced they would close for good.

Result: True: The men’s Cricket World Cup was won by England for the first time ever in July. The country came very close to lifting the Rugby World Cup in Yokohama but lost the final to South Africa.

Prediction: Asparagus will see an all-time high in sales

Result: Unclear: Global demand for asparagus rose over the decade just gone, but it is not clear if 2019 saw a record high in sales.

Is she like the Log Lady on ‘Twin Peaks,’ where the asparagus are talking to her? Or is this something along the lines of the I-Ching where she asks a question and then interprets a pattern after tossing the asparagus?

Oops. I read it as “Mystic Vag.”
And FWIW, every one of her “predictions” were 50/50 guesses anyone reading daily headlines could have made as rightly or wrongly as she did. Her asparagus tossings had nothing to do with it.

If she had been using something tradition like the entrails of goats she would have got better results!

Wait. She “thinks” or she “knows”. I need to know how seriesly to take this.

6 posted on 01/14/2020 12:20:19 AM PST by Texas Eagle (If it wasn't for double-standards, Liberals would have no standards at all -- Texas Eagle)
[ Post Reply | Private Reply | To 1 | View Replies]
To: nickcarraway
If the asparamancer used old Stilton cheese, she could have predicted Hillary will win the election in 2020./s

It’s Hugh and I am taking a flight out tomorrow to find out about my future.

If she says “you’ll still be overweight and eating junk food in 5 years and you’ll still be middle class and no 20 year old blonds are going to come knocking on your door out of nowhere”...

She’s saying he can’t be beet.

My prediction they will impeach him non-stop after 2020, it will be one bif circus with the clowns running wild!

I expect President Trump to be reelected and to be impeached again. My only uncertainty is whether the next impeachment will be about Trump getting two scoops of ice cream, saying something rude about a treasonous globalist, or just beating Hillary and then Bernie when it was their turn to win.

She had nothing to say about when the shooting starts?

I HOPE that you are right and there would be an uprising if he was kicked out.

But I notice my tough talk about that if it should happen getting less and less tough.

It’s comfortable on this here couch and with all the amenities and plenty of food and a nice Dodge Challenger out front.

I’m 51 and the fire that burned TOO fiercely once is a flicker.

That being said, I Pray that I would do the right thing.

Just keeping it real and wouldn’t insult you with a lie.

Everyone knows the real predictors are brussel sprouts and broccoli.

Thanks for inadvertently bringing that to mind.

It looks so innocent. And tasty. Especially with hollandaise.

16 posted on 01/14/2020 2:26:42 AM PST by Harmless Teddy Bear (A hero is a hero no matter what medal they give him. Likewise a schmuck is still a schmuck.)
[ Post Reply | Private Reply | To 14 | View Replies]
To: nickcarraway
This heretic is following a false method of prophecy and speaks blasphemy! Tasseography is the only true method. 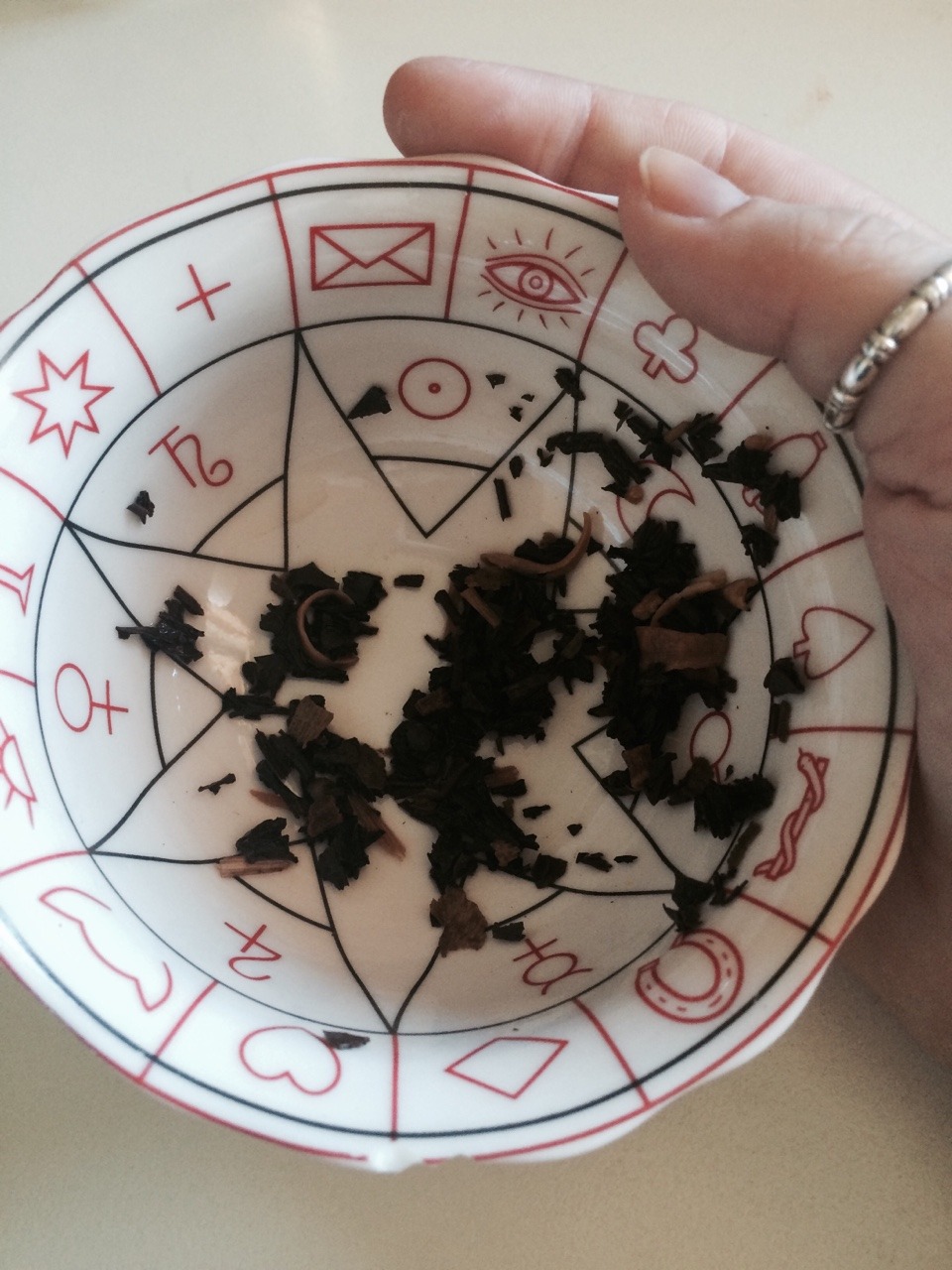 “I’m 51 and the fire that burned TOO fiercely once is a flicker.”

Just wait another 10-15 years.
You’ll be saying “let’s light this thing up! I ain’t getting no younger!”

“That being said, I Pray that I would do the right thing.”

I’m sure you will because you know the difference between right and wrong.

“Just keeping it real and wouldn’t insult you with a lie.”

If the dems keep the house she will be right.