Berlin and Moscow now within range of the vile, apocalyptic Iranian regime...

Most defense experts had heard of individual advanced missile components supplied to Tehran by Pyongyang- but entire nuclear-capable North Korean missiles complete with their massive boosters are a bit of a shocker... and how did they get them there, anyway?

Alas, the BM-25's were indeed serendipitously sent, and are already in Iran... where they are being studied, improved, while the technologies are applied to their space program and ongoing development of an ICBM that can reach the US mainland.

They immediately increase the range Iran's arsenal to 2000 miles from the previous 1200 max... Secret American intelligence assessments have concluded that Iran has obtained a cache of advanced missiles, based on a Russian design, that are much more powerful than anything Washington has publicly conceded that Tehran has in its arsenal, diplomatic cables show.

Iran obtained 19 of the missiles from North Korea, according to a cable dated Feb. 24 of this year...

The missiles could for the first time give Iran the capacity to strike at capitals in Western Europe or easily reach Moscow, and American officials warned that their advanced propulsion could speed Iran’s development of intercontinental ballistic missiles.

There has been scattered but persistent speculation on the topic since 2006, when fragmentary reports surfaced that North Korea might have sold Iran missiles based on a Russian design called the R-27, once used aboard Soviet submarines to carry nuclear warheads. In the unclassified world, many arms control experts concluded that isolated components made their way to Iran, but there has been little support for the idea that complete missiles, with their huge thrusters, had been secretly shipped.

The Feb. 24 cable, which is among those obtained by WikiLeaks and made available to a number of news organizations, makes it clear that American intelligence agencies believe that the complete shipment indeed took place, and that Iran is taking pains to master the technology in an attempt to build a new generation of missiles.

The missile intelligence also suggests far deeper military — and perhaps nuclear — cooperation between North Korea and Iran than was previously known. At the request of the Obama administration, The New York Times has agreed not to publish the text of the cable.

Interestingly, two important Iranian nuclear engineers driving to work this morning had bombs attached to their car by motorcycle-mounted assassins while in motion... one dead, one wounded.

It’s like watching your killer load his gun one bullet at a time knowing what is coming when he’s finished...

They only want them to deliver nuclear energy.

Will Obama be the first President in history to be impeached by his won party and the opposition?

President Biden - now THERE is a guy we can go with.
At least he can keep us laughing as the missiles rain in.

Neither the Germans nor the Russians appear concerned about that fact.

Once again, instead of endangering troops, data from the Wikileaks dump is showing us that our government KNEW and LIED to the US PUBLIC about our enemies capabilities, in order to get elected or stay in power.

President Bush tried to tell the public about WMD’s over there (and not just in Iraq) and was accused of lying.

Now, the Wikileaks dump shows that he was right.

And the tut-tutting eye-rolling snickering critics of Bush’s claim of an Axis of Evil are where exactly today?

Well, since the Germans supplied the Siemans systems for Iran nuclear program -and the Russians most of the rest- they probably don’t appear concerned at this time

Dare not cross them or cut them off tho, eh? Nobody in their right mind would be OK with living within Iranian missile range... please

That was my point. By helping Iran with its nuke program (to the point where Iran wouldn't have a viable program without that help), the Germans and Russians have shown that they're far from being of right mind.

After the mushrooms sprout the RAT party will claim that there was no way to predict it would happen. 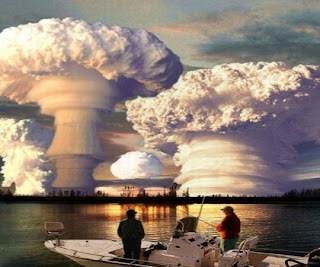 Ping list covering atomic/nuclear/thermonuclear terrifying events and discussions.
FReepmail me if vou want on or off The Comedian's "Nuclear Terror" ping list...

Agreed- I have some serious issues with Tehran’s suppliers as well, they’re the enablers aren’t they

All this talk of nuclear war is depressing. How about a nice little cartoon to cheer us all up?

Actually, I don’t. I keep forgetting to order some from Stan Deyo’s link.

Not exactly cheap as I recall.

Thanks for the reminder.

“That is about the only surprise in the latest WikiLeaks dump.”

All the fuss must be Wikileaks: Turning Conspiracy into Reality.

Clue us all in as to the nature of this sleep-inducing whatever-it-is.

19 posted on 11/29/2010 2:26:01 PM PST by The Comedian (Government: Saving people from freedom since time immemorial.)
[ Post Reply | Private Reply | To 16 | View Replies]
To: The Comedian
Its a charming little cartoon film about what happens to an elderly couple during a nuclear war. Its about an hour long though.

Of course, if you don't like cartoons and that isn't depressing enough for you, how about this one, called 'Threads':

Don't expect a happy ending though...