Many of you dismissed my call for a Hillary Clinton versus Donald Trump rematch as lunacy. “Call me crazy,” I wrote. Some of the more polite responses did.

But it definitely caught the attention of Donald Trump.

How else to explain his out-of-right-field tweet Tuesday after yours truly wrote that Clinton would make a far stronger 2020 opponent than any of the Democrats now running?

“I think that Crooked Hillary Clinton should enter the race to try and steal it away from Uber Left Elizabeth Warren,” the president tweeted. “Only one condition. The Crooked one must explain all of her high crimes and misdemeanors including how & why she deleted 33,000 Emails AFTER getting ‘C’ Subpoena!”

To which Clinton promptly responded: “Don’t tempt me. Do your job.”

Right-wing bloggers went nuts over the idea. Cable talk show panels, already half-bored with the state of the Democratic race, weighed in on the possibility of a Clinton-Trump rematch.

She beat him before and knows she can beat him again. Not like a nuzzlin’ joe behind the gym kind of beating though.

bring strobe lights at her rallies for the seizures..

Liars and Crooks of a feather sure do flock together

I think she doesn’t like the re-opened investigation into her emails and hopes to stand upright, although swaying, long enough to pose any action taken against her (the current request that she participate in a deposition) as President Trump’s supposed “Fear’ of her candidacy. Oh he would have FUN running against her!

Do you think she would win the popular vote again???

PLEASE have your concession speech already written. And PREP yourself doing this in front of the mirror. Don’t miss your opportunity this time to admit your defeat.

“bring strobe lights at her rallies for the seizures..”

BOL! Those little 3 or 4 AA cell flash lights that can become power little strobe lights would be a great addition.

She does not have a team in place (DNC leadership, etc.). That would mean she would actually have to campaign in the primaries. Warren, et al, are not going to roll over and let her stroll to the nomination.

The only reason she won the nomination in 2016 was Wasserman-Schultz in the DNC finagling the special delegates in her favor.

Even a brokered convention might not go in her favor.

Then why is she not the President if she beat him before? Am I missing something? Certainly there would be non-stop coverage regarding her not being inaugurated after beating Donald Trump, don’t you think?

its a shame that public office attracts so many crooks, corruptoids, liars, and thieves

i guess the concentration of so much “other people’s money” and the power we’ve given (alas!) “our” government ...
are just too attractive for the greedy, power-hungry thieves
to resist (not that they’d ever do so)

scaling back the federal (and Californication) governments...would help reduce both the lure and the extent of the corruption

one thing I like about PDJT is that he’s not shy about calling a crook a crook, and a liar a liar. I just wish he could Drain the Swamp a whole lot more of the ones that are in there

Frankly, Hillary is the strongest candidate they have, other than one of the Obamas. That doesn’t mean the Dems will win but the Clintons are capable of doing any evil under the sun to win. Plus, she and her media asses will bray all day and all night how 2016 was “stolen” from her and, of course, the media will not be able to offer *any* evidence of it. They just hope the constant lying will convince you it’s true. 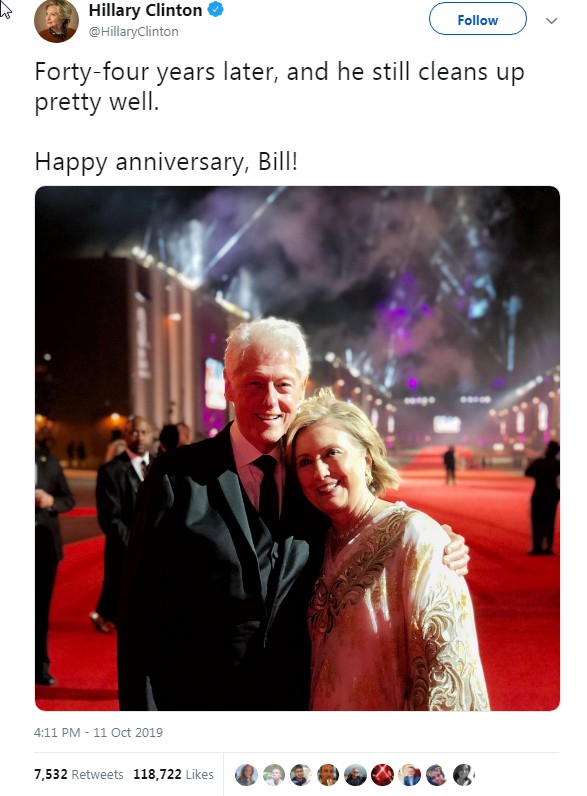 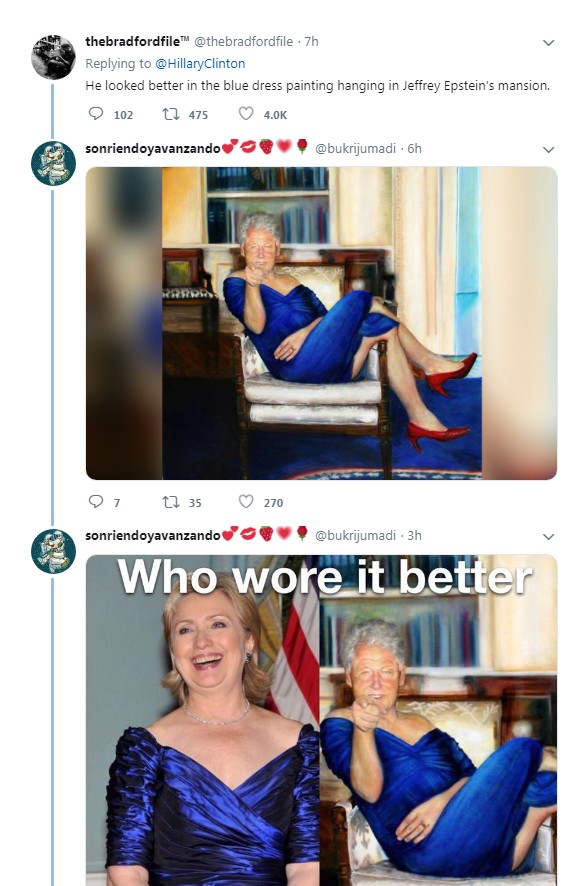 She’ll need one of those industrial strungth walkers by then...

She says she “beat him” in the popular vote totals. But obviously she didn’t beat him in the Electoral College and that’s all that matters.

Ever hear the story of Baer Rabbitm Willie?

Don’t underestimate the enormous fraud that’ll take place this time around especially states where trump won on 16! Even trump mentioned the fraud last night in his rally..he knows what he’s against going into 2020!! The evil rats had a successful trial run already on 18! If you think it was chaotic in 16 YOU GUYS HAVE’NT SEEN NOTHING YET!!! This presidential election might end up in court!! Honestly, I’m not looking forward to 2020 ..CW2 might just break out!! OBTW the voting computer machines were assembled in CHINA, remember those two navy ships that collided with the oil tankers? Accident, negligence?...I think NOT!! The Chinese have very sophisticated tools at their disposal I would not doubt for one minute they will be the ones to interfere in the 2020 election. They’ve got trillions of dollars to lose it Trump is reelected! The mediaVOMITS along with the swamp cabal, the witch from hell, who didn’t bow out with honor, and Ovomit’s demon hordes have semi crippled the USA election for years to come!! The well has been poisoned!!